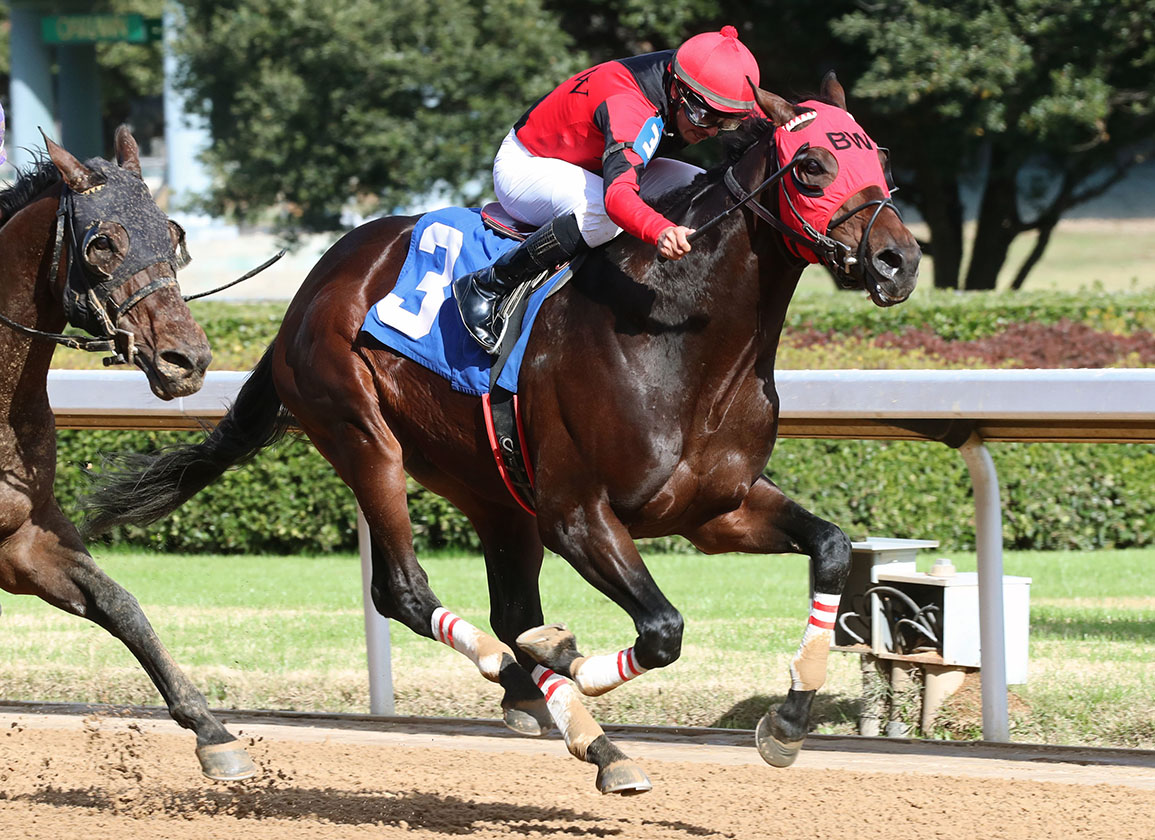 Beverly Park (Munnings) is far from the best horse in the sport. But he's certainly the hardest working. His win Thursday night at Charles Town in a starter allowance came in his 14th start on the year. No other horse has run more than 11 times in 2022. It was also his second start in five days and his fourth in 28 days.

That may seem like more than a horse can handle, but it's working. One of the most prolific winners in the sport, Beverly Park has won six races this year, had an eight-race winning streak last year, and has won 13 of 22 starts since being claimed by owner-trainer Norman (Lynn) Cash last August. He's made $110,754 on the year.

“Whether a horse is running or whether the horse is not, most horses are still doing a timed work about every seven to nine days,” Cash said. “I just decided that instead of working him, let's go up and down the road and put him in these nickel starters. It's not officially a paid workout, but in a sense that's exactly what it is.”

It's not just Beverly Park. Cash, who started his first horse as a trainer on April 23, 2021, doesn't buy in to the philosophy that horses thrive when given plenty of rest between races. If you're a member of the Cash stable and are sound and healthy, don't expect to get a lot of time off. Cash has started Sir Alfred James (Munnings) nine times this year, including in the May 7 GI Churchill Downs S., where he was fourth. Outlier (Not This Time) has made eight starts on the year. Cash said he typically likes to give his horses no more than 12 to 14 days off between starts.

When Beverly Park showed up in a $12,500 claimer last year at Belterra Park, Cash was eager to get him into his stable. The then 4-year-old was coming off a 15-length win in a $5,000 claimer, which made him eligible for the lower-level starter allowance races, which have become more and more popular with racing secretaries. Beverly Park won the $12,500 claimer, the second win in the streak that would grow to eight straight before he was beaten in an allowance race in November at Churchill Downs.

Beverly Park made 10 starts in 2021, more than the average horse. But he was just getting warmed up. He made his first start this year on Jan. 2 at Oaklawn. Since, the longest time he has had between races is 20 days and he's run back in five days three times and in four days once. He's run at six different tracks.

Cash is shopping for another starter allowance to run him in within the next week or so and then will give Beverly Park what is, for him, a lengthy layoff. Cash is pointing for a June 15 allowance at Churchill, which means Beverly Park will have three weeks or more off between races.

In this day and age, it's an atypical way to campaign horses, but Cash is not your typical trainer. His family owns a roofing business, Built Wright Homes & Roofing, and Cash and his wife Lola owned a handful of horses over the years before he decided to try his hand at training.

“I love horses and bought a couple of racehorses back in 2012,” he said. “I fell in love with it. We had three to five horses every year. A little more than a year ago, I felt like I had gotten somewhat of an education and told my wife that I'm either going to shut up or put up. I was going to jump in and do this.”

His stable, split between Laurel and the Thoroughbred Training Center in Lexington, now includes more than 40 horses. There are no outside clients. Every horse in the barn is owned solely by Cash's Built Wright Stables. He doesn't treat this as a hobby but as a business. Cash is in it to make money and believes that means that he needs to get the most out of every horse when they are sound and in good health.

“Necessity is the mother of invention,” he said. “My wife and I own all our horses. The bills come due. They cost money to keep, cost money to feed, cost money to exercise. We are trying to remain profitable. This a business. When there are outside owners involved, a lot of times the horse will stay in the barn five, six weeks, but, for the trainer, there's still a check that comes in every month. If we don't run, we don't get paid. I am trying to make this profitable for the owner and that's because I am the owner.”

Cash has won 21 races on the year with earnings of $836,862. He says his stable has shown a profit in every month but one since it was established last year.

“If I don't make money at this, I'll have to go back to selling roofs and I don't want to do that,” he said. “That's not as fun as this. To me, training horses isn't work. It's fun.”
If he keeps up the pace that he has been on, Beverly Park could make as many as 40 starts this year, a staggering amount. But there's no sign that he can't handle the load.