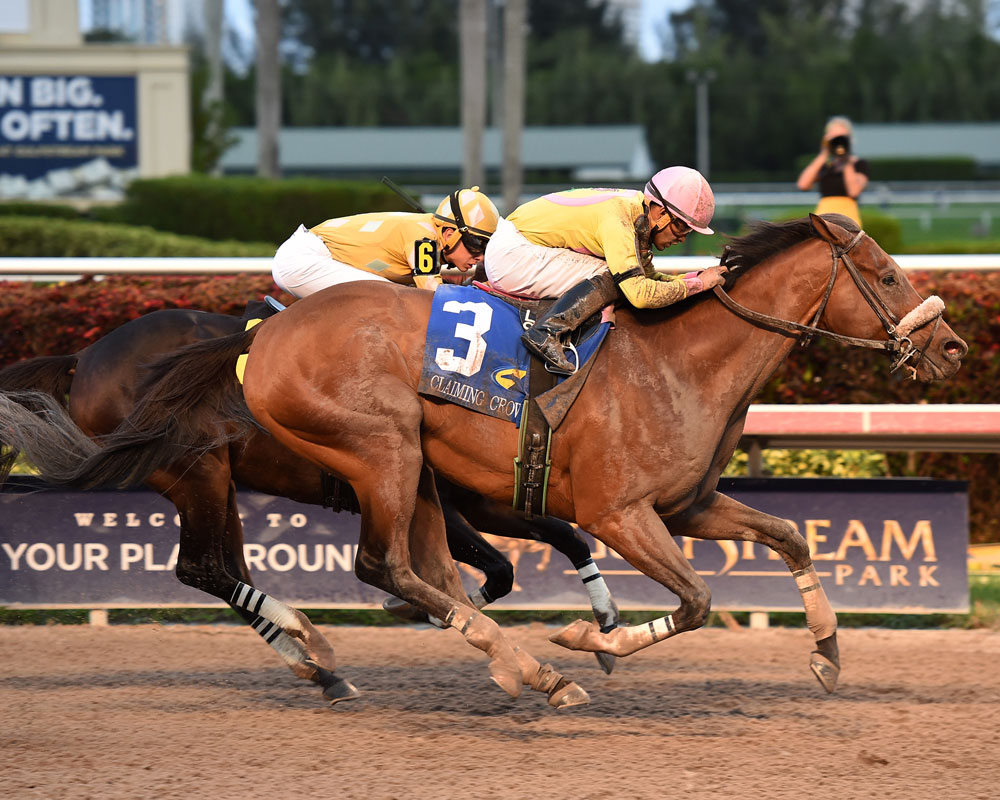 Michael Dubb, Bethlehem Stables and Gary Aisquith's hard-knocking Royal Posse (Posse) made hard work of it, but called upon all his grit to find the line just ahead of Diamond Bachelor (War Front) and successfully defend his title in Saturday's $200,000 Claiming Crown Jewel on opening day of the Gulfstream Park winter/spring meeting Saturday afternoon. The Jewel is a starter stakes restricted to horses who have started for a $35,000 claiming tag or less since Jan. 1, 2015.

Claimed by his current connections for $20,000 in May of that year, the New York-bred 5-year-old had not finished out of the exacta in his 13 starts since, including his 2 1/2-length success in this event 12 months back. An iron horse in his own right, Royal Posse was having his ninth run of the season Saturday afternoon and was exiting the richest victory of his career in the $300,000 Empire Classic S. in the Belmont slop Oct. 22.

Allowed to track the pace after a smooth dispatch from gate three, the bay was niggled along fully a half-mile from home and by the time the field had reached the midway point on the turn, the 7-10 chalk appeared one-paced and destined to be off the board. But, kept busy by Luis Saez, he was shifted out four deep at the top of the lane and was able to peg back Diamond Bachelor in the dying strides (video).

“He's a really game horse. Every time, he tries so hard,” said winning trainer Rudy Rodriguez. “I know the stretch isn't as long as the stretch at Saratoga and Belmont, but he did it. I'm very happy and proud of him.”