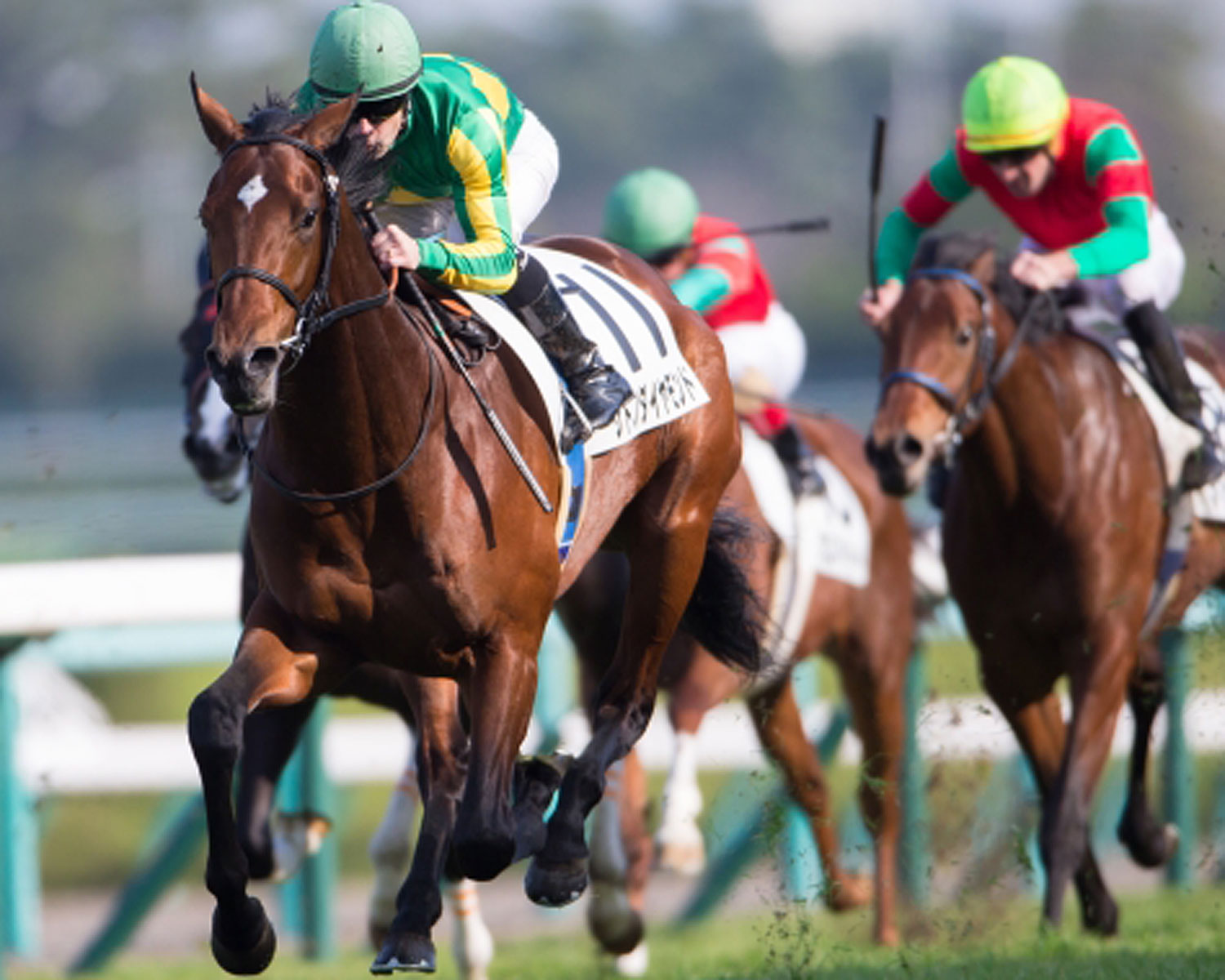 Perfect when odds-on in two tries over 10 furlongs late last season, Satono Diamond was the 1-5 chalk Sunday facing Leukerbad, whom he also defeated by 2 1/2 lengths on debut at this venue in November. Ridden by Christophe Lemaire, the star-faced bay raced worse than midfield a few paths away from the inside as Yutaka Take stalked his every move aboard Leukerbad from just behind the favorite. Satono Diamond cruised up under a hold to bid four abreast inside the final 400 meters with Leukerbad poised, but he hit another gear with a furlong to race and whooshed home an impressive winner. Les Planches (Jpn) (Deep Impact {Jpn}) rallied late to just touch Leukerbad out of second.

The winner is the first foal from his dam, a three-time Group 1 winner in Argentina and twice placed in the G1 Estrellas Distaff. She produced a filly by Stay Gold (Jpn) and a filly by the latter's son Orfevre (Jpn) in 2015. She is due to foal a full-sibling to Satono Diamond this winter.