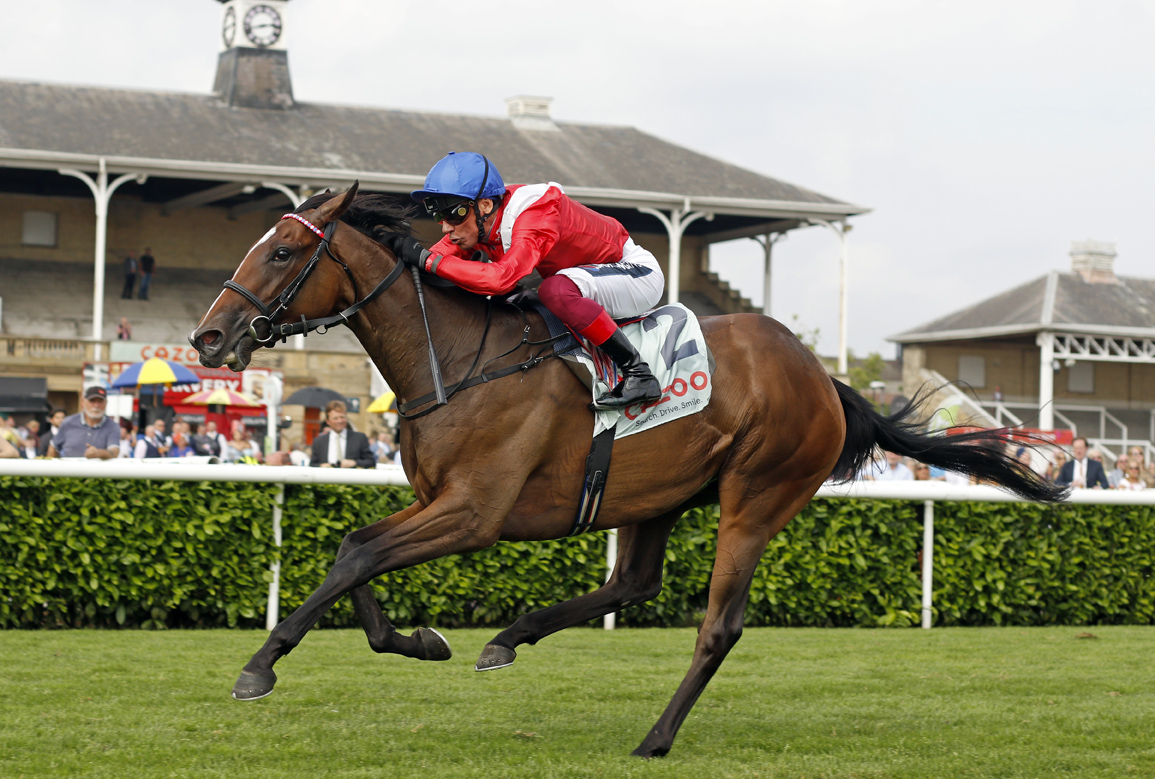 Cheveley Park Stud's hitherto undefeated 2-year-old filly Inspiral (GB) (Frankel {GB}) lit up Sandown with an impressive 3 1/2-length tally in going seven furlongs in July's Listed Star S. and took her record to a perfect three-for-three with another taking display upped to one mile for Thursday's G2 Cazoo Park Hill S. at Doncaster. The homebred bay had previously overcome a slow start to open her account with a 1 1/2-length score in a June 26 seven-furlong maiden at Newmarket and remains on course to return there for the Oct. 8 G1 Fillies' Mile, a double last achieved by Laurens (Fr) (Siyouni {Fr}) in 2017. Inspiral went postward as the heavily-favoured 2-9 pick and bowled along under cover in fifth through halfway of a contest won in the past by breed-bending distaffers Height of Fashion (Fr) (Bustino {GB}) and Rafha (GB) (Kris {GB}). Angled into the clear soon after passing the three-furlong marker, she powered to the front approaching the eighth pole and lengthened clear in the closing stages to easily account for the pacesetting Prosperous Voyage (Ire) (Zoffany {Ire}) by 3 3/4 lengths. Rolling The Dice (Ire) (Mehmas {Ire}) finished 1 3/4 lengths adrift in third while the forecast rain didn't arrive in time for Kirsten Rausing's homebred Haydock maiden winner Kawida (GB) (Sir Percy {GB}), who was scratched.

“Having a wonderful filly like this, trained by Thady and John [Gosden], these are the days we live for and dream about,” Cheveley Park Stud's Richard Thompson. “It's fantastic to come up here and see her win and she looks special. We've won the [G1] Fillies' Mile a couple of times and we've won the [G1] 1000 Guineas once, but it was a few years ago. We'll go for the Fillies' Mile first anyway and see how we go.”

Thady Gosden added, “She's done it very well. Obviously there were a few good fillies in the race and the ground was probably a bit too quick for her, but she showed plenty of class. She is an exceptional filly, but she's still got plenty of growing to do so we'd be hopeful she'll progress through the winter.”

Frankie Dettori, who extended his record haul in the race to seven, continued, “It was a bit messy as the first two furlongs were slow, she had to learn today to follow a slow pace and then quicken which isn't her style. She's a work-in-progress and I think she'll be better next year when she strengthens up. She's all frame at the moment and I think the Fillies' Mile is where we should go. She's then got all winter to strengthen up and,  potentially, she's a [G1 1000] Guineas horse.”