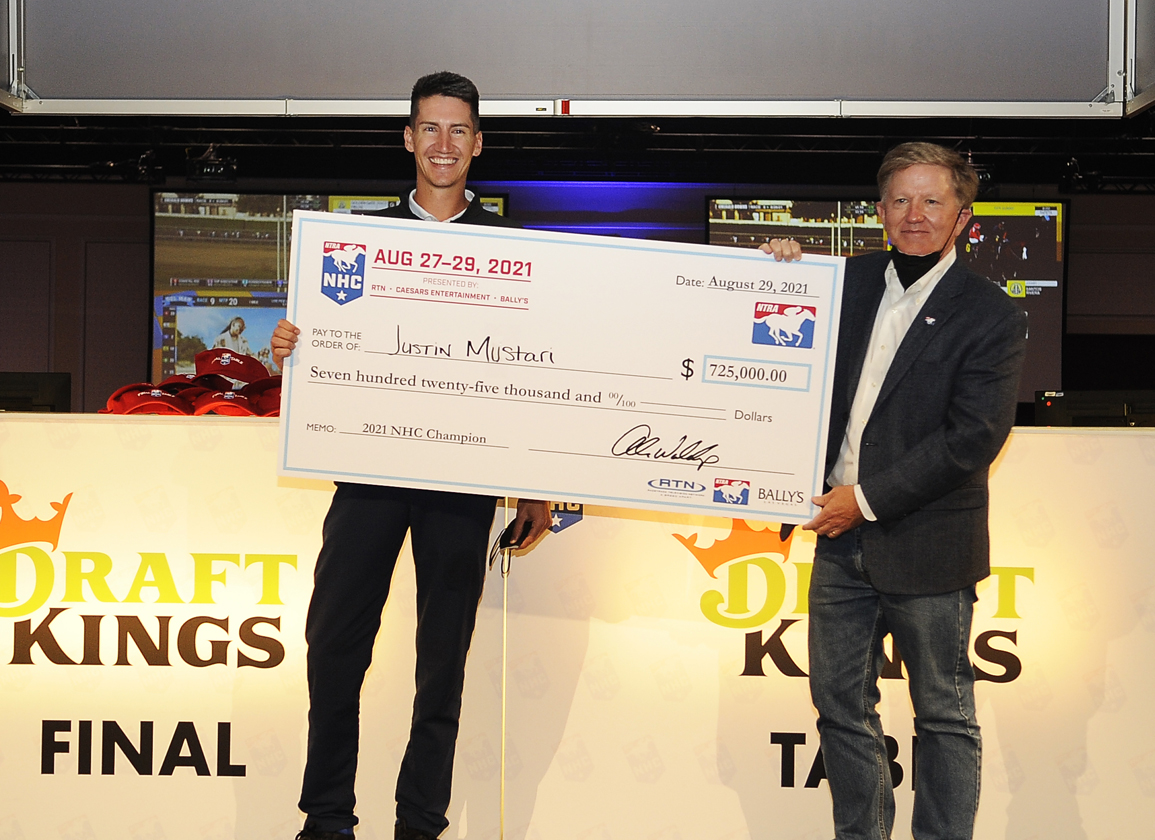 Justin Mustari, a 26-year-old horseplayer from Des Plaines, Ill., won the 2021 National Horseplayers Championship (NHC) presented by Racetrack Television Network, Caesars Entertainment, and Bally's Las Vegas. Mustari became the youngest winner in 22 editions of the NHC. He competed against a field of 563 entries over the three-day tournament from Aug. 27-29, winning the $725,000 first-place prize and an Eclipse Award as Horseplayer of the Year. He also earns an exemption into next year's NHC finals and a berth to the 2021 Breeders' Cup Betting Challenge worth $10,000.

Mustari's winning final score of $370.80 from 52 mythical $2 Win and Place bets was more than $20 higher than second-place finisher and former winner Jose Arias, who was trying to become the event's first two-time winner. The $200,000 second-place prize pushed Arias's all-time NHC earnings to $956,000, behind only the all-time leader, Michael Beychok, who has earned $1,015,300.

“I've got to buy a house because I still live with my parents,” said Mustari, who works for his father's insulation contracting company. “My dad has been the reason I play this game and he taught me everything I know so I have to give a lot of credit to him.” Frank Mustari, the winner's father, has competed in past editions of the NHC.

The official Top 10, with final bankroll (and prize):

The full NHC and Consolation Tournament standings and prizes can be accessed at ntra.com.

The 2021 NHC was the culmination of 256 qualifying contests held online and at racetracks and OTBs in 2020. From those contests, there were 35,730 entries played. The event was postponed from its usual winter dates due to the COVID-19 pandemic and was held for the second consecutive year at the Bally's Event Center. The next NHC will be held Jan. 28-30, 2022, again at Bally's Las Vegas.