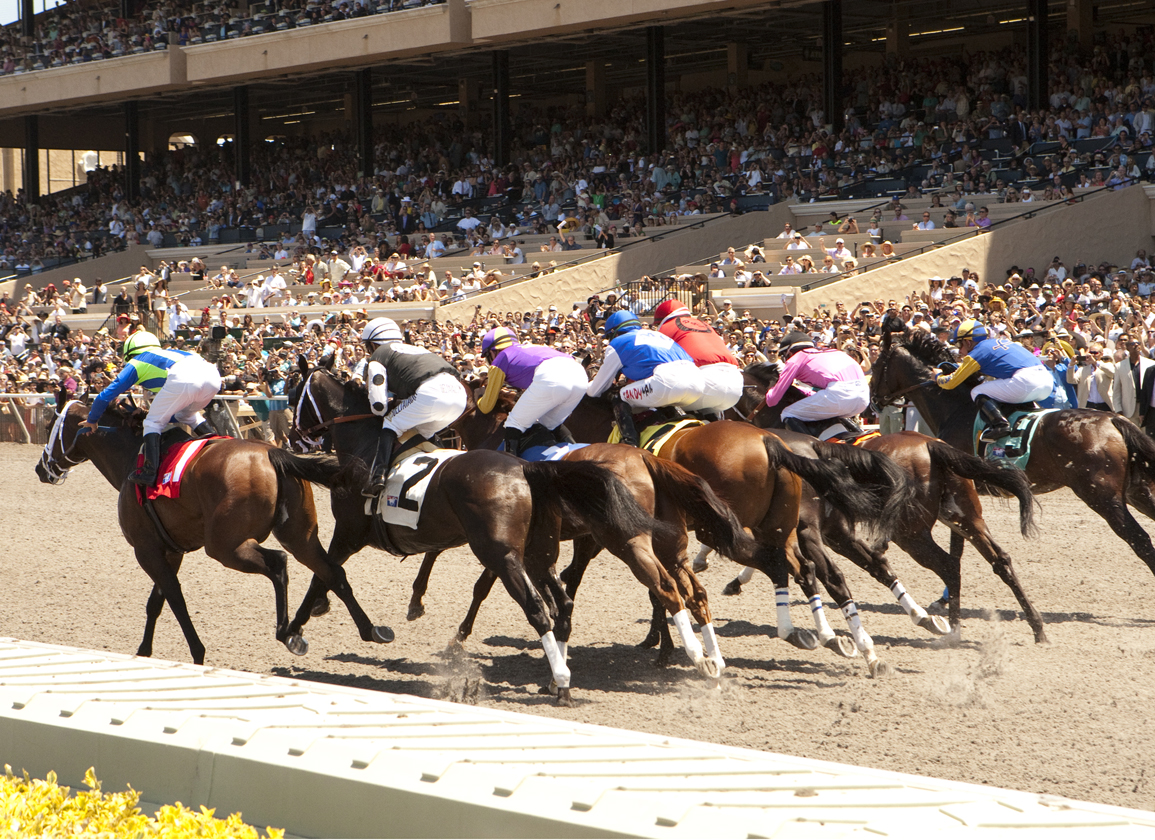 The California Horse Racing Board (CHRB) on Wednesday unanimously approved a 2022 race dates schedule that looks similar to this year's version, with two significant tweaks: 1) Santa Anita Park will take a mid-April break in the midst of its six-month meet; 2) Del Mar Thoroughbred Club (DMTC) will have a summer-meet closing date of Sept. 11, a departure from tradition that will extend the meet six days beyond Labor Day.

The dates allotment was unanimously approved at the Sept. 15 CHRB meeting. The process itself was surprisingly streamlined and without controversy compared to the contentious annual calendars put together in the back half of the 2010s decade, when both commercial and county fair tracks routinely battled each other and the CHRB over choice dates while the arguing often dragged on for months.

Nate Newby, Santa Anita's senior vice president and general manager, said his track is a willing participant in the CHRB's proposal for it to go dark for the three racing dates on the weekend that follows the GI Santa Anita Derby.

Santa Anita (32 weeks of racing, the same as in 2021) will also have the option of staying closed for another “flex week” after that that will be dependent on weather, the condition of the turf course, and field sizes.

“We're hearing the [positive] feedback from basically all of the stakeholders and we support [the scheduled time off], not only to give the horses and horsemen a little bit of a break during a six-month meet, [but to] reset the horse population,” Newby said. “It also gives us a chance to do our turf course maintenance, which our team really needs to do.”

Given Santa Anita's now-customary Friday-through-Sunday race week, that would mean scheduling a dark weekend Apr. 15-17 with the flex week option involving Apr. 22-24. Including the in-between weekdays that are normally dark dates anyway, that could mean a gap in the racing schedule that extends from Monday, Apr. 11 through Thursday, Apr. 28.

“Our thought there is if we had quite a bit of rain in February and had to cancel some days and the horse population was built up and horsemen needed opportunities to run and the turf course was in good shape, then we'd look at running [Apr. 22-24],” Newby said. “But if it was a dry winter/spring we'd probably look at taking two weekends off.”

Del Mar will still be running an eight-week meet in 2022. But even though its dates allocation begins July 13, opening day won't be until July 22 because of a calendar quirk related to the San Diego County Fair, which annually precedes the race meet at the same venue.

The CHRB awards race dates in Wednesday-Tuesday weekly blocks to determine simulcasting privileges, so Del Mar will take that first week as “dark,” thus creating a 10-day cushion of no SoCal racing leading into its meet.

In a letter to the CHRB that was included in the meeting packet, Del Mar president Josh Rubinstein wrote that, “Due to the way the calendar falls in 2022, the timeline of the San Diego County Fair and track maintenance scheduling to provide for the safest racing and training environment, DMTC will need to begin racing a week later as compared to 2021. This also will result in our summer meet running the week after Labor Day.”

The 2022 SoCal schedule will be as follows (again, the dates allocations are in blocks, with actual race dates to be approved by the CHRB just prior to each meet):

The 2022 NorCal schedule will be as follows: