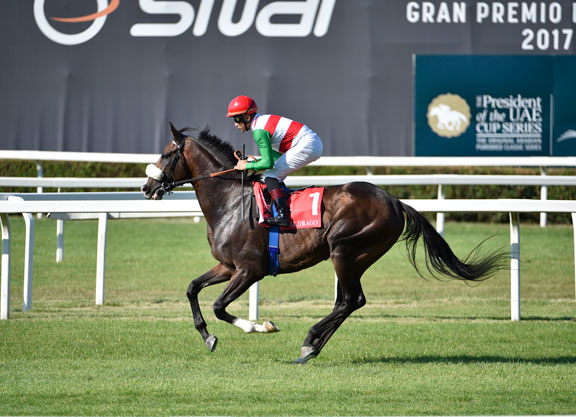 Racehorse trainers in Milan, Italy may be forced to leave the San Siro training facility adjacent to the historic racecourse after receiving a letter late last month from the property's owner, Snaitech, asking them to vacate within 120 days.

According to Moreno Meiohas, a racehorse owner in both Italy and France, the trainers' standoff with Snaitech-which owns both the San Siro Racecourse and training centre–began in December when the company asked them to sign a contract that included Snaitech's commitment to running the facility for 36 months, but with the caveat that the trainers could be asked to leave at any time with 180 days notice at Snaitech's request. The trainers' declined to sign the contract. Around 40 trainers and 450 racehorses are based at the San Siro training centre.

Snaitech-known as Snai prior to integrations with Cogemat/Cogetech and later the London-based Playtech in 2017 and 2018–acquired San Siro Racecourse in 1997 after purchasing Trenno Spa, the company that founded the racecourse in 1911.

In addition to being a racehorse owner, Meiohas is the proprietor of a company that sells equine supplements and pharmaceuticals. He lives across the street from San Siro and is the head of a committee of horse people fighting to stay at San Siro.

“My passion is my business so I'm involved in it 100%, and this is a disaster,” Meiohas said. “We have tried to explain to Snaitech that if we leave the stables, it will kill racing in Milan and all of Italian racing will suffer. It will kill the turf. It will kill everything; the [livelihoods of] vets, trainers, owners, starters–everything.”

Meiohas said lawyers have been negotiating on behalf of the trainers with Snaitech since early 2020. He said that while San Siro Racecourse isn't in direct danger-it is a designated “liberty monument”-there are no other training centres in the vicinity and therefore it wouldn't be feasible for trainers to run their horses in Milan should they be forced from the training centre. He said trainers are also concerned that the standoff will affect confidence of owners heading into the autumn yearling sales.

“For 120 years horses and horse people have been based in this area; Federico Tesio, Ribot, Frankie Dettori-all of our history, the present and the future is here,” Meiohas said.