Home » Archive » Shared News » This Side Up: Some Processions and a Funeral

This Side Up: Some Processions and a Funeral 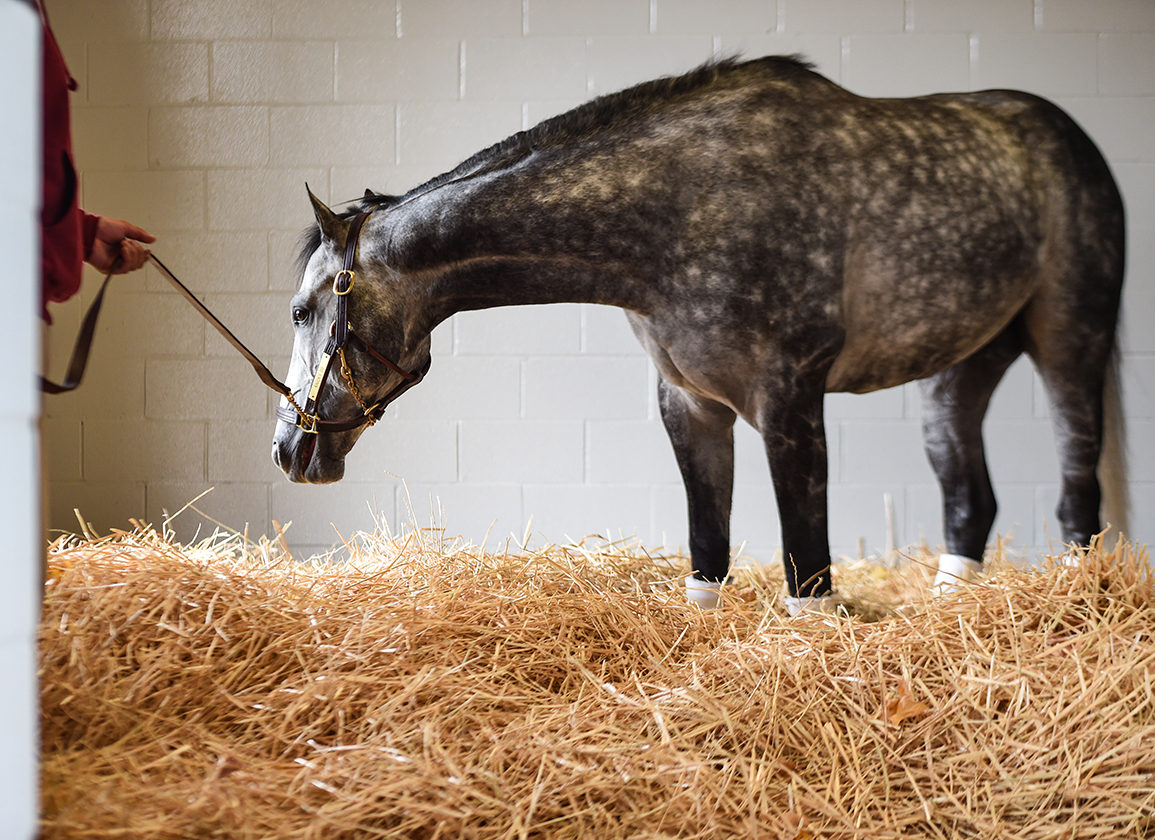 Though yielding to few other Englishmen in stubbornly championing the merits of the speed-carrying dirt horse, I must admit that I have been somewhat less voluble over the past week. After so much anticipation, it felt like there were just too many Breeders' Cup races decided within strides of leaving the gate.

Obviously track surface and configuration can often be a factor, but perhaps the proliferation of methods introduced from Quarter Horse training has also contributed to the times when dirt racing can appear lacking in subtlety. The GI Distaff, admittedly, suggested that attrition from the front end can be overdone–and no doubt that contributed to a disappointing timidity among one or two riders when it came to putting early pressure on Knicks Go (Paynter) as he sized up that 10th furlong in the GI Classic. But there should be more than two dimensions to any horserace. Perhaps it was the psychology of competition, for instance, that unravelled the Distaff pace (21.84; 44.97; 1:09.7) when compared with the one by which Life Is Good (Into Mischief), admittedly at a shorter trip, so serenely burned off overmatched pursuers (21.88; 44.94; 1:08.76).

Purely as a spectacle, the Classic felt an instant anti-climax, the jockeys apparently opting for “a play within the play” to resolve the sophomore championship. In the event, they didn't even manage that to everyone's satisfaction. Regardless of other factors complicating his status, however, Medina Spirit (Protonico) is actually pretty instructive of how dirt racing can become deficient in theatricality. He has been pivotal in reducing both the premier races on American dirt this year to processions. In the GI Kentucky Derby, the protagonists were more or less in their final positions at the clubhouse turn, and Medina Spirit was permitted to control a pace that–as I've remarked before–nowadays suffers from the unavailability of starting points in sprints. At the Breeders' Cup, his contrastingly meek submission to whatever tempo suited Knicks Go felt barely less decisive.

That's why the standout sophomore race of the year was so plainly the GI Belmont S., where Hot Rod Charlie (Oxbow) threw down those historic fractions and yet retained enough energy to keep smacking Essential Quality (Tapit) in the face almost all the way down the stretch. That's what dirt racing can give us, at its best: the kind of gradual, operatic crescendo we saw, for instance, in another Classic staged on the Pacific coast not so long ago, when Arrogate (Unbridled's Song) drew the sting from California Chrome (Lucky Pulpit).

Del Mar is a rather more cramped arena, but that didn't stop a series of winners making superior acceleration count in the turf races. Both disciplines have a delicate equilibrium, in terms of pace. It's often too slow in North American grass racing, by European standards, resulting in a crapshoot and unlucky defeat for the fastest finisher. On dirt, however, tactics can sometimes seem to neutralize that kind of brilliance altogether. The two big juvenile races on the main track, remember, produced spectacles pretty well as sterile as the Classic.

As I'm always saying, this is a two-way street and the gene pools either side of the ocean will always benefit from mutual transfusion. In terms of the speed-carrying dirt model, however, you couldn't ask for a much better package for stud than Knicks Go, whether in performance or paternity.

Paynter's dam has turned out to be one of Nature's aristocrats, while those of us who cherish Deputy Minister as a distaff influence are delighted that his legacy is being maintained through the top line, too. As such, it feels very wholesome that Paynter has so rebuked the commercial market for its culpable separation of “run” from “sell”.

This, to be fair, is a pretty universal phenomenon. Ludicrously, for instance, Nathaniel (Ire) can in Britain still only command £15,000, despite consistently enhancing his resumé–including, over the past month alone, the GI E.P. Taylor S. winner and a G1 Melbourne Cup podium–since producing Enable (GB) from his debut crop.

Knicks Go, in his new career, will himself offer exactly the kind of unflinching commitment and durability that would help redress the witless infatuation of European commercial breeders with speed and precocity. But let's not forget that he was also a Grade I winner at two, and that the only horse to beat him in three visits to the Breeders' Cup is juvenile champion Game Winner (Candy Ride {Arg}).

While he has earned Paynter a small increment, to $10,000 from $7,500, Knicks Go's own starting fee has perhaps been held down not only by their kinship but also by the left-field names seeding his maternal family. All I'd say is that while his first three dams are by Outflanker, Allens Prospect and Medaille d'Or, these are respectively sons of Danzig, Mr. Prospector and Secretariat. (Besides, variegation in the bottom line hardly restrained American Pharoah–first three dams by Yankee Gentelemen, Ecliptical and Tri Jet–in his Triple Crown campaign.)

Of course, not even turf stallions in Kentucky can penetrate the myopia of European breeders. Certainly they have missed a trick in English Channel, whose sudden loss has come as such a heartbreaking shock. He couldn't have done more to arrest their attention than to round off the fourth season of a career that began with Saratoga juvenile success than by thrashing the raiders in the GI Breeders' Cup Turf. In the past seven years, however, he has had precisely seven starters in Britain.

We're used to that. Among dirt sires, not even Tapit is apparently deserving of a chance in Europe; while Kitten's Joy has been unrewarded for producing champion Roaring Lion among other elite horses from a small export sample. In the past couple of years, English Channel had usurped even that titan as the premier turf stallion in America, and he nearly exited in style when War Like Goddess ($1,200 weanling, $30,000 2-year-old) was collared by just half a length last Saturday.

The fact that the winner was one of two on the card for Japanese raiders must be recognized as a straw in the wind. Japan has become a sanctuary for many stallions who cannot get commercial traction in Kentucky or Europe. We recently lamented the fact that neither of those markets could match Japan's valuation of Poetic Flare (Ire) (Dawn Approach {Ire}), a miler tough and classy enough to run first, sixth and second in three Classics over 22 days. But if a stallion as accomplished as English Channel has failed to achieve commercial success, when right under their noses, then we can't expect breeders in the Bluegrass to show any more imagination than their peers over the water.

Commiserations to the Calumet Farm team. Not all their experiments are going to work as well as English Channel, but at least they are trying to redress the most grievous genetic gaps in the modern breed. This was a stallion who not only produced tough, sound, relentlessly thriving horses, as has Paynter in Knicks Go. He also traded in the flair so critical to grass racing. Looking at the main track last weekend, did that feel like another asset we can do without?

This story was posted in Shared News and tagged Breeders' Cup, Chris McGrath, English Channel, Knicks Go, This Side Up.