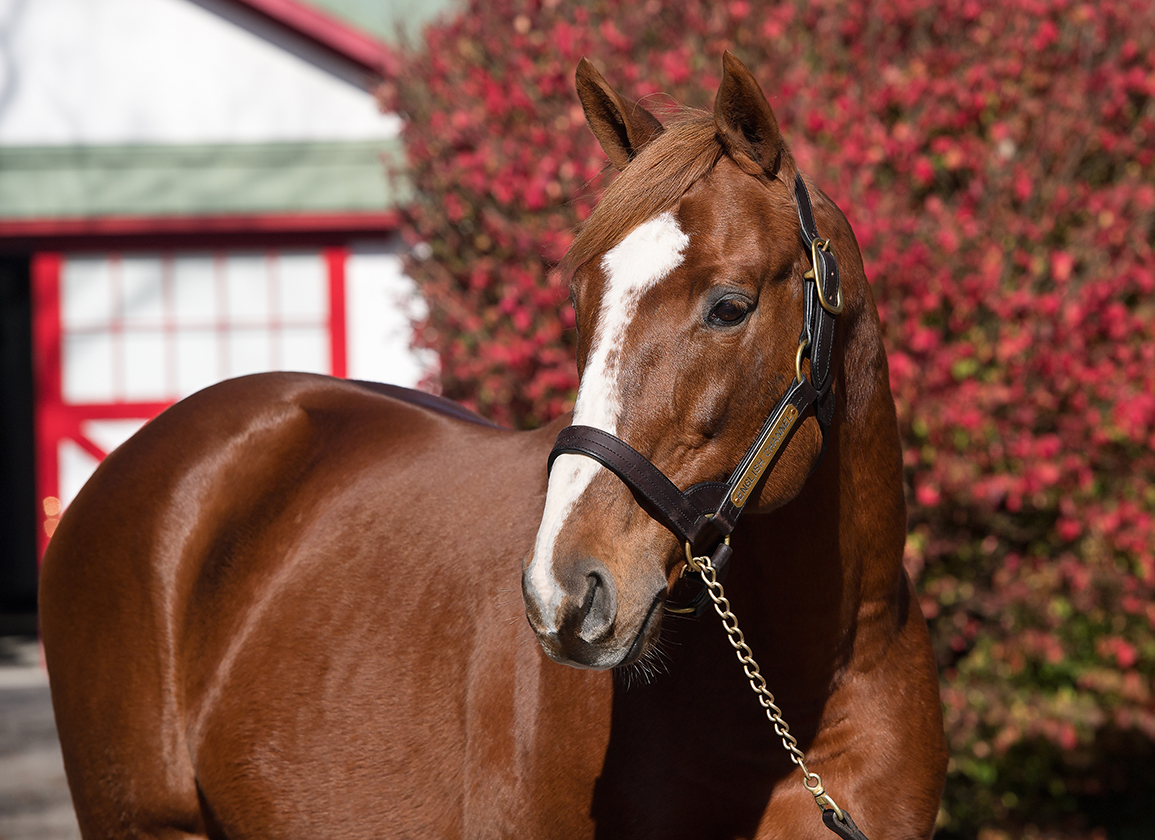 Calumet Farm's perennial leading turf sire English Channel (Smart Strike–Belva, by Theatrical {Ire})'s health rapidly declined in the past 24 hours under the care of top equine specialists at Rood and Riddle and he passed away Thursday morning.

“English Channel certainly went out on top,” a release from Calumet Farm read. “He was the number one turf sire for the past two years and you could consistently find his progeny on the board in the top turf races across the country. English Channel has meant so much to Calumet throughout the years and we appreciate all the breeders who also supported him.”

English Channel will be buried in the famed Calumet cemetery alongside many other champions from the farm's storied history. “It is a well-earned and fitting final resting place for such a spectacular horse,” a release from Calumet read.

Currently ranked second on the leading turf sires list for stallions standing in North America and 17th on the general sires list, again for North American-based stallions, English Channel was the 2007 Eclipse champion grass horse and tallied six Grade I wins during his racing career, highlighted by victory in the 2007 GI Breeders' Cup Turf at Monmouth. The $50,000 Keeneland September graduate was campaigned by James T. Scatuorchio and trained by Todd Pletcher. He was bred in Kentucky by Ann McBrayer's Keene Ridge Farm.

The 19-year-old stallion has produced six Canadian champions during his sire career, as well as the 2020 Eclipse champion turf male Channel Maker. His 11 crops of racing age include 62 Northern Hemisphere black-type winners and 32 graded winners, including 2021 Grade I winners War Like Goddess, Two Emmys, and Channel Cat. War Like Goddess rallied from last of 12 to finish third as the 2-1 favorite in Saturday's GI Breeders' Cup Filly & Mare Turf at Del Mar.

English Channel is the sire of 12 Grade I winners.