Home » Archive » Shared News » This Side Up: Ready for Our Close-Up?

This Side Up: Ready for Our Close-Up? 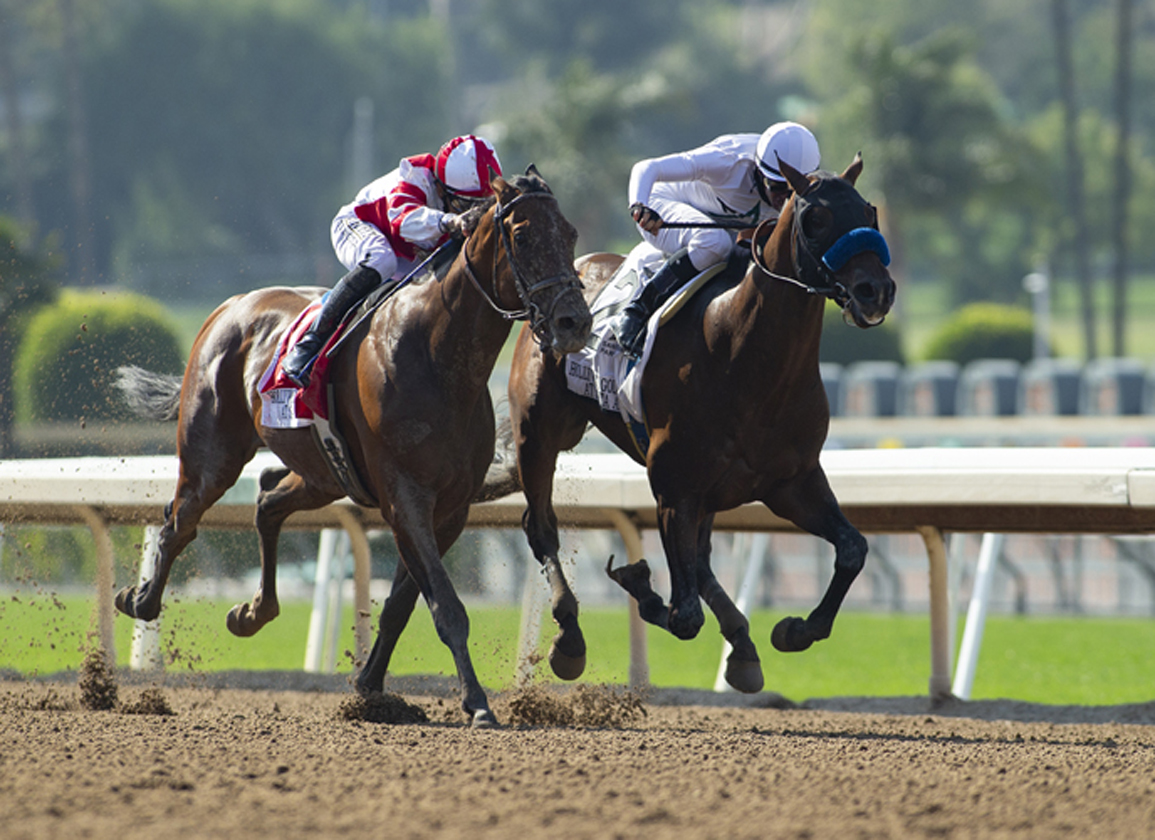 “I am big. It's the pictures that got small.”

That, unforgettably, is how we meet Gloria Swanson in Sunset Boulevard; and that, you fear, is rather how we meet the faded star of Memorial Day Weekend.

Aptly, the first name carved onto the Hollywood Gold Cup has itself become that of an Oscar nominee. Seabiscuit was followed by some of the icons of our sport's golden age: in the 1950s, Bill Shoemaker won the race three years running on Swaps, Round Table and Gallant Man. But the race was exiled from the rubble of Hollywood Park after 2013, and Monday's edition will not match its legacy in quality nor even in quantity.

(To listen to this as an audio column, click the play button above.)

In fairness, we are actually on a hugely credible streak of winners, including a couple who consecutively rounded off the same campaign with success in the GI Breeders' Cup Classic, in Accelerate (Lookin At Lucky) and Vino Rosso (Curlin). But while last year's winner Country Grammer (Tonalist) has also reiterated his excellence since, he has done so in the opulent desert races that have drastically diluted another storied race, and one native to this track, in the GI Santa Anita Handicap.

My compatriots in England will bleakly recognize that syndrome, whereby heritage must serve as a substitute for purse money. (Interestingly the welcome restoration of the Hollywood Gold Cup, after an uncomfortable stint as “the Gold Cup at Santa Anita”, was accompanied a couple of years ago by a further decline in its value.) But the past can only ever be a viable foundation for the future if we engage properly with its lessons, and respect the standards that it has handed down.

Because while there have been specific issues for this race and the Big 'Cap, a short field is also a snapshot of far deeper challenges facing our sport–and not just in California, albeit our friends there certainly find themselves in the front line.

Okay, so the bloodstock market appears heroically invulnerable even to war and inflation, doubtless stimulated by cheering glimpses of viability in Kentucky and elsewhere. But nobody, coast to coast, can be complacent about California's exposure in recent years in terms of what we're learning to call the “social licence”. While we owe a debt of collective gratitude to those who did so much to get their house in order, the subsequent travails of the West Coast's outstanding achiever have hardly been helpful to the image of the sport.

But while a few investors appear to have defected east, many of the factors behind short fields are plainly operative even in environments that imagine themselves to be thriving. For the fact is that the elite program has never been tightened in response either to a long decline in the foal crop, nor to the changing behavior of modern trainers and their patrons.

The latter have corralled their most expensive stock in the hands of a few so-called “super-trainers”, whose neurosis about strike rates will keep their horses apart when possible. And these trainers, in turn, have compounded that problem in their apparent dread of running a horse any more than once every three moons.

And that's where the rather tiresome arguments renewed over the past couple of weeks, about the competence of the 21st Century Thoroughbred for the Triple Crown schedule, can be virtually repeated when it comes to scarcity of competition across the next tier of the pyramid. 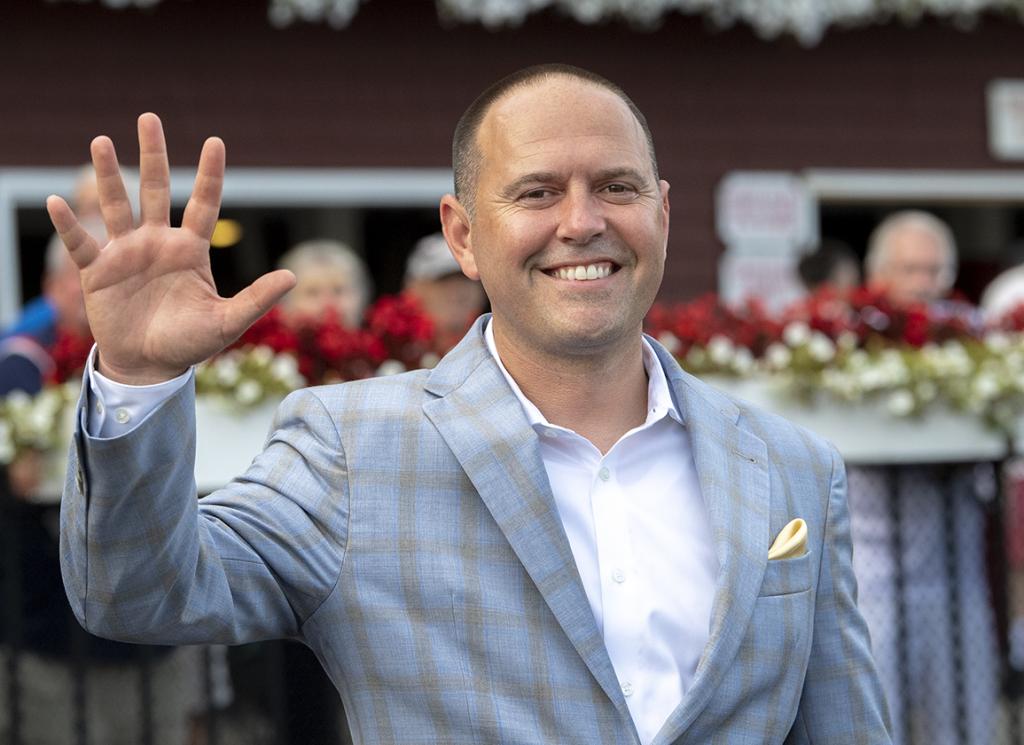 Chad Brown is to be congratulated for expertly completing another ambush of the GI Preakness S. field, with a fresh horse, and we know him to be resolute in spacing out the starts made by his horses. As such, his huge success has certainly contributed to the prevailing culture. It was heartening, then, to hear him tell the TDN Writers' Room of his opposition to any change to the Triple Crown series–especially when so many people suddenly want to retreat from standards set by great horses and horsemen of the past, simply because the GI Kentucky Derby fell into the laps of some guys who have given themselves another three weeks before running the risk of being shaken awake from the dream.

California, of course, was a rather more competitive environment when Bobby Frankel was around. It's good to see Brown now breaking out of the kind of pigeon-holing that once saw his mentor treated as somewhat of a turf specialist himself. It's pretty scary to hear him already talking about a horse as blazingly fast as Jack Christopher (Munnings) having the kind of stretch that Frankel eked out of Ghostzapper. Candidly, however, I still have a hunch that another sophomore in the barn could yet prove the best of the crop, once Brown gets back to his cherished Saratoga. For one reason or another, Zandon (Upstart) didn't see out the last 10% of the Derby but come the GI Travers S., I won't be forgetting the way he went through the other 90%.

Even the Travers and certainly the GI Haskell S. would bump up against the Triple Crown series if we were foolish enough to countenance its extension. Most likely, the GI Belmont S. would instead end up being squeezed from the other side. Paradoxically, however, the reason why we can't change the Classics is the exact same reason why we do have to consolidate the rest of the stakes program. Because just as the measure of a Triple Crown horse has been the work and wisdom of generations, so we inherited the black-type or graded stakes horse as a reliable gauge of quality in the breed.

Trainers today insist on waiting until every horse, to adapt the final delusion of Norma Desmond at the end of Sunset Boulevard, is ready for its close-up, Mr. DeMille. But future breeders are relying on standards remaining consistent. The ultimate badge of excellence, as a Triple Crown winner, would be devalued by change. Conversely the lesser currency, of stakes horse, will continue to be devalued by the status quo. As it is, we're handing out Oscars for a nice little routine at the high school prom. But the Triple Crown is still big. It's either the horses, or the horsemen, that got small.