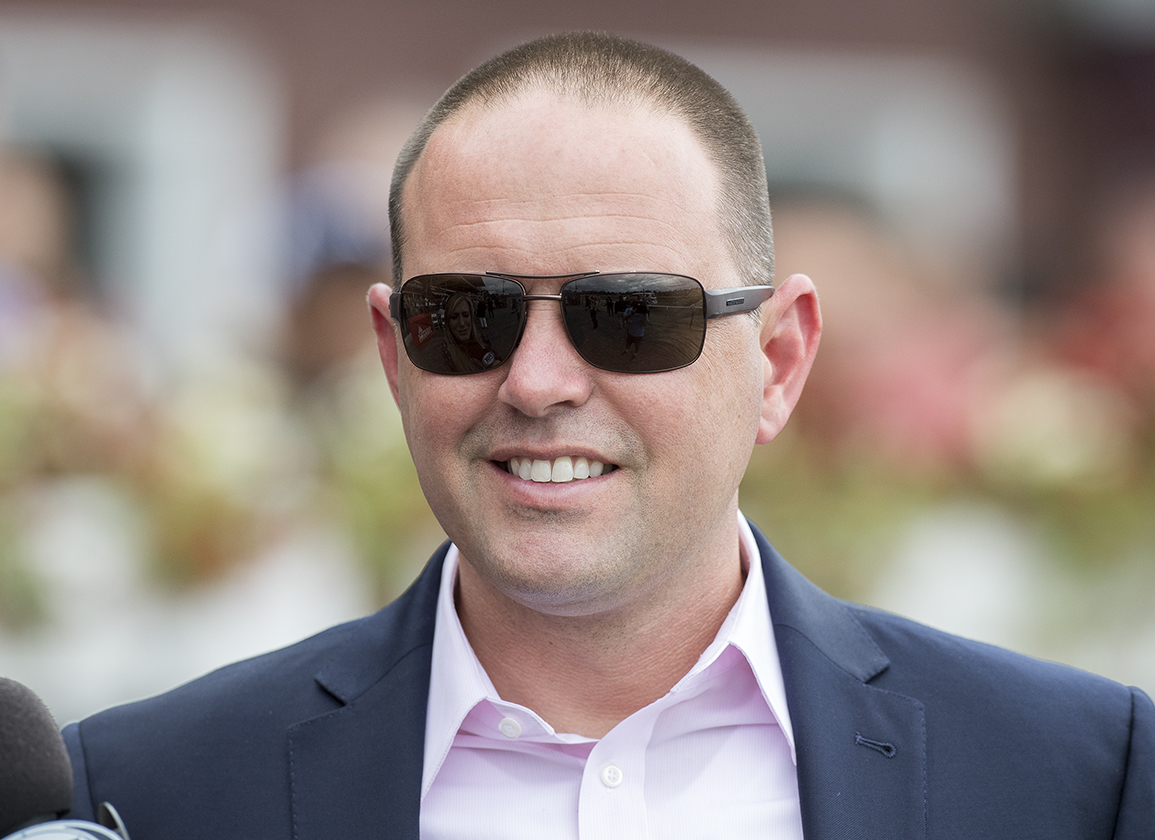 Already a four-time champion trainer, Chad Brown became a two-time Classic-winning conditioner Saturday at Pimlico when his Early Voting (Gun Runner) scored in the GI Preakness S., five years after Brown took down the Preakness using a similar formula with Cloud Computing (Maclean's Music). Tuesday, Brown sat down with the crew of the TDN Writers' Room presented by Keeneland from his headquarters in Saratoga Springs as the Green Group Guest of the Week to talk about his decision to skip the GI Kentucky Derby with Early Voting paying off, why he's in favor of keeping Triple Crown races' spacing the way it is, what's next for his other top sophomores Zandon (Upstart) and Jack Christopher (Munnings) and more.

Asked about his recent comments in support of the Triple Crown's current calendar alignment, somewhat surprising given that Brown runs his horses less frequently than average, he said, “I prefer to space my horses out and give them rest, but my answer was really based on the history of the sport. When I got into horse racing right here in Saratoga Springs, I was drawn to the rich, rich history and prestige of the sport. I'm really an old-fashioned guy. I like to stick to the basics. I'm not really in favor of too much change at the top, in the real pillars of the sport, meaning Triple Crown races and older track settings. I don't like changing the names of stakes races. Ironically, I'm in favor of changing things and adapting over time in my training system, but the things that most define the history of the sport, I would leave alone.”

Elsewhere on the show, which is also sponsored by Coolmore, Lane's End, XBTV, the Kentucky Thoroughbred Owners and Breeders, West Point Thoroughbreds and Legacy Bloodstock, the writers reacted to the Preakness and followed up on last week's debate about the future of the Triple Crown. Click here to watch the show; click here for the audio-only version or find it on Apple Podcasts or Spotify.