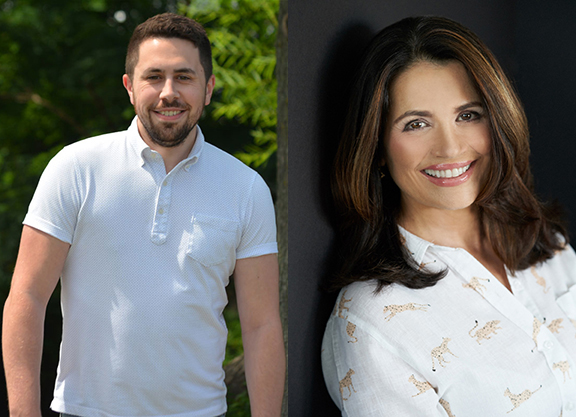 TDN Associate Editor Joe Bianca and multi-media producer Patty Wolfe are among the winners of the Media Eclipse Awards as announced Wednesday by the National Thoroughbred Racing Association, the Daily Racing Form and the National Turf Writers and Broadcasters.

Bianca and Wolfe were awarded the Eclipse in the 'Audio/Multimedia Internet' category for a piece written and narrated by Bianca and produced by Wolfe entitled “To Hell and Back: Belmont Marks a Deserved Triumph for New York City,” a tribute to the Belmont S., which took place as the first leg of the COVID-19 delayed Triple Crown Saturday, June 20, and appeared the day before the race. It is the first Eclipse Award for Bianca and a second for Wolfe, who also shared the honor with TDN's Christie DeBernardis for a TDN Multimedia piece on off-the-track Thoroughbreds in 2018.

Bianca's text and narration goes into the rich history of racing in New York and Belmont Park, which first hosted the Belmont in its current location in 1905. Wolfe weaved in archival racing footage with images of images of New York City, most impacted by the coronavirus.

“Winning an Eclipse Award is an honor like no other in racing and I'm immensely grateful to have been selected this year,” said Bianca. “I want to thank our producer Patty Wolfe and her incredible team of talented editors for illustrating my words so beautifully. Also thank you to our publisher Sue Finley for her steadfast support for my work as we branch out into different types of media at TDN. It has obviously been a very difficult and tragic year, but I'm so proud and thankful to have moved people with one of the inspirational success stories of 2020 in an ode to my beloved hometown.”

Added Wolfe: “This video is a reminder of the things we always had but almost lost. Other professional sports were not competing at that time, and New York had just been through a nightmare with the pandemic. NYRA's running of the Belmont S. in June was momentous. Talking directly into his computer, Joe's authenticity was compelling as he put the magnitude of the moment into words.”

The Paulick Report's Natalie Voss is the recipient of the Media Eclipse Awards for both the 'Feature/Commentary Writing' category for her piece entitled “An Angel On His Shoulder: This Thoroughbred's Fate Was Written in Ink;” and for the News/Enterprise Writing category for her multi-part series “A Decade IN, How Are We Doing With Thoroughbred Aftercare?”

NBC Sports receives the Eclipse for their coverage of “The Breeders' Cup World Championships” Nov. 7, a program produced by Billy Mathews and Lindsay Schanzer; as well as the 'Television/Features' category for “Rider's Up: The World's First Sports Bubble,” which aired on NBC Sports Network Oct. 2, 2020, and was produced by the Hennegan Brothers.

Alex Evers is the recipient of the Eclipse for 'Photography' for “A Derby Without Fans” which ran in the Paulick Report Sept. 21, 2020.

The 2020 Eclipse Awards ceremony will be a virtual event. It will be televised live on TVG and streamed on other outlets on Thursday, Jan. 28 at 7:30 p.m. ET.