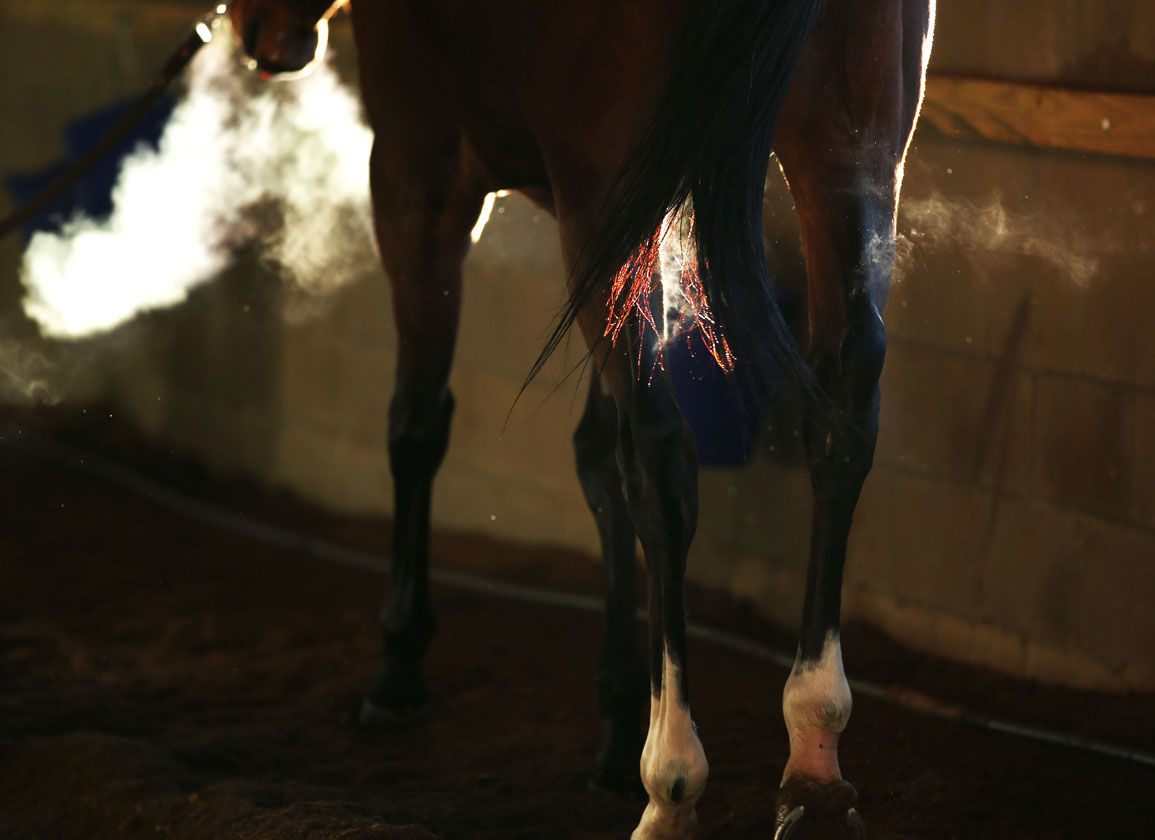 Expeditiously I be on my Grizzly
Feds try to creep me somehow always miss me
–Mr. Fantastik, from the MF DOOM song “Anti-Matter” on the King Geedorah album “Take Me To Your Leader”

Trainer Murray Rojas can probably relate to that sentiment now, after a Supreme Court decision was handed down in her favor last week on the Monday before the Breeders' Cup races. It didn't get much publicity in the racing press, perhaps because of the anticipation of the Breeders' Cup, but it should have, because the decision may have ramifications for horse racing-related misbranding cases working their way through the judicial system. Also, the larger issues of “federal overreach” addressed in an amicus brief filed in support of her petition are in the playbook of conservative federal judges, and some of them may hear cases challenging the constitutionality of HISA (the federal Horseracing Integrity and Safety Act, which was signed into law almost a year ago and is meant to oversee the sport at a federally mandated level but is being challenged by the attorneys general of several red states and the National Horsemen's Benevolent and Protective Association {NHBPA}).

A Penn National-based trainer, Rojas had been convicted on 14 felony charges by a jury in federal court on June 30, 2017, for misbranding drugs and conspiracy to misbrand in violation of the Federal Food, Drug, and Cosmetic Act (FDCA), relating to the administering of drugs to horses in her care within 24 hours of races. That act alone was against the rules of racing in Pennsylvania.

The FBI had led a sweeping law enforcement investigation of trainers and personnel at Penn National, and others were prosecuted as well by the U.S. Attorney's Office of the Middle District of Pennsylvania, but Rojas's case was the icing on the cake. On May 16, 2019, Rojas was sentenced to 27 months in prison and two years of supervised release, plus a fine of $5,000–the most severe sentence handed down in this roundup.

Rojas convinced the sentencing judge to grant bail while mounting an appeal, but the U.S. Court of Appeals for the Third Circuit, on January 11 of this year, affirmed the district court conviction and sentence. Things looked bleak for Rojas at that point.

Rojas, however, fired off a Hail Mary pass. On May 13, she filed a petition for a writ of certiorari, or a hearing in the Supreme Court. The highest court grants only about 1% of petitioners a hearing, but Rojas got two important briefs of support to get hers. 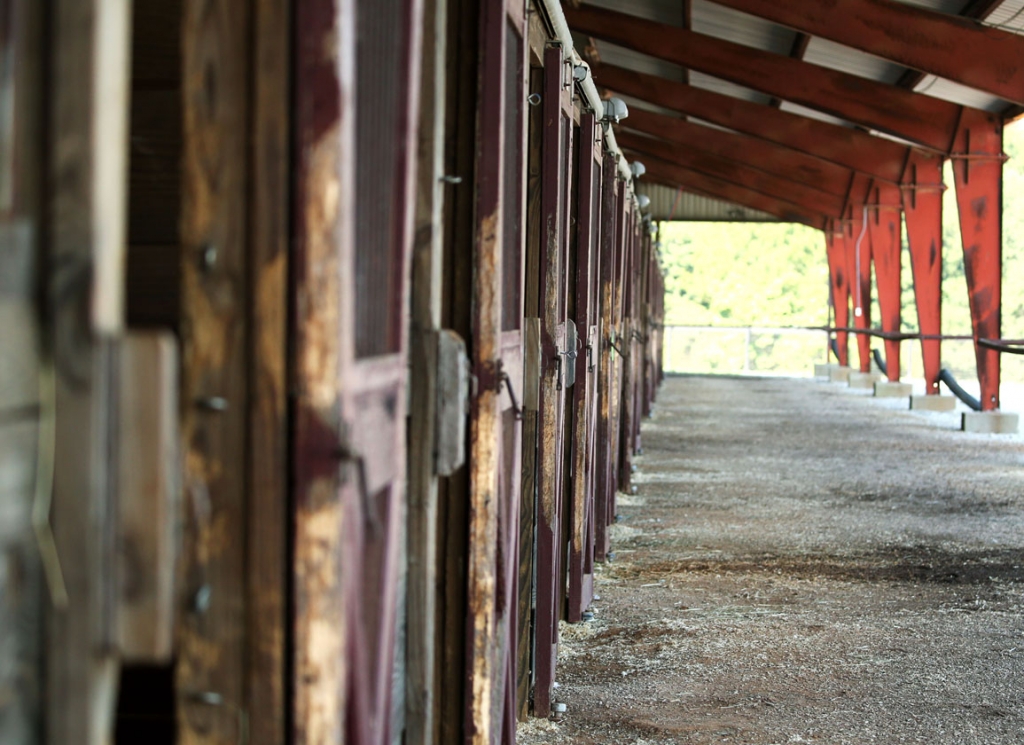 Joining the ACUF on the brief was The Cato Institute, another organization advocating limited government.

Their brief essentially agreed with the Rojas petition that the lower courts in this case had blurred long-held distinctions in case law between the “dispensing” and “administering” of drugs. Rojas had been convicted by a jury that was instructed that both dispensing and administering amounted to the same thing, and this line of thought had been affirmed in the Third Circuit appeal that she'd lost. The dispensing or sale of drugs is federally regulated in interstate commerce in the FDCA, the brief noted, but the administering of drugs by a veterinarian or medical practitioner in the course of his practice is not. This is what Rojas, who wasn't dispensing drugs, had been arguing all along in fighting the federal charges against her, and it was the centerpiece of her petition.

The brief was a classic conservative treatise on federalism. It disparaged “the aggressive federal criminal prosecution…that historically has been left to state and local regulatory enforcement,” because the alleged crimes that took place were infractions of state law. The Feds, however, had tried to pigeonhole them through a “liberal” reading of FDCA, according to the brief, to fit federal felony laws.

Believe it or not, the second brief supporting Rojas came from the respondent, The United States, in a filing Sept. 17 by the Acting Solicitor General, an Acting Assistant Attorney General, and two Deptartment of Justice attorneys. Perhaps they were convinced by some of the arguments in the ACUF and Cato Institute brief, because they also agreed that misbranding did not occur in this case and Rojas's conviction should be vacated. All said and done, it was a stunning defeat for the Feds, although their brief appears to be constructed in a narrow manner applicable only to this case–perhaps because of the larger Southern District of New York (SDNY) case of misbranding pending against trainer Jason Servis.

Rojas filed a reply Oct. 6 addressing some of these specific concerns, plus larger conservative issues of federalism and states' rights. On Nov. 1, the Supreme Court granted the petition, vacated the judgment against Rojas, and remanded the case “for further consideration in light of the confession of error by the Solicitor General.”

Conservatives and libertarians came to Rojas's defense and flexed ideologies that resonated with a conservative court. Someone tweeted recently that racing is a right-wing industry, which may be going a bit too far, but it's probably safe to say that most of the stakeholders in the game are conservatives who would support concepts of federalism and states' rights, as well as vote for the same type of people advocated by organizations like ACUF and the Cato Institute. Yet two notable conservative factions, one led by The Jockey Club (TJC) and the other by the NHBPA, are on opposite sides of HISA, which brings federal heft into racing like never before.

This anomaly is essentially pitting racing people of the same overall political philosophy against each other at the same time as they're probably supporting the same people in political office or in the voting booths.

Both factions, for instance, likely would have supported Donald Trump's three appointments to the Supreme Court that have shifted it to the right.

It's only a matter of time before there's a collision between conservative principles of federalism and HISA. Those that support HISA are likely to end up at odds with high-powered and influential conservative intellectuals outside of racing like those that came to support the Rojas petition. And if a challenge to HISA were to get to the Supreme Court, opponents of it could possibly prevail. For instance, even before two of Trump's three appointees were on the Supreme Court, it ruled in its May 2018 decision that the Professional and Amateur Sports Protection Act (PASPA) was unconstitutional because the “anti-commandeering principle” of the 10th Amendment recognizes limitations of congressional authority over state governments, and there are parts to this that could possibly apply to HISA as well.

A few years ago, while writing in this space about one of the earlier versions of the bill that eventually became HISA, I wrote: “But if it did somehow become law, the constitutional challenges to it in court–certainly in the way it's now written–could set off another round of battles, and in the end, the industry would probably find itself exactly where it is now: battling itself.”

More specifically, I should have warned that it would be a battle of conservatives versus conservatives, and that's something to think about, because mostly liberal lawmakers supported the passage of HISA–it was co-sponsored by 206 Democrats in the House versus 55 Republicans–and liberal and progressive-minded people are mostly the ones behind groups that generally don't support racing.

I'm going to end this with another verse from “Anti-Matter,” this one from MF DOOM himself, because the last line is an apt warning: