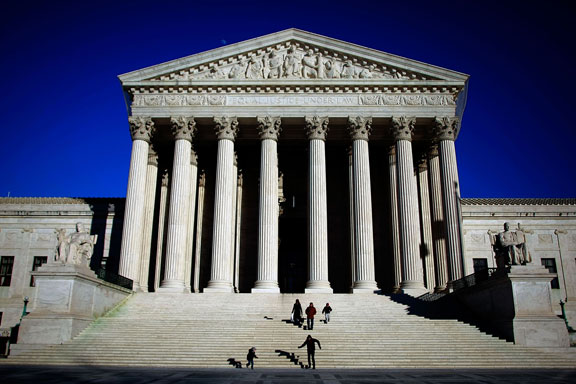 Over the last four or five years, The Jockey Club and its allies, fed up with the lack of uniform medication policies among States, decided to take matters into their own hands and lead the charge to craft and push some regulatory bills on “anti-doping and medication control” in Congress. They were looking to turn chaos into order but instead, the issue has polarized the industry.

There were fine people on both sides of the Horseracing Integrity Act of 2017 (H.R. 2651), a divisive piece of legislation that was introduced in the House of Representatives in May 2017 by Andy Barr (R-KY) and Paul Tonko (D-NY). The bill died in the legislative session that ended this past January, but Barr had accumulated 131 co-sponsors (81 Democrats and 50 Republicans), wrangled a subcommittee hearing for it in June 2018, and has plans to introduce another version in the current session of Congress, as reported recently in TDN. Representative Barr needs to tread carefully, however, because there were some constitutional issues in the bill that could be problematic if they are not addressed in the new version.

H.R. 2651, by the way, was a revision of the unsuccessful Horseracing Integrity Act of 2015, introduced in July 2015 by Barr and Tonko. The newer version was expanded upon to include Quarter Horse and Standardbred racing.

The latest bill would have created a private nonprofit called the Horseracing Anti-Doping and Medication Control Authority (HADA), whose mandate was to establish and regulate a national, uniform medication policy. On face value, it was a good idea, but beneath the surface H.R. 2651 was an instrument meant to end the legal use of race-day Lasix in States, a partisan hot-button issue in the sport. Disallowing race-day medication was the single reason the bill was uniformly opposed by horsemen at the National Horsemen's Benevolent and Protective Association (NHBPA), the American Quarter Horse Association (AQHA), and the United States Trotting Association (USTA), who as a group are not averse to a national medication policy and would probably have signed off on a bill that allowed only race-day Lasix and nothing else. They overwhelmingly have said they believe that the therapeutic use of race-day Lasix for treating exercise-induced pulmonary hemorrhage (EIPH) is both humane and necessary.

The Jockey Club coalition disagrees, seeking “harmony” with international jurisdictions that do not permit race-day medication–which is pretty much the rest of the world. The coalition says it believes that there are real and perceived blights on racing related to drug usage. It also is concerned about protecting its bloodstock investments (see from bill: “…will improve the marketplace for domestic and international sales of United States horses.”).

This chasm, bluntly, appears to be between a small cadre of wealthy owners and breeders with financially and politically influential heft on one side, and rank-and-file horsemen with strength of numbers on the other. One group at the upper echelon of the game is interested in international harmony and international competition and bloodstock sales; the other is busy making a living at racetracks across the country. It's “pure class warfare,” a trainer recently told me.

Bettors were courted by both sides and were more likely to favor legislation that would have “cleaned up” the game, provided they didn't have to pay for it, and H.R. 2651 specifically addressed this issue with this line in the section of the bill on funding: “No State racing commission may increase the takeout of any racetrack to collect fees to fund [HADA].” It was a nice piece of PR to get the bettors on their side.

One of the least understood parts of H.R. 2651 was its funding schemes. First off, HADA is not a federal agency with federal funding. Funding to regulate, therefore, was to come from one of two options: either by taxing individual participants or by taxing States.

The establishment of HADA was written as “a private, independent, self-regulatory, non-profit corporation” charged with “administering an anti-doping and medication control program for covered horses, covered persons, and covered horseraces.”

“Covered persons” referred to anyone licensed by a State racing commission, and to participate in racing nationwide, the bill required licensees to consent to HADA's authority to regulate and tax them.

The preferred funding option, however, was to tax States. This was written as a “voluntary” program so as to avoid charges of congressional overreach (see “Any State racing commission that elects to remit fees…”). In this scheme, States, if they agreed to participate, would pay taxes (an amount calculated from a formula) directly to HADA, so long as States didn't increase takeout to raise the monies, as noted earlier. It's obvious why this scheme was the first choice for HADA. There'd be “cooperation” with States, and HADA wouldn't have to establish another layer of bureaucracy to collect taxes from individuals–plus the optics were better. Imagine the fury from horsemen having to pay a HADA tax on top of losing the right to use race-day Lasix? Such a scenario is possible if a State or States elected not to remit taxes, and it's not hyperbolic to say that horsemen would revolt under such circumstances.

The May 2018 Supreme Court decision in Murphy, Governor of New Jersey, et al v. National Collegiate Athletic Assn. et al held as unconstitutional the Professional and Amateur Sports Protection Act (PASPA), which has paved the way for legalized sports betting in New Jersey. A central tenet to this decision was something called the “anticommandeering principle” of the 10th Amendment, which was previously established in the Supreme Court decisions of New York v. United States and Printz v. United States, both of which were invoked in Murphy.

In Murphy, the Court wrote: “…conspicuously absent from the list of powers given to Congress is the power to issue direct orders to the governments of the States. The anticommandeering doctrine simply represents the recognition of this limit on congressional authority.”

This could apply to parts of H.R. 2651. Prohibiting States from increasing takeout to fund HADA, for example, can be read as a direct order from Congress to State legislatures and could run afoul of the anticommandeering principle. (But if the architects of the bill were to take this clause out in a new bill, States would be allowed to raise takeout to fund HADA, and the bill would quickly lose the support of bettors.)

And even if a State did voluntarily participate in the funding for HADA, it's plausible that horsemen could successfully file suit on the premise that “the anticommandeering principle prevents Congress from shifting the costs of regulation to the States,” as the Court said in Murphy.

There's also the issue of the accountability for regulations, which could be a blurred line to horsemen when the State is voluntarily funding a regulatory agency in which it plays no role.

The Court in Murphy addressed some of this here: “…the anticommandeering rule promotes political accountability. When Congress itself regulates, the responsibility for the benefits and burdens of the regulation is apparent. Voters who like or dislike the effects of the regulation know who to credit or blame. By contrast, if a State imposes regulations only because it has been commanded to do so by Congress, responsibility is blurred.”

It doesn't take a constitutional scholar to understand some of the issues at play here, and Representatives Barr and Tonko and their staffs were aware of the potential for some congressional overreach in the bill. One funding scheme, for example, was written in a way to skirt the premise of “mandatory” State participation and phrased as an elective for States. But even when allowing HADA the option to fund itself by taxing participants directly, the bill still appears to veer into the crosshairs of the anticommandeering principle with this “command” to the States: “A State racing commission that does not elect to remit fees pursuant to subsection (d) or that withdraws its election under such subsection shall not impose or collect from any person a fee or tax relating to anti-doping and medication control matters for covered horseraces.”

The Jockey Club and its allies that supported this bill and the one before it have spent considerable money in lobbying efforts to get them passed, and it's conceivable that a new bill will go farther than H.R. 2651 did with a Democrat-controlled House. But it will likely face a tougher time in the Republican-controlled Senate, should it get there, and the chances that a famously anti-regulatory president would sign the bill would be even bleaker.

But if it did somehow become law, the constitutional challenges to it in court–certainly in the way it's now written–could set off another round of battles, and in the end, the industry would probably find itself exactly where it is now: battling itself.