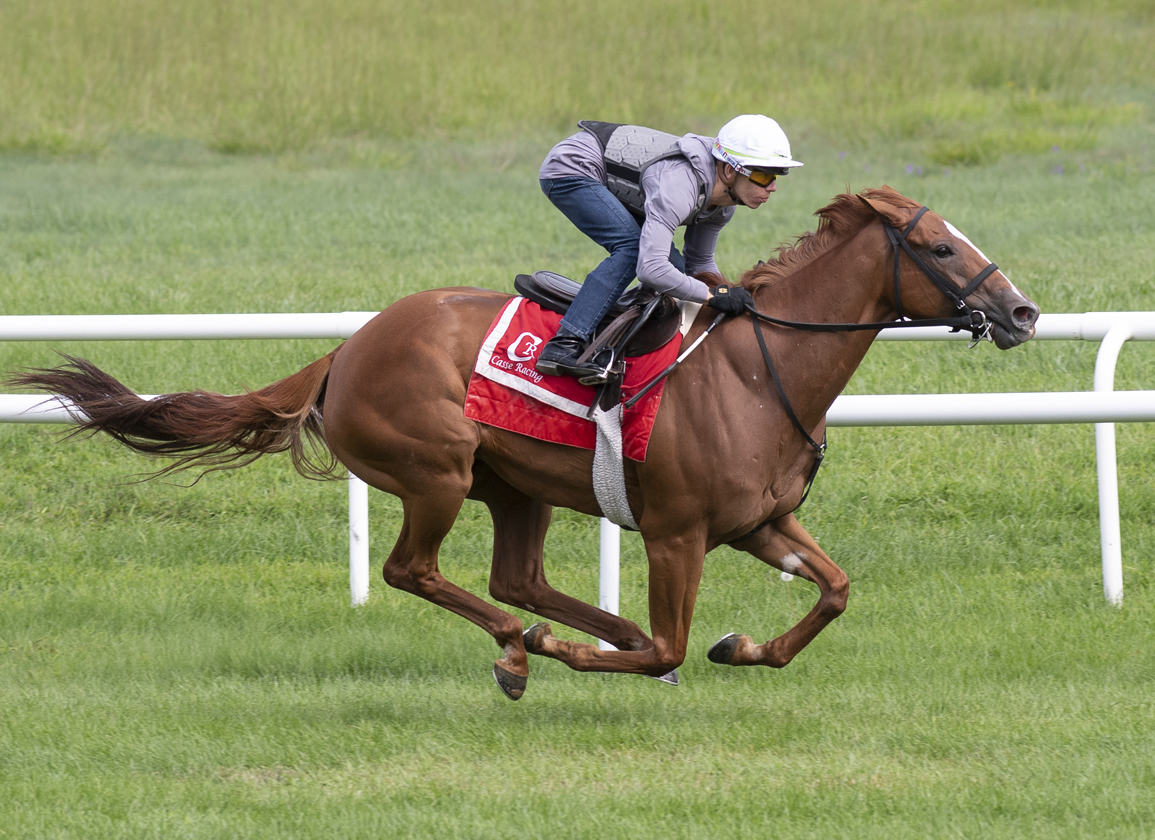 After annexing her second career win in the GI Fourstardave H. at Saratoga this summer, Got Stormy (Get Stormy) will take on males once again in Saturday's 'Win and You're In' GIII Fanduel Turf Sprint S. going six furlongs at Kentucky Downs.

A winner of the GIII Kentucky Downs Ladies Sprint S. at an additional half of a furlong here last term, Got Stormy narrowly captured the GIII Honey Fox S. at Gulfstream Feb. 27 before rolling a pair of fives in the GII Longines Churchill Distaff Turf Mile S. May 1 and GI Jackpocket Jaipur S. at Belmont June 5.

Casa Creed (Jimmy Creed) was given the nod on the morning-line at odds of 7-2 in this wide-open affair. A flashy come-from-behind upset winner in the Jaipur on the GI Belmont S. undercard two back, he rallied for third in the Fourstardave last time.

Save a disappointing sixth in the Jaipur, Fast Boat (City Zip) has won three out of his last four, led by a sharp win in Saratoga's GIII Troy S. last time Aug. 6.

This story was posted in Shared News and tagged Breeders' Cup Win and You're In, Casa Creed, Fanduel Turf Sprint, Fourstardave, Got Stormy, Imprimis, Kentucky Downs.