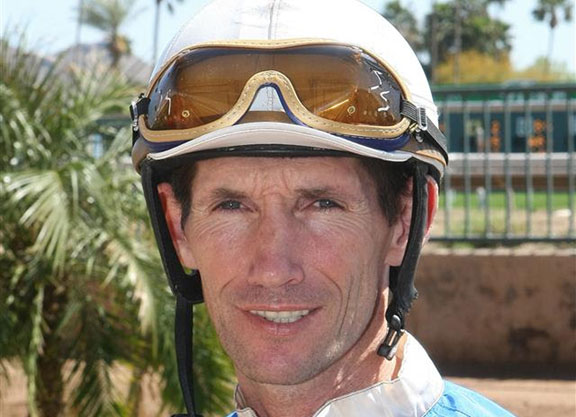 Veteran jockey Scott Stevens, one of only 35 riders in history to win in excess of 5,000 races, has announced his retirement after beining involved in a Feb. 24 spill at Turf Paradise. Stevens, 60, is the older brother of Hall of Fame rider Gary Stevens.

“He had an unbelievable career and he is my hero,” Gary Stevens wrote on Twitter.

Stevens went down in a turf race after another horse came over on him shortly after the start. He broke two vertebrae and his ribs as a result of the spill. He was told by doctors that he could ride again, but that it would take six months to a year before he would be able to return.

“I just think it's time to retire,” he said. “I have no doubt I could come back and ride, but with the risk I would be taking with an injury like this, it wouldn't be worth it. It's been a great career.”

When asked what he is most proud of when it comes to his career, he said, “That I was able to do it for so long. I know I didn't always do it at the top tracks, but wherever I rode, I was successful. A lot had to do with my agent and a lot had to do with the owners and trainers who had faith in me and put me on good horses. That made it fun.”

In 2019, he was honored with the George Woolf Award, which is given annually at Santa Anita to a jockey who demonstrates high standards of professional and personal conduct both on and off the track.

“That was really cool winning that award. It was a big thrill,” he said.

Stevens said he has yet to make any plans when it comes to his future.

“I don't know what I will do, but I am sure it will be something to do with the racetrack,” he said. “For now, I just want to get well. I can't do anything. I can't throw a frisbee to the dog. I have to stay as immobile as possible.”

“I have been very lucky and I am proud of the way things went,” he said.