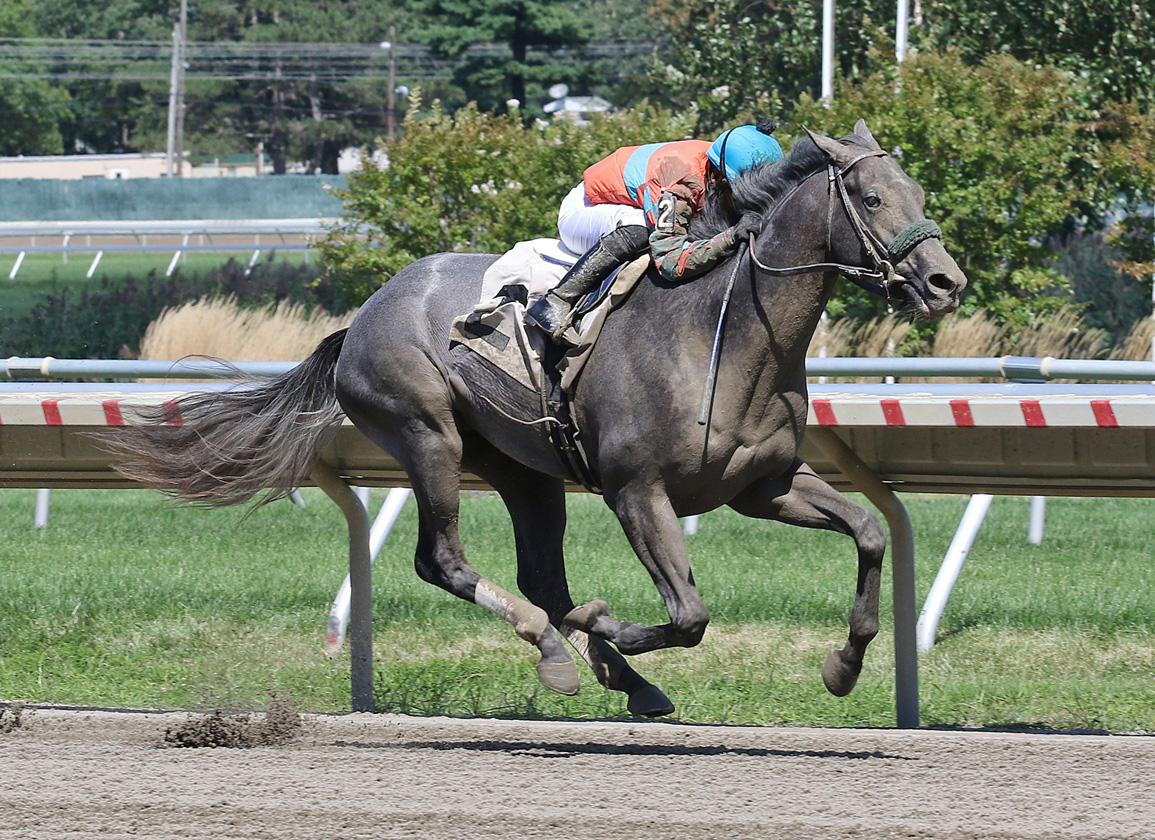 4th-Monmouth, $56,125, Msw, 9-6, 2yo, 6f, 1:11.20, ft, 6 1/2 lengths.
AFFABLE MONARCH (c, 2, Arrogate–Social Queen {MGSW, $344,164}, by Dynaformer) gave his late sire (by Unbridled's Song) a second first-crop winner at Monmouth Park about 30 minutes after Adversity broke the mold up at Saratoga. The Colts Neck homebred, off at 13-5, was beaten for speed and trailed behind a quick pace through the opening exchanges. Equipped with a shadow roll for this first go, the gray colt made stealthy inside progress leaving the three-eighths pole, got through an inviting opening at the inside with a little less than a quarter-mile to race and careered away from his rivals to score by 6 1/2 lengths. Pioneer of Medina (Pioneerof the Nile) was second, while fast-working and regally bred favorite Courvoisier (Tapit–Take Charge Brandi) was third. The winner's dam was a dual Grade III winner on the turf, including the GIII Eatontown H. at this venue before going on to produce fellow turfer Force the Pass (Speightstown), GISW, $1,359,114, who stood his first season at stud in Maryland in 2020 before being sold to Saudi Arabia. Herself a daughter of SW and GSP Gal On the Go (Irgun), Social Queen is the dam of a yearling full-brother to Force the Pass (hip 154 in Keeneland September), was barren to Quality Road for this year and was most recently covered by Improbable. Sales history: $425,000 RNA Ylg '20 KEESEP. Lifetime Record: 1-1-0-0, $34,500. Click for the Equibase.com chart or VIDEO, sponsored by TVG.
O/B-Colts Neck Stables LLC (KY); T-Jorge Duarte, Jr.