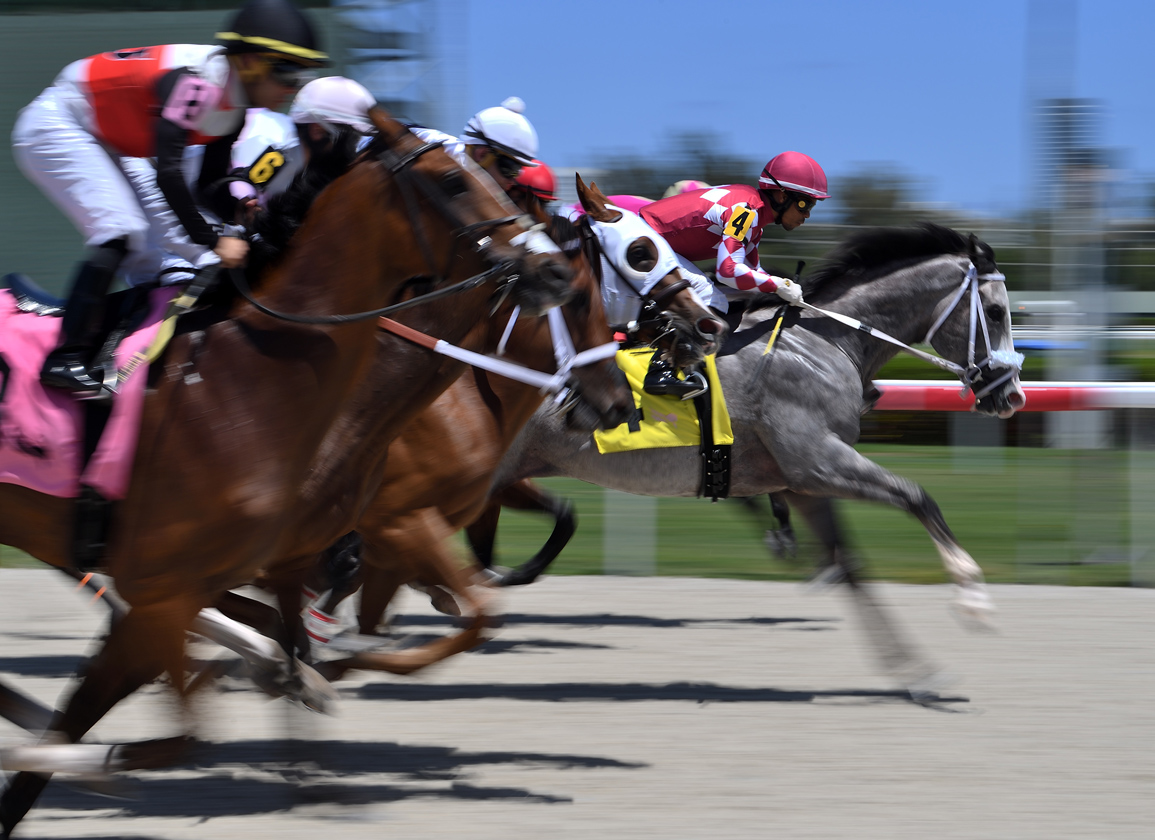 Last week, an important piece of the Horseracing Integrity and Safety Act (HISA) puzzle was slotted into place when the Horseracing Integrity and Safety Authority's board of directors announced that Drug Free Sport International (DFSI) had been selected as the enforcement agency for the Anti-Doping and Medication Control (ADMC) arm of the program.

In part one of this two-part Q&A, HISA CEO Lisa Lazarus discussed the reasons behind DFSI's selection, details about the newly announced Horseracing Integrity and Welfare Unit (HIWU) and broad updates on the Anti-Doping and Medication Control (ADMC) program in general.

In part two, Lazarus discusses the working relationship between DFSI and the Authority–the non-profit umbrella established by HISA to oversee the broad program–as well as practical concerns about implementation of the safety program on July 1.

The following has been edited for brevity and for clarity.

TDN: What will the working relationship between the Authority and DFSI–what is essentially a service agency–look like? Will they be working primarily at the behest of the Authority or will they be an entirely separate, autonomous agency?

Lazarus: Entirely separate. Once we sign off and give them the contract, we don't have any influence.

Our only authority, so to speak, is over the rule-making process and over, of course, selecting the agency. So, if we feel the agency is not doing their job, we have the right to make changes. But ultimately, running the day-to-day business of the unit is going to be their responsibility and the responsibility of the advisory council.

TDN: At the recent Association of Racing Commissioners International (ARCI) conference, journalist Tim Livingston made remarks about lax drug-testing protocols in sports like the NFL and the NBA. He said, “I think you guys have to be careful because a lot of these guys who architect these doping programs are doing so with the leagues,” and then he made the comment that they're not particularly thorough and aren't designed to catch cheats.

DFSI has worked with both the NFL and the NBA. Do these comments concern you?

Lazarus: They don't at all. I think they're completely untrue and actually quite shocking.

I worked at the NFL for 10 years, so I know very well how the NFL runs its drug program. To say that it's not intended to catch [cheats] while people are caught all the time, I don't really understand that perspective. I mean, I would disagree wholeheartedly.

I know people involved in every sports league in the U.S. I think the one difference is that the drug programs are collectively bargained between the leagues and the unions. So, there's obviously a representative of the athletes that has the chance to make sure that there's due process. There are protections–that's expected. That's what makes a program good. I mean, the program has to have integrity and fairness. But DFSI for me has the highest level of integrity. They also do work for USADA [U.S. Anti-Doping Agency] from time to time. So, they really have a stellar reputation.

I think the comments that were made are really unfounded and I don't know where they come from. My understanding was that his talk and experience wasn't in anti-doping, it was [to do with] a referee scandal. 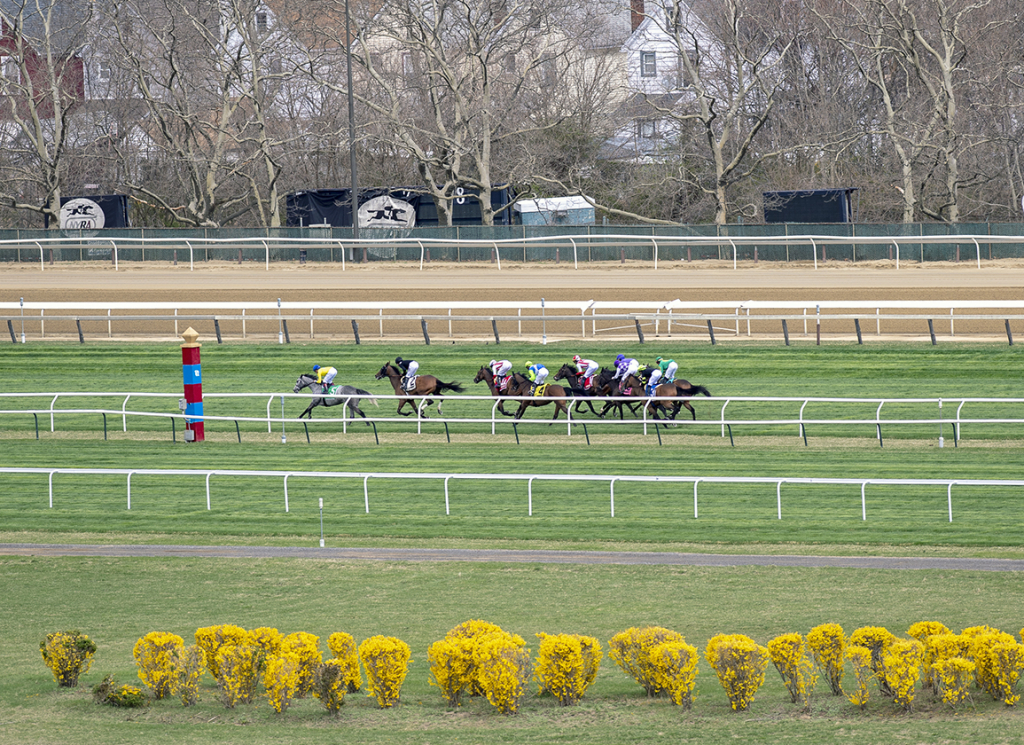 Lazarus: Yes, it is an entirely different beast. And that's why we've created this Horseracing Integrity and Welfare Unit.

The way that I look at it is, DFSI is sort of the anchor tenant, because testing is the most work-intensive component of the unit. But ultimately, what they're doing is working with the advisory council to oversee experts that we're going to hire in all of these different pillars. So yes, it is an entirely different beast than what they're used to, but that's why the structure reflects that difference.

TDN: Stepping back, July 1 is looming large, and so far only three states–California, Kentucky and Minnesota–have agreed to shoulder the costs of the track safety component of HISA. What if all or nearly all of the other states decide not…

Lazarus: And Colorado. But I don't know if that's public.

TDN: But what if all, or nearly all, of the other states decide not to join them? In that worst-case scenario…

The constitution doesn't allow us to force the state to do anything, so, if the states choose not to pay, what happens is that cost gets transferred to the racetracks on a per-start, strength-of-purse basis. The race tracks then take on that responsibility and they have to come up with a formula to spread that cost amongst the covered persons and to determine who pays how much.

If it's not paid, obviously we're going to work with the tracks to make it as easy as we can for them, but ultimately, the stick that we have in the Act is that they can lose their signal for pari-mutuel wagering. 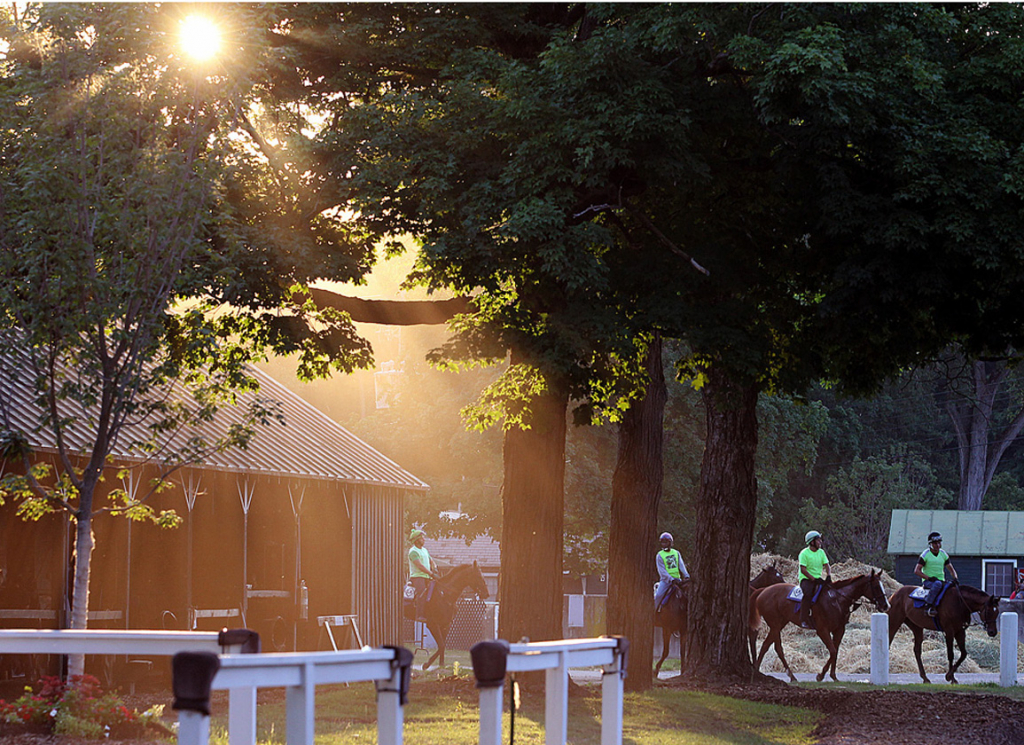 TDN: There's an important personnel component to this as well, right? Let's take regulatory vets. There's already a real shortage of qualified veterinarians available to do the regulatory work. If a substantial number of states opt to leave that part of the equation to HISA come July 1, do you have a contingency plan to make sure there is a nationwide team of vets who can do the pre-race examinations, all that necessary work?

For a very high level of success with voluntary agreements, I'm hoping it's going to be about 90%. But we're at about 80% now. And what that means is that we're agreeing with the states…to use their state stewards to enforce the HISA rules. Otherwise, what's going to happen is that HISA is going to have to come in and hire a steward to sit alongside the state steward.

We do have plans in place for those states where we have to do that. But a few racetracks have [also] come to us and said, 'Even though our state doesn't want to enter the agreement, can we work out a deal with you, because we have these staff, we want to be able to use them?' And we've been able to work with them.

We're in the process of getting together a stewarding panel that we can ship out to different racetracks if we need to, as well as regulatory vets, which you are right, there's definitely a shortage of. We're looking at ways that we can essentially plug those shortages if we have to. But we're really hopeful and optimistic that most states are going to reach that voluntary agreement with us.

TDN: As many as 80% to 90% of states have already signed the voluntary agreement?

Lazarus: No, I'm sorry, I should have said that about 80% have said that, because we still have a few more weeks. So, the deadline for opting in [about the] money was about May 1. The deadline for the voluntary agreement is toward the end of May. We've reached agreements with a number of them, but very close to reaching agreement with the majority.

To be fair, what I'm basing that number on are the ones that we're speaking to, working through logistics, coming to an arrangement. It's my belief and understanding that with those states, it obviously shows they want to make it work. We just have a couple more weeks to kind of wrap it all up.

TDN: You do have a contingency plan to make sure that the necessary personnel will be in place for those 10%, 15%, 20% of jurisdictions that don't sign that voluntary agreement? 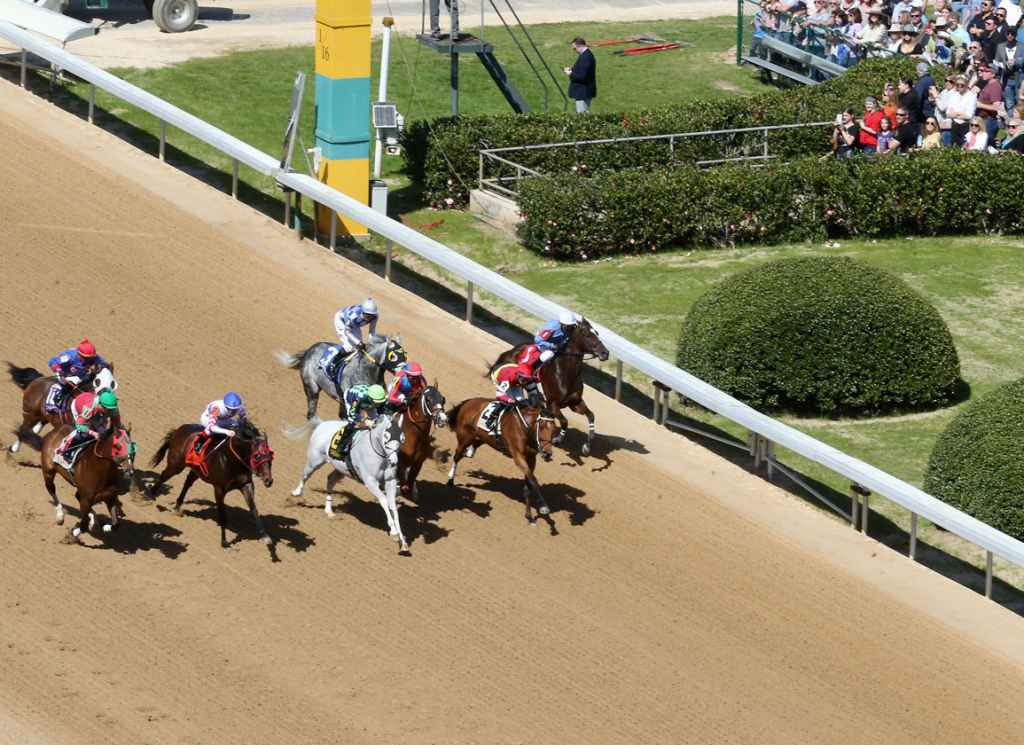 TDN: There is a considerable amount of concern–both from people stridently against HISA and those who are wholly supportive of it–that come July 1, we won't be ready for launch. What does the industry need to do to make sure this plane lands smoothly?

Lazarus: A couple things. One is everyone needs to go on to hisaus.org and register. We will soon be launching a campaign to remind everyone that they need to do that by July 1.

The second is racetracks need to get more involved and engage with us more–and most are–but especially in those jurisdictions where the racing commissions are not working with us, particularly the states that are suing us or are less likely to work with us. In those states, that's where the racetracks need to get involved because the burden is going to fall on them, not to pay for everything, but to be the sort of [fee] collector or the place where the information is going to be disseminated.

And [lastly], do what you can to kind of help get the message out to those that maybe are less likely to be on their laptops reading about developments. The industry belongs to all of us and this is a heavy lift. Congress gave us very aggressive timelines and we're going to be ready on July 1, but you're right, we're definitely going to need help and support to make this work.

TDN: There's a lot of really busy people in this sport who just don't have the time to go onto a website and try to find information that may not always be easily accessible. Do you think your outreach could be better?

Lazarus: Yeah, for sure. And we're working on that now and there'll be a lot more outreach between now and July 1.

I cannot tell you how many groups I've spoken to and how many appearances I've made on board calls, on Zoom calls, etcetera. I do that day and night. So, I hope I've reached a lot of people that way. And I think I have.

We've created materials for jockeys that are kind of a cheat sheet guide for them, what they need to do. We've disseminated those. We have one for the trainers that's coming up very soon and we also have a social media campaign that's about to launch. So, I'm hoping that's going to do as good a job as we can expect. We still have a couple months to get the word out, and I think we're going to get there. It's moving quickly, but we're going to get there.