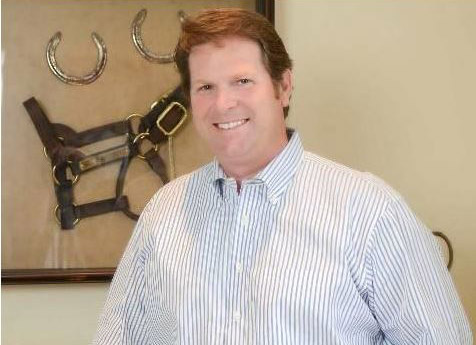 I don't know Rusty Arnold well, but I know him well enough to believe Rusty Arnold is no cheater. I know many other horsemen very well, some of whom train for storied established farms, and others who train for first-time, one-horse owners. As the head of the National HBPA I have the honor and privilege to represent most of these horsemen, and there is a common thread among over 99% of them. They are not cheaters. Like Rusty, most are more at home in the barn, connecting with their horses than on the public stage, and most work well over 60 hours a week just in the daily care of their horses, keeping their heads down, trying to do what's right.

I know and respect Craig Bandoroff, who penned an Op/Ed for the Thoroughbred Daily News on Feb. 21, and I join him in his congratulatory sentiment for the Kentucky Horse Racing Commission and Marc Guilfoil. Bravo, well done, after a year of being in limbo, the innocent are exonerated and can return to their lives.

The National Horsemen's Benevolent and Protective Association acknowledges racing faces problems, as does every other sport, business and industry. Similarly, I agree some of our regulation and testing system is broken and inconsistent, but my concerns diverge from Craig in this important respect: HR 2651 is not the answer. This bill does not seek to place our industry into the hands of anti-doping experts with the ability to make common-sense distinctions between performance-enhancing drugs and those that aren't. This bill places our industry in the hands of a Horse Racing Authority Board whose appointed members have nothing to do with our industry. If the proposed federal legislation of drug testing and enforcement under the Federal Trade Commission in horse racing would prevent what happened to Danny Miller, Bill Mott, Rusty Arnold, Joe Sharp, Graham Motion, Danny Werre, Mike Maker, Michael Ann Ewing and others, we would be shouting from the rooftop in support of its passage. However, it does not.

We do know this inexperienced and uninvolved organization is given a blank check by HR 2651. With the steep increase in the costs of feed, hay, bedding, help and workers' compensation insurance, an as yet undetermined bill is hardly the means to save racing and impose uniformity. We can say there is no price tag for integrity, and cost should be no object, but economics must always play into industry decisions. Less than a half of 1% of drug tests come back positive and the majority of that number is for minuscule concentrations of environmental substances, similar to the now-rescinded violations for Arnold and Sharp. Under our current model, we have, in fact, an integrity model to be emulated.

The Association of Racing Commissioners International (ARCI) and the Racing Medication and Testing Consortium (RMTC) are intimately involved with the racing industry and familiar with its unique problems and concerns. The “tipping point” of unjust medication violations leveled against trainers such as Arnold, Sharp and Mott, rather than being a call to support a federal bill, should be a call for every outraged participant in our great industry to get involved. The HBPA, the Thoroughbred Horsemen's Association (THA), Thoroughbred Owners of California (TOC) and other groups across the country are organizations of horsemen for horsemen. The National HBPA is a member of the RMTC, and each example of a trainer wrongfully accused should energize everyone who adds comment to the end of online articles, tweets or mumbles about uniformity to get involved. Everyone associated with any of the member organizations of the RMTC must go to meetings, call their representatives and speak up. We need to attend commission meetings, reach out to the regulators who create these rules and make ourselves heard.

Why create a new “alphabet soup” organization when what is needed is more involvement from our industry's members to understand existing challenges, and come together to find workable and mutually acceptable solutions? Leadership is in place, but nothing can be done if all we do is sit on the sidelines and yell from the stands. If we are to be outraged at the tarnishing of reputations of good, ethical trainers over positive tests because of environmental exposure, then we need to demand a review of these regulations and the establishment of screening limits for such substances by both the RMTC and ARCI. We need to answer the call to action rather than naively assume USADA will be able to take the reins of medication regulation within our industry, and suddenly common sense will be instated.

In this case, the KHRC did the right thing. But recent cases alone have cost horsemen tens of thousands of dollars fighting for common sense in court. How can anyone just assume the proposed federal legislation would have changed those circumstances? We can shake our heads in disbelief that it took a year and considerable expense on the part of the affected horsemen, drop our heads and go back to work, assuming the federal option will be a better one, and that it will even come to fruition. Or, we can work within the system we have in place and get involved. Craig is absolutely right. It is time for change, and it is time for owners and trainers to stand up.

One way to stand up is to be better-informed, share your voice and perspective. I invite all HBPA members and others in our industry to join me in New Orleans for our upcoming convention. Among many other conversations addressing how to make our industry better, we will have a comprehensive panel discussing the issues surrounding positive tests resulting from inadvertent environmental exposure and its impact on racing.

It's not difficult to see and criticize the challenges that exist in our current regulatory system. For some, the solution is to throw the whole thing out and start over. But change is, in itself, no magic bullet. Our regulatory system is not perfect, but it is better than what would be established by a federal bill pockmarked with pitfalls. Let's work together to fix what we have.