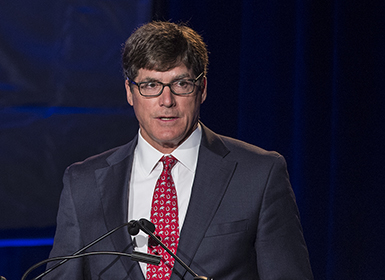 I agree with Eric Hamelback in his Feb. 28 essay in Thoroughbred Daily News that a common thread among horsemen is that they are not cheaters and are dedicated to their horses. I also agree that racing faces problems and our regulation and testing system is broken and inconsistent.

Unfortunately, I have a difficult time agreeing with much else he wrote.

I will explain by giving you the facts.

First, as we all know, the debate about how to fix our broken system has been going on for years. We, the Coalition for Horse Racing Integrity and its supporters, have had many discussions with the Horsemen's Benevolent and Protective Association and other industry groups about the best way to fix it and, be assured, we will continue to do so. In fact, based upon those discussions, dating back to 2015, substantial changes in the legislation were considered and made. Looking forward, however, we still believe the Horse Racing Integrity Act is the best, most comprehensive solution to the problem at hand–and sharing the facts about it is vital to its success.

As Eric wrote, our national regulation and testing system is broken and inconsistent. Our industry has been working on this since anyone in the industry today can remember, and the status quo has not fixed the problem. It has barely made a dent. We have 38 jurisdictions with different regulations, testing programs, and penalties.

Erik was dead wrong when he stated, “This bill places our industry in the hands of a Horse Racing Authority Board whose appointed members have nothing to do with our industry.” To the contrary, the bill clearly requires HADA's board to include six horse-racing industry representatives with specific racing expertise (in addition to seven others sourced from USADA). The bill also requires that the day-to-day operations of HADA be carried out by persons who are highly experienced in equine-related anti-doping and medication control matters.

USADA will provide anti-doping experts. That's what USADA is. That's why USADA manages the anti-doping program for U.S. Olympic, Paralympic, Pan American, and Parapan American sport, and the UFC. That's why “anti-doping” is part of its name. I urge you to visit usada.org to learn more about USADA, what it is, and what it stands for.

HADA will make common-sense distinctions between performance-enhancing drugs and those that aren't. HADA will develop a uniform, nationwide anti-doping and medication control program with the assistance of racing industry experts, including uniform medication and drug rules, sample collection processes, an out-of-competition testing program, laboratory standards, procedures for investigations and adjudications, and a penalty structure.

Under the Horseracing Integrity Act, all violations that are appealed will be reviewed in full by an independent administrative law judge (ALJ) appointed by the Federal Trade Commission. ALJs must be free of conflict and demonstrate significant knowledge of horse racing and anti-doping matters before they can hear any medication violation case.

The HADA system is designed to alleviate concerns that trainers may have regarding objectivity and due process during adjudication. And, based upon USADA's experiences in human sports, the adjudication process will be more quickly resolved–saving time and money for everyone involved. Best of all, it will be the same process for everyone, whether they are in Kentucky, Iowa or Minnesota.

The estimated incremental cost of the anti-doping program will be approximately $40-$45 per starter, the largest part of which is due to expanded and improved out-of-competition testing. Recall that out-of-competition testing has already been identified by many leaders in racing as a vital tool for catching cheaters–but again only a handful of states have adopted even a minimal program. Many other functions, such as sample taking and investigations, will be delegated to the state commissions, so those costs will remain consistent with current costs.

The fact is our model is broken. It is not working. We have tried, but we have failed.

I do agree with Eric that we need more involvement from industry members: we need a call to action. It is time for owners and trainers to stand up. Contact your representatives. Inform them about our broken regulation and testing system. Find your voice and share your perspective.

Tell them it is time to support the Horseracing Integrity Act of 2017.