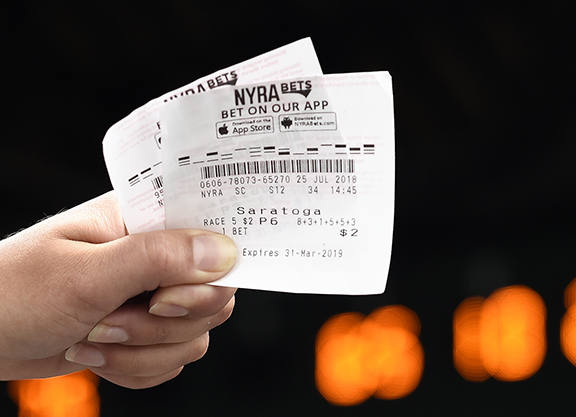 The Empire Six joins NYRA's Late Pick 5 and the Cross Country Pick 5 as pools that are now closed to a group of bettors who use computer algorithms to place their wagers and are known for betting huge amounts, particularly when there is a large carryover in a pool or a mandatory payout day.

This was the second step in a process that began Jan. 1 when NYRA eliminated the jackpot portion of the Pick Six wager. No matter how many winning tickets are sold on the bet, which costs 20 cents, the entire pool is now paid out every racing day.

With its new policies, NYRA is attempting to deal with what is becoming a growing problem for the sport in general. It is hard for tracks to turn down the business from CAW players because of the substantial contributions they make to handle.  However, the computer players are generally so successful that their winning wagers cut substantially into payoffs, penalizing players who don't enjoy the same advantages. Over time, catering to CAW players runs the risk of emptying the pockets of a track's regular players.

The computer players have also been known to scoop up entire pools of wagers like jackpot Pick Sixes on the mandatory payout day. On Nov. 30, the Empire Six at Aqueduct paid $482,817. There was only one winning ticket on the bet and it was sold by the Elite Turf Club, which caters to large volume, computer players.

“What we have seen with the Empire Six is that the jackpot pool is built and supported largely by the everyday horseplayers,” NYRA spokesperson Pat McKenna said. “When it comes to mandatory payout days, there tends to be an unequal playing field.”

McKenna said that the move to keep the large players out of the Empire Six came after NYRA began analyzing its wagering menu and what impact the CAW players were having on ordinary customers.

He also acknowledged that NYRA can more easily turn away handle from the computer bettors than most tracks because it is a non-profit. He said it was “likely” that handle would decline because of the steps NYRA has taken.

“The fact that NYRA is organized as a not-for-profit with the clear goal of supporting thoroughbred racing in New York state puts us in an advantageous position in that this is not strictly about the bottom line,” McKenna said. “It is about supporting our everyday horseplayers who are consistently wagering day in and day out.”

NYRA still accepts wagers from CAW players in all pools excepting the Empire Six, the late Pick 5 and the Cross Country Pick 5. Like most tracks, it is not unusual to see a horse at Aqueduct go into the gate at one price and then have the odds on it drop precipitously during a race. In such cases, it is normally the result of CAW players making large, last-second bets on a horse.