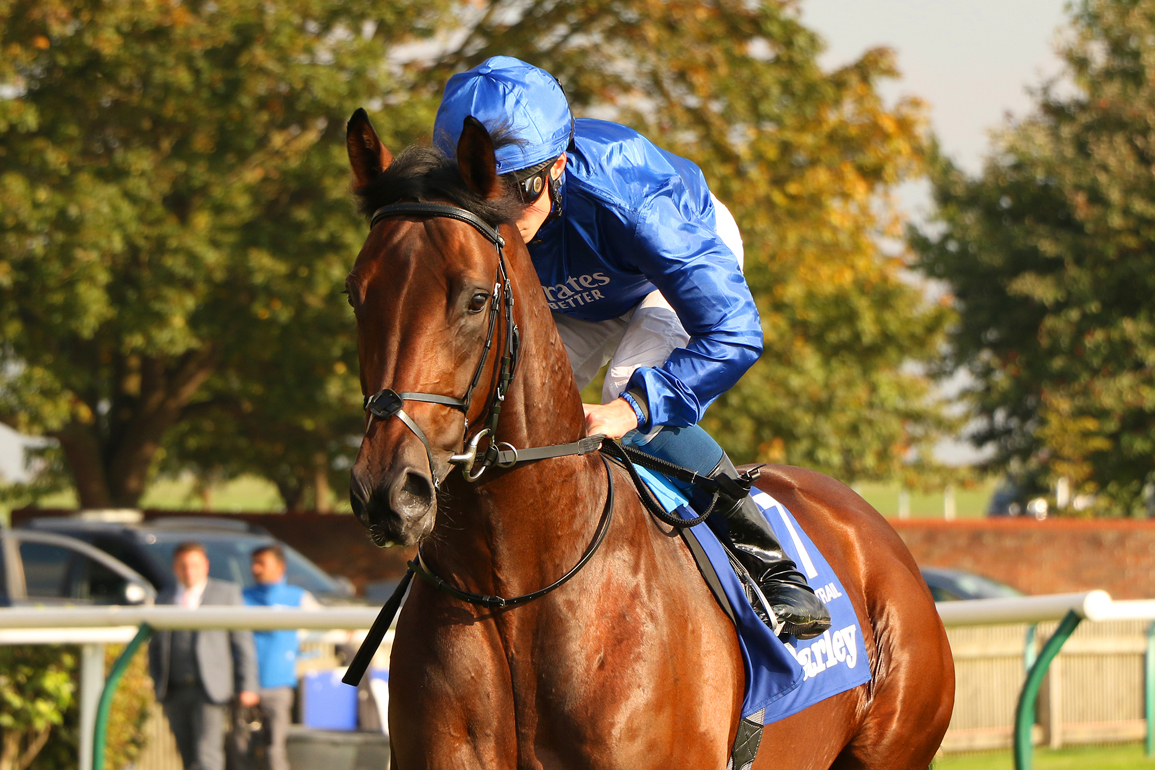 Bred by Jose Delmotte's Haras d'Haspel, Native Trail passed through the sales ring three times before reaching the racecourse. A €50,000 Arqana December Foal when bought by Sam Sangster, he was pinhooked for 67,000gns at Book 1 of the Tattersalls October Yearling Sale to Mags O'Toole and Norman Williamson's Oak Tree Farm. Godolphin purchased Native Trail out of the Oak Tree draft at the Tattersalls Craven Breeze-Up Sale last year for 210,000gns.

Native Trail broke his maiden at first asking for trainer Charlie Appleby and followed up a month later in the G2 Superlative S. He bested Point Lonsdale (Ire) (Australia {GB}) by 3 1/2 lengths in the National, and won the Dewhurst by two lengths. While Native Trail's highest-rated performance has come in the National S., he becomes the eighth consecutive Dewhurst winner to top the classification. Seven juveniles share joint-second with a rating of 115; only Pinatubo (Ire) has been more dominant on the 2-year-old ratings among his generation, he having been 10 pounds clear. Native Trail's rating of 122, however, is not a historically remarkable one, being just shy of this century's peak average of 123.

“Native Trail is a worthy champion, having been one of the star performers of an incredible year for his stable,” said BHA Handicapper Graeme Smith. “His performance in the National S. was very impressive and in following up with victory in the Dewhurst S., he confirmed himself a colt of high quality.

“That said, 2021 cannot be described as a vintage year for 2-year-olds in terms of performance ratings. A total of 42 horses have made this list and only once, when there were 40 in 2019, have there been fewer, so we can deduce that talent was quite thinly spread at the top end last year.”

Aidan O'Brien noted on Wednesday that both Tenebrism and Luxembourg are headed to the Guineas' to begin their 3-year-old campaigns.

“She'll head down the Guineas route,” he said of Tenebrism. “Looking at her in the Cheveley Park as a 2-year-old, you'd think there was a good chance of her staying seven furlongs and if she could do that at two, there's a good chance she might get a mile at three.”

“Luxembourg is straightforward and he'll be trained for the Classics,” O'Brien added. “He'll be on the Guineas programme and we'll see after that. Everything is going to plan so far. Along with Point Lonsdale, they were the most precocious at two and you'd imagine they should get middle distances at three. There aren't too many races for the horses before the Guineas. We have the trials at Leopardstown and we often use it for those which are not as exposed and we use it for experience. The Craven and those other races just come a bit close.”