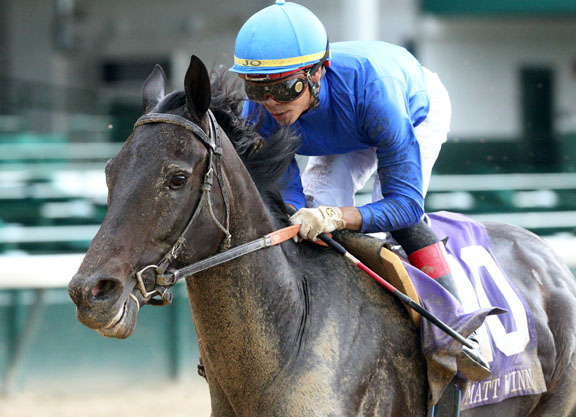 Looking at the morning-line and past performances, the GIII Mineshaft S. looks like a one-horse race and that horse is the undefeated Maxfield (Street Sense), who towers over the rest of the field. A debut winner at Churchill in September 2019, the Godolphin homebred romped in the GI Claiborne Breeders' Futurity S. a month later. The early favorite heading into that year's GI Breeders' Cup Juvenile, he was forced to withdraw from contention just days before the race due to an ankle chip. Returning to action with a late-rallying score in Churchill's GIII Matt Winn S. May 23, Maxfield was knocked off the GI Kentucky Derby trail after suffering a condylar fracture in his right front leg during a breeze at Keeneland in June. Dr. Larry Bramlage performed surgery and the Brendan Walsh trainee made another successful comeback at Fair Grounds, capturing the Dec. 19 Tenacious S. Runner-up Sonneman (Curlin) and third-place finisher Dinar (Union Rags) also return here.

Last term's GII Louisiana Derby victor Wells Bayou (Lookin at Lucky) makes his second start of 2021 here. Fifth in Nadal (Blame)'s division of the GI Arkansas Derby in May, he was also forced off the Derby trail last summer due to bone bruising. The bay returned in NOLA Jan. 16, finishing third in the GIII Louisiana S.