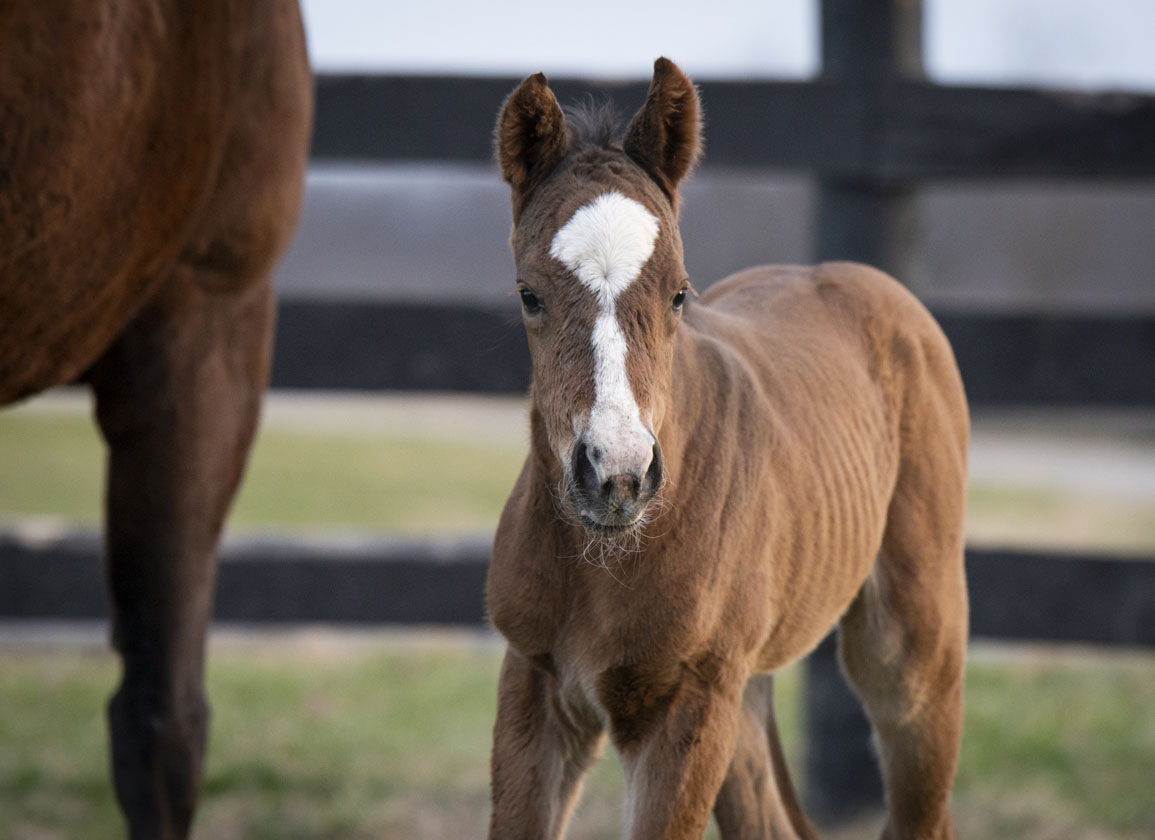 With the 2022 breeding season right around the corner, we will feature a series of breeders' mating plans over the coming weeks. Today we have Taylor Made's Katie Taylor Whalen on behalf of Larry Best, owner of OXO Equine.

Best retired two stallions to Taylor Made–GISW Instilled Regard (Arch) and GSW/GISP Instagrand (Into Mischief)–for their first seasons last year, with both represented by their first foals in 2022. A majority of his broodmare band, over 50 strong, will go to one of the two and are expecting foals by either of the young sires this year, but Best also supports another former runner who also entered stud last year in MGISP Rowayton (Into Mischief) at Diamond B Farm in Pennsylvania. He also uses a number of outside stallions.

With his first recorded start as an owner in 2017, Best has amassed a large and stellar group of broodmares in a short time, and said, “OXO has three priorities. 1, Quality. 2, Quality. 3, Quality.”

“OXO Equine has collected an unbelievably accomplished, well-bred, and beautiful group of mares,” said Taylor Whalen. “It is a joy to work with such an exceptional group. Larry has done a wonderful job of identifying young mares with active families. Breeders should pay close attention to the depth of his support for Instilled Regard and Instagrand. Both Instilled Regard and Instagrand were precocious accomplished racehorses, and they are receiving a caliber of mares that many stallions don't see until they are well established. Great things are in store for both OXO stallions and mares.”

Said Taylor Whelan, “Though OXO is excited and committed to support their own well accomplished stallions, they see the value in rotating top mares to interesting outside stallions. Essential Quality and Practical Joke both fit the mold. They were accomplished on the track, from the top two most powerful sire lines (Tapit/Into Michief) and have racing and commercial upside. We also learn from what goes well! We are taking Hung the Moon back to Quality Road. Her exceptional yearling colt by Quality Road was purchased last summer at Saratoga by Maverick Racing.”

Following is a selection of some of the biggest names in Best's broodmare band and their plans.

Best acquired this MGSW for $350,000 at the 2020 Keeneland November sale. She went to Instilled Regard for her first season last year and will visit Instagrand this year.

Best purchased the 2019 GI Breeders' Cup Distaff winner for a sales-topping $5 million at the 2019 Fasig-Tipton November Sale. He sent her to Into Mischief for her first foal, now a yearling filly. The MGISW and $2.6-million earner is due to Instagrand this year and will be bred back to Practical Joke. Taylor Whalen said the farm is very high on Blue Prize's yearling by Instagrand's sire.

CAMBIER PARC (m, 6, Medaglia d'Oro–Sealy Hill, by Point Given), to be bred to Instagrand

Out of Canada's 2007 Horse of the Year who has since produced four graded winners, Cambier Parc was a $1.25-million buy for Best at the 2017 Keeneland September sale and turned into a MGISW for him while under the tutelage of Chad Brown. The mare's first foal is due this year–an Instilled Regard foal–and she will be sent to the court of Instagrand.

Another GISW in the OXO broodmare band, Concrete Rose was a $1.95-million acquisition by Best at the 2020 Keeneland November sale. The mare recently made headlines again when she delivered her first foal, which also happened to be one of the first reported foals by Instagrand.

FINITE (m, 5, Munnings–Remit, by Tapit), to be bred to Instagrand

Picked up at Fasig-Tipton November just two months ago for $2.2 million, Finite is a MGSW out of a full-sister to MGSW Tapiture. She is one of the maidens headed to Best's Instagrand.

A $1.9-million buy by OXO at the 2020 Keeneland November sale, Indian Miss is the dam of 2019 champion sprinter Mitole (Eskendereya) and additional GISW Hot Rod Charlie (Oxbow), who is slated to contest the G1 Dubai World Cup Mar. 26. The oldest and most accomplished broodmare to date in the OXO broodmare band, Indian Miss is currently in foal to Instagrand and will go back to Practical Joke. Best also has her yearling colt by Into Mischief.