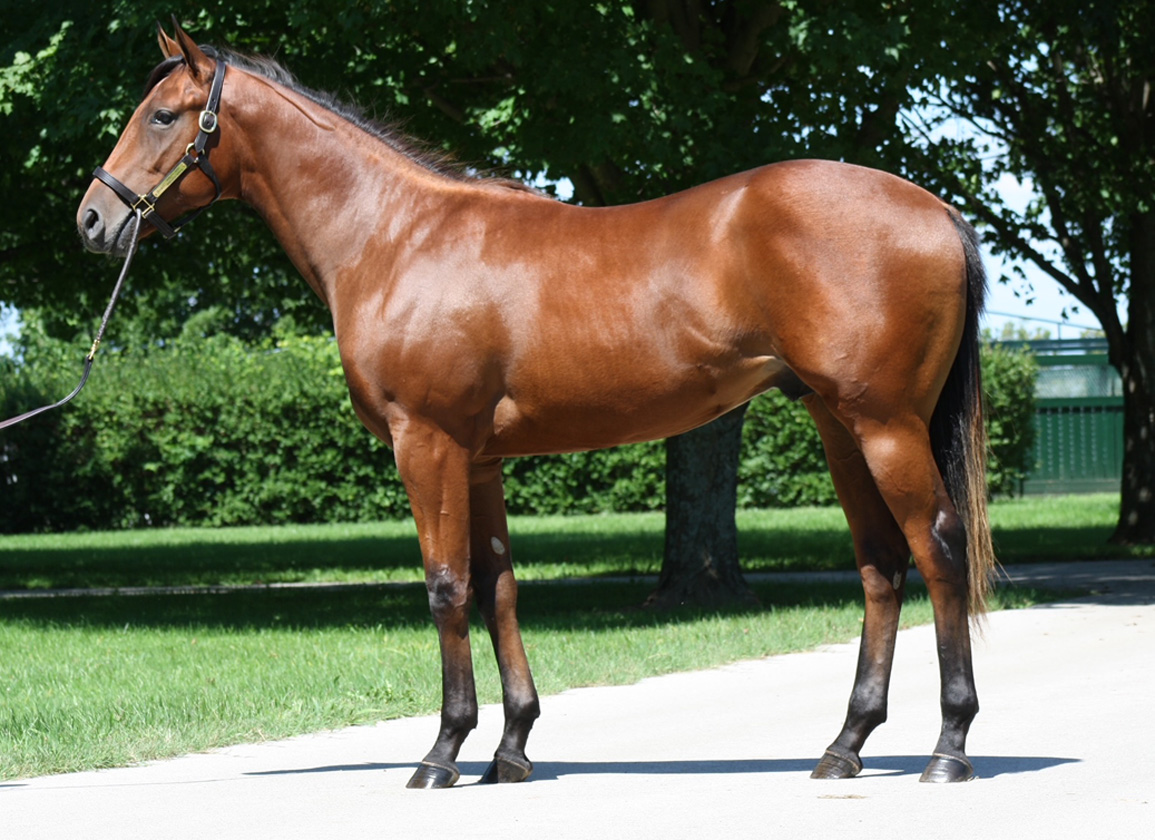 In this edition of our ongoing mating plans series, we spoke with Robert Tillyer, farm manager of Dixiana Farm.

“Right now we have about 50 broodmares at Dixiana Farm,” Tillyer said. “This year we are going to have around 38 foals. We usually put over 30 yearlings through the sale each year and then Mr. Shively is always happy to retain a few for his own racing stable.“

This year Brielle's Appeal is in foal to Speightstown and then she will be visiting Gun Runner, who set a new record for progeny earnings for a first-crop sire last year. He has great colts and great fillies and I'm really excited to see Echo Zulu run again.

This mare was a graded stakes-placed winner and she was very talented. She has proven that she can get a really good physical. She had a $1.15 million Quality Road yearling at Keeneland September last year. With this mare, she's been going to proven stallions. Gun Runner is the new, hot stallion so it just made sense.

HAVANA DREAM (m, 9, Quality Road – Mayo On the Side, by French Deputy) to be bred to Yaupon

This is the half-sister to MGSW Midcourt (Midnight Lute). We kept her first foal, a Kitten's Joy colt, and he is now in training as a 2-year-old. She also has a really nice Uncle Mo yearling filly who is really leggy and looks fast.

We decided to go with Yaupon for her this year. Yaupon was a really talented horse with a lot of speed. With a young mare like her, she's been to two proven sires so now we're going to go with a new stallion.

This mare is the dam of MGSW Express Train (Union Rags), who was raised here at Dixiana and recently won the GII San Pasqual S. for a second time. I'm A Flake produced the full-brother to Express Train last year. The colt is a big, strong, correct horse who moves really well.

She is in foal to Munnings this year. Munnings is very commercial and we think he will add speed to the family. She hasn't been to this sire line yet, so we are very excited to see what this mating produces and then she is booked back to Gun Runner.

This is the dam of GISW Tom's d'Etat (Smart Strike). We have her 3-year-old Connect filly in training with Al Stall and we also have her 2-year-old Nyquist colt. She has an American Pharoah yearling filly who is pointing for the Keeneland September Sale.

Last year we opted to go with War of Will. She's already a Grade I producer and War of Will is a beautiful sire. We're looking forward to that foal and then she will be going to Twirling Candy. He's proven and I don't think she's been to that sire line before. Physically, I think he will suit her and he has been doing really well recently.

The full sister to Express Train, Layla had her first foal last year, a Liam's Map colt. We're really happy with him.

This year she will be going to City of Light. We think the cross works well and he's a really popular stallion.

REVITALIZED (m, 4, Uncle Mo – Excited, by Giant's Causeway) to be bred to Authentic

This is a mare that Mr. Shively bought at the 2021 Keeneland November Sale for $360,000. She was one of seven mares he purchased last year. We're really excited about her. She's a beautiful mare and is a full-sister to SW Thrilled. Her 3-year-old full-sister Beside Herself just broke her maiden for Todd Pletcher, so it's a very active family.

Revitalized just had her first foal, a really nice Munnings filly. This year she will be visiting Authentic.

Tiger Ride is one of Mr. Shively's favorite mares. She's a homebred who won the GIII Pin Oak Valley View S. at Keeneland and placed in the GI Beldame S.

She had a Tapit colt that we sold as a yearling who is now three. She also has a Tapit filly who is now two that we retained. I saw the filly last week and she looked really good. Then she has an Uncle Mo yearling colt on the ground as well.

This year, she will go to Charlatan. Again, she's been to three proven sires so we're going to try an unproven sire this year. Everyone knows that Charlatan is stunning. He was obviously very talented and John Sikura was very selective with the mares going to him, so we think he has a great shot as a stallion.

TRUE ELEGANCE (m, 9, Distorted Humor – Sealy Hill, by Point Given) to be bred to Essential Quality

The daughter of champion Sealy Hill, this mare produced her first foal in 2019. It was a Kitten's Joy filly who is now in Dixiana's racing stable. She won first out at Arlington Park last summer, beating the boys. She had a little break and just got back into training. We retained the mare's Frosted 2-year-old filly as well. She is currently in training and we really like her. The mare's yearling filly is by Ghostzapper. She looks fast and is correct. She will likely be at the September Sale.

This year the mare is in foal to Authentic. Obviously the Into Mischief-Distorted Humor mating is a proven cross, so we're excited for that foal. Then she is going to go to Essential Quality. We wanted to try a different sire line with her. He was a talented horse and is really good looking. We think he's going to be commercial and is another one that we think has a great shot as a sire.