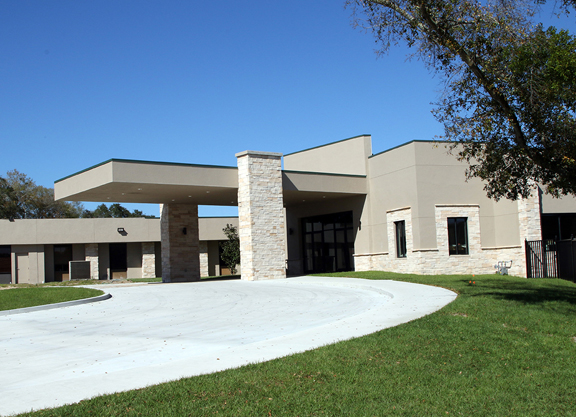 The Ocala Breeders’ Sales Company’s October Yearling Sale opened Tuesday with competitive bidding for the top lots leading to an increase in both average and median and a colt by hot freshman sire Liam’s Map bringing top price of $230,000.

Of the 225 yearlings catalogued for Tuesday’s session, 186 went through the ring. With 65 yearlings failing to meet their reserves, the session’s buy-back rate was 34.9%.

Sixteen horses sold for six figures in Ocala Tuesday, compared to nine in 2018 when the top price was $340,000.

De Meric made the day’s highest bid for the second-to-last horse through the ring Tuesday, purchasing hip 224 for $230,000 from the Select Sales consignment. He also made the day’s second-highest priced purchase, going to $190,000 for a son of Empire Maker (hip 185) consigned by Francis and Barbara Vanlangendonck’s Summerfield.

“Right now, they are most likely going to be heading to the races, although nothing is written in stone,” de Meric said of plans for the yearlings. “They were bought for a New York-based stable with the intent that they would go to the stable. There is always the possibility that either or both could end up in a sale, but they were bought with the intention for racing.”

Hip 224 is out of Dad’ssilverpitcher (Giant’s Causeway), a half-brother to stakes winner Melodic (Tale of the Cat) and from the family of Group 1-placed Oiseau de Feu.

“I loved his balance and his athleticism,” de Meric said. “I liked the fact that he was a little bit immature and there is a lot to come with him. But he was very balanced and a beautiful-moving colt, with lovely clean angles and top line, a la Unbridled’s Song. For me, all the parts fit. Liam’s Map is off to a superb start and he felt like a very good fit. We are focused on colts with pedigrees and he fit that criteria.”

The gray colt was purchased by the Brogdens’ Machmer Hall for $37,000 as a weanling at last year’s Keeneland November sale. He was supplemented to the October sale after RNA’ing for $100,000 at last month’s Keeneland September sale.

For Carrie and Craig Brogden of Machmer Hall, a last-second decision at last year’s Keeneland November sale resulted in a big score on Tuesday in Ocala. Carrie Brogden purchased the OBS October session topper, a son of Liam’s Map, for just $37,000 as a weanling based purely on faith in her husband’s keen eye.

“That horse was in Book 2 at Keeneland November, and my husband Craig came home from shortlisting and said, ‘There’s this Liam’s Map colt who’s unreal. He’s my favorite foal in Book 2, he’s amazing, he’s incredible, I love him.’ And, if you know Craig, it’s unusual for him to say that kind of stuff,” an elated Brogden said.

Fast forward to sale day last November and Carrie Brogden, also a partner in Select Sales, was in the back ring at Keeneland to watch a horse go through immediately after the Liam’s Map colt.

“There’s a gray horse in the ring, and they’re like ‘$20,000, $22,000, $25,000’–very unusual [to be that inexpensive] in Book 2. So, I look up at the board and say, ‘That’s a pretty colt.’ I opened the catalog to find out who he is, and I have my husband’s book and it’s the horse–it says ‘Love this horse’ with stars and hearts and stuff he never writes,” said Brogden. “So, I run over to the consignor and find out how he vets and they said he vetted fine. I bid once or twice and I got the horse. After signing the ticket, I called my vet, Dr. Michael Hore, and asked him to go and vet the horse. He goes to the barn, scopes the horse and X-rays him and says he vets great. So, I told him the story and he said, ‘Well, if Craig feels that way, I’ll take a leg of the horse, too.’… Today’s result was insane–I bought and signed the ticket for the horse without ever laying eyes on him physically, only on the TV screen from the back ring.”

The colt was re-offered at last month’s Keeneland September sale, but developed an ulcer on his epiglottis and, despite Brogden guaranteeing his throat, RNA’d for $100,000. The issue cleared up just days after he returned to Machmer Hall, and he was subsequently supplemented to OBS only to see sire Liam’s Map pick up his second Grade I winner in his first crop with ‘TDN Rising Star’ Wicked Whisper in Sunday’s GI Frizette S.

“All the stars aligned, but I was still shocked by the price,” Brogden said. “He had a ton of vet activity and we knew he was popular, but I never expected that result. The greatest thing with that horse is I knew, whoever got him, when they got him home they were going to call me and tell me how much they love him. He’s just that kind of horse. He’s never had to have a lip chain on at the barn–just easy, easy, easy–straightforward, correct, clean. It’s a dream come true.” —@BDiDonatoTDN

Among the day’s top lots and most profitable sales in Ocala Tuesday was hip 103, a colt from the second crop of Palace Malice consigned by Lyn and Bill Rainbow’s The Acorn LLC. He brought $170,000 from Golden Star Farm.

The first foal out of stakes-placed juvenile Like a Queen (Corinthian), the chestnut was purchased by the Ocala-based couple for just $28,000 as a Keeneland November weanling.
“We’re absolutely thrilled–we’re still walking on clouds,” said Lyn Rainbow. “I thought he’d go for over $100,000 because I thought he was that nice a colt and the response had been so good, but I didn’t know that he’d go that high.”

The youngster had been purchased in part to keep the lone colt in the Rainbows’ crop of homebred yearlings company.

“We were sitting in the Keeneland dining room on the Sunday that I bought him, and we realized that snow was coming in on Tuesday, and we’d been walking, and looking and bidding on weanlings forever and getting outbid on everything that I needed for a babysitter,” Rainbow said. “So, my husband announces, ‘We have to get out of here tomorrow–it’s going to snow. We have get back to Florida.'”

“I had to resort to Plan C and started scrambling,” she recalled. “We got up to Barn 41 and realized the colt we had come to look at was already down in the back ring.”
Luckily, Rainbow’s son Bo, a veterinarian with Equine Analysis Systems, was back down the hill.

“I called Bo and asked if he was worth coming down to see, and he said, ‘Oh ya, he’s worth it,'” Rainbow said. “He was a nice colt with a fairly correct walk. Bo went in and checked the
X-rays, we put it all together and everyone else went to sleep in the pavilion and I got him for $28,000. That’s the only way I figured I could get him.”
Rainbow said the colt had, unsurprisingly given the price difference, blossomed since November. Click for walking video.

“He grew a lot more than I thought he would,” Rainbow said. “He just developed into a lovely horse. He’s just one of those horses where every day, when you walked out to the barn, he looked better. He’s got a great, beautiful walk, which he had as a baby. He had a wonderful walk and that’s the first thing I’m looking for. I like to have fairly correct legs to go with it or else all the wheels fall off later if they grow. He just went in all the right directions, which is what you need to happen to do something like this.”

Rainbow certainly has the pedigree herself for weanling-to-pinhook success. She grew up on her parents Carolyn and Sam Rogers, Jr.’s White Oaks Farm. White Oaks was a longtime leading consignor known for its success with pinhooks.

“Our routine used to be Fasig July, then Saratoga, then August OBS then Keeneland September, then finish up at Timonium with mom and dad under the White Oaks banner,” Rainbow said. “What mom and dad were known for was buying weanlings and selling yearlings, so for years I’ve been doing that. Since we’re older now, I’ve just kind of concentrated on filling in the gaps. We have a certain number of mares ourselves, we do a little bit of racing, but I don’t go out there having to have something.”

The Rainbows have raced the likes of stakes-winning near $310,000 earner Surprise Wedding (High Cotton).

Because of the OBS October sale’s popularity with local pinhookers, Rainbow said she tends to focus on horses who will have appeal in the 2-year-old market. The Acorn offered two yearling fillies at last year’s October sale: a Wicked Strong filly who was acquired at KEENOV after RNA’ing for $37,000; and a Tale of the Cat filly purchased for $27,000 at the same auction. The former failed to meet her reserve at October, but was turned over to the Rainbows’ longtime friends Nick and Jacqui de Meric, and blossomed into a $150,000 OBS March juvenile; while the latter went to Tristan and Valerie de Meric for $60,000 at OBSOCT and blossomed into a $420,000 OBSAPR seller.

Among the less familiar names at the top of the buyers list at OBS October was Golden Star Farm, which purchased four colts for a combined $412,000, including the aforementioned Palace Malice colt from The Acorn LLC. While Golden Star is a new entity, its principal has been involved in the sport for decades.

Mickey Gonzalez races as M Racing Group LLC, and has campaigned the likes of 2014 GIII Oklahoma Derby winner Tonito M. (Rock Hard Ten) and 2009 GIII Generous S. hero Who’s Up (Graeme Hall), as well as a number of stakes winners in his native Puerto Rico. The semi-retired businessman, whose professional background is in the insurance industry, recently sold his mansion in Las Vegas and purchased a farm in Ocala.

With help from Joe Pickerrell of Pick View LLC and agent Christina Jelm, Gonzalez has been acquiring his first group of yearlings this season to be resold at next year’s 2-year-old sales.

“He’s new to pinhooking, but he’s not new to racing,” said Pickerrell. “He’s been in the horse business for 30-plus years, some in Puerto Rico, and he races a lot now in California.”
Gonzalez met Pickerrell at OBS June after paying $400,000 for a Pick View-consigned Tapit half-brother to MGISW Verrazano–now named Golden Star Rock and in training at Santa Anita–at the behest of Jelm. Gonzalez was particularly active at Keeneland September this year, where he purchased five youngsters–all colts–for $1.55 million.

“We became friends after June,” Pickerrell said. “Christina Jelm helped a lot at Keeneland, but she’s not here, so I’ve been helping Mickey. He mostly picks the horses himself, though. He looks at the pedigrees, and he goes around and looks at everything. He’s very active–I’m just a small advisor.”

Pickerrell likely had some particularly useful insights when it came to hip 103, considering he sold recent GIII Pilgrim S. winner Structor (Palace Malice) for $850,000 this March after purchasing him for $160,000 last September.

“We thought there was a lot of upside to that colt,” Pickerrell said of hip 103. “It was a little more than we wanted to pay, but we felt like with the way the stallion’s on an upward trajectory, it was a good opportunity to get a good, quality colt.”

As for the market as a whole, he added, “I think it’s healthy for the good horses. The good horses were selling for 25%-30% more than where we wanted to be, but for those ones, it’s really where you’ve got to be to get them home. Mickey’s excited–he’s semi-retired and he’s looking to enjoy the horses and enjoy Ocala.” –@BDiDonatoTDN