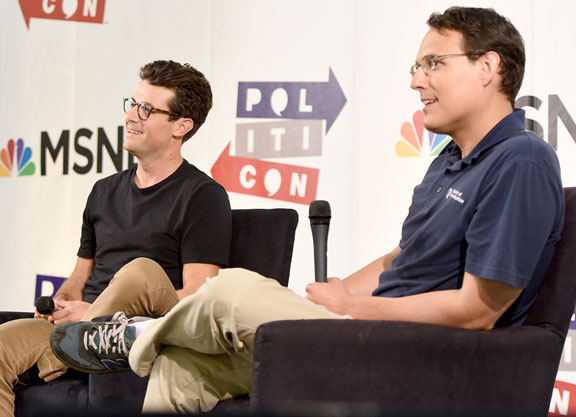 Steve Kornacki, who has gained a cult following as the national political correspondent for MSNBC, will join NBC Sports' coverage of Saturday's GI Kentucky Derby beginning at 2:30 p.m. ET.

Kornacki, who has been praised for his ability to explain the complicated election process, will apply his analytical perspective in segments entitled “Meet the Contenders.” He will also offer insights on notable betting trends.

Kornacki also contributed to NBC's Football Night in America programming over the winter, where he broke down the oft-confusing NFL playoff scenarios.

“After successfully tackling FNIA, we're excited to have Steve join our Kentucky Derby team,” said Rob Hyland, Coordinating Producer of NBC Sports' Kentucky Derby coverage and Football Night in America. “We expect he will be right at home working a sport that includes terms like neck-and-neck, down-to-the-wire, and dead heat.”

“It's going to be a thrill to be at Churchill Downs on the first Saturday in May, something I've wanted to do since the very first Derby I watched as a kid in 1987,” Kornacki said. “To get to play a role with the NBC Sports team, which I've been a fan of for years, is an honor.”

Click for a Bill Finley feature on Kornacki from this past February.