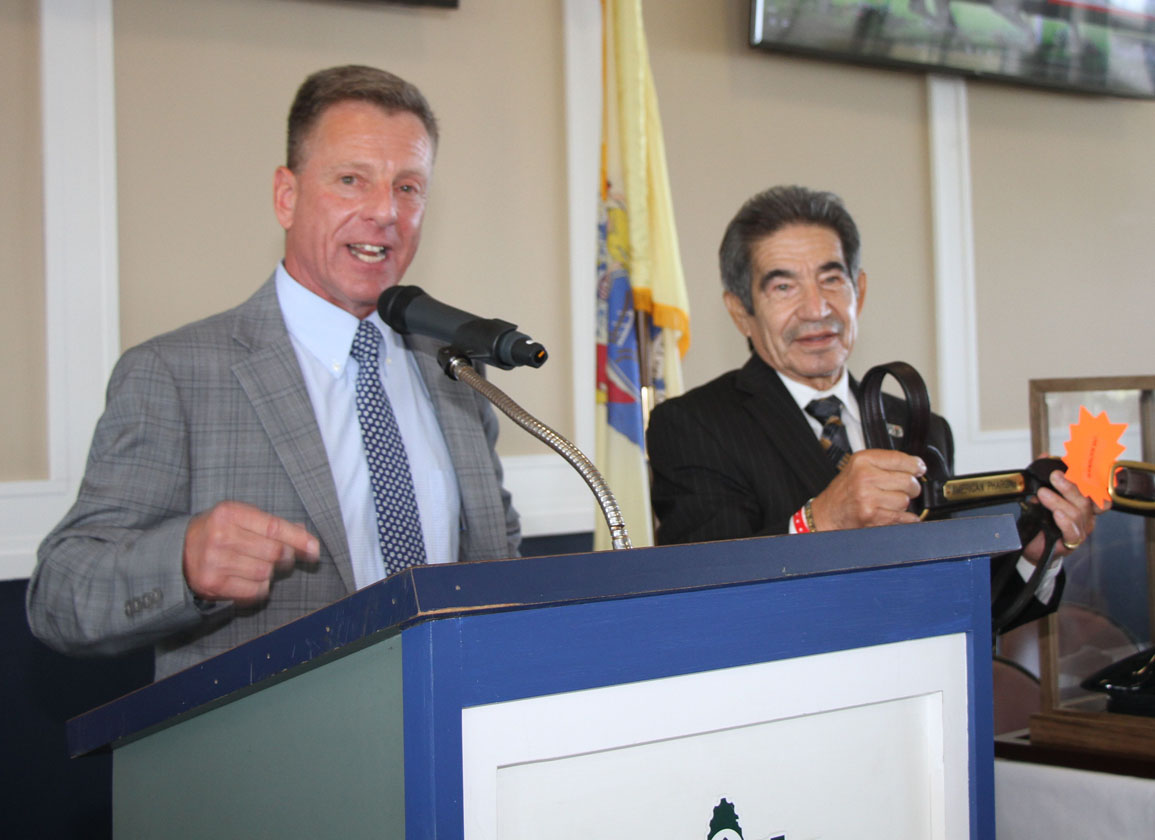 Last Saturday's Jockeys and Jeans Fundraiser held at Monmouth Park raised $340,000, breaking the record of $312,000 raised in 2019 when the event was held at Canterbury Park. Organized by an all volunteer group, Jockeys and Jeans has now raised a total of $1.9 million for the Permanently Disabled Jockeys Fund.

“I've heard it said that jockeys don't get the credit they deserve by the racing industry and don't do enough to help each other,” said Jockeys and Jeans President Barry Pearl. “We just proved that is a myth.”

At least 50 members of the racing community purchased sponsorships, including presenting sponsor Caesars Entertainment. The crowd of 200 included a dozen Hall of Fame riders.

Jockeys and Jeans Man of the Year was Brian Elmore, the former President of Racing at Indiana Grand Racetrack & Casino, site of the second Jockeys and Jeans event, and currently Director of Indiana Horsemen's Benevolent and Protective Association, which is a major event donor.

G.R. Carter Jr., who won six consecutive national Quarter Horse riding titles and 10 overall, received the Uphill Push Award, given annually to the person who provides the most aid to disabled former jockeys. Carter secured donations of over $32,000 in Quarter Horse breeding rights.