Miguel Mena Dies After Being Struck by Car 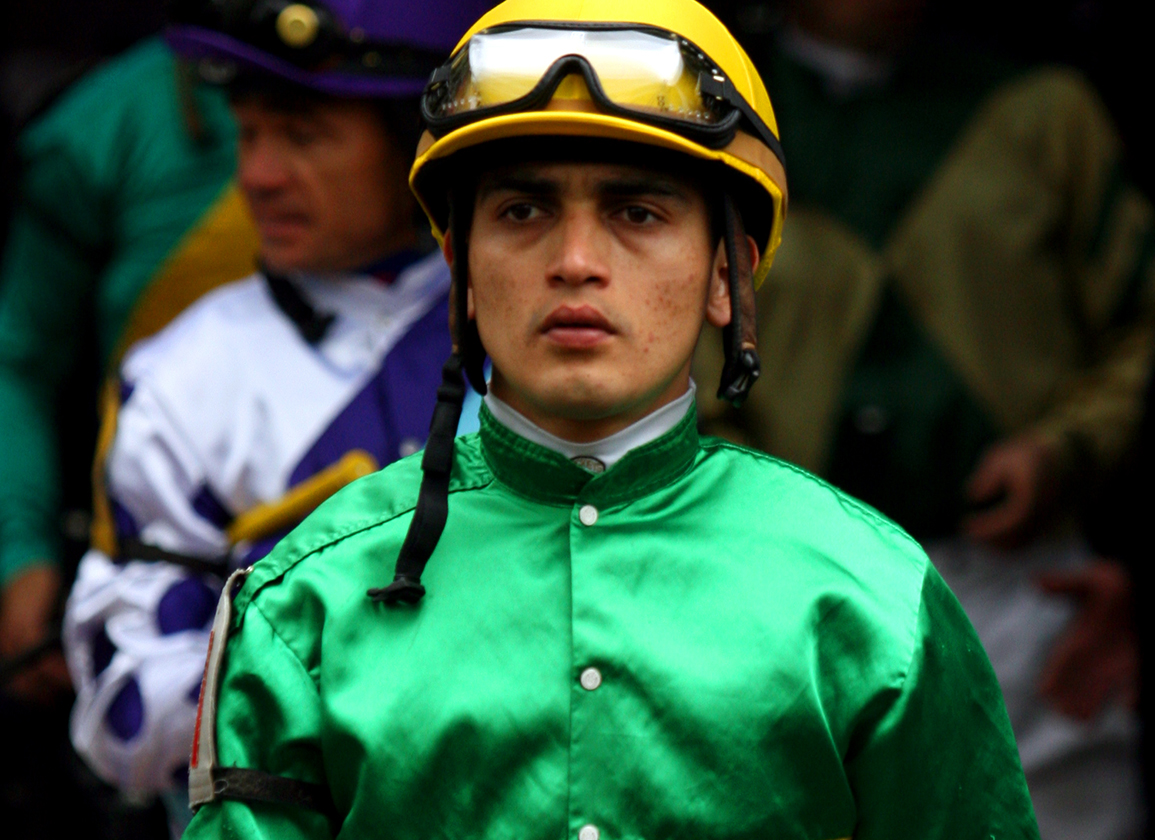 Jockey Miguel Mena was killed at about 7:36 p.m. Sunday night in Louisville when struck by a car. He was 34.

According to the Jefferson County Coroners Office, which released a brief statement Monday, Mena was a pedestrian on Interstate 64 West between Blankenbaker Parkway and Hurstbourne when hit. The cause of death is listed as blunt force injuries and the manner of death was listed as accidental.

According to Rick Sanders, the chief of the Jeffersontown Polic Department, which handled the incident, Mena wound up on the highway after exiting a vehicle from the Lyft car sharing service. Sanders said Mena left the car while it was on Hurstbourne Lane and then proceed to walk toward the highway. Mena crossed over the eastbound side of I-64 and was hit while attempting to get across the westbound side.

Mena had two wins at the Keeneland fall meet and was in Louisville to ride at Churchill Downs. He did not ride Sunday at Churchill.

“This news is absolutely shocking, terrible and heartbreaking,” said Churchill Downs Racetrack President Mike Anderson in a statement. “Our team is devastated to learn of Miguel's passing. He was such a courageous rider who fought to overcome several challenges and adversity. We'll miss his bright smile. Our deepest condolences are extended to his many friends, fellow riders and family, and our immediate thoughts are with his wife April and his daughters Naelah and Montserrat.”

“Miguel was a longtime member of the Jockeys' Guild and very talented rider,” said President and CEO of the Jockeys' Guild Terry Meyocks in a statement. “He was an inspiration to many as he courageously overcame serious injuries to return to riding. He will be greatly missed by his fellow riders, his friends and family. Our sincere condolences to his wife, April and daughters, Naelah and Montserrat.”

Mena was born in Lima, Peru and attended the Jorge Bernardini Yori Jockey School there. The same school has produced Hall of Famer Edgar Prado and Rafael Bejarano. According to his biography on the Keeneland website, Mena's father, Jose, was a jockey and his uncle was a trainer.

“I used to go to the racetrack all the time,” he told Keeneland. “I was watching my dad ride and I wanted to do what he was doing. I got the idea in my head when I was a kid that I'm going to be a jockey.”

Mena came to the United States at age 17 and settled in at the Florida tracks. He recorded his first North American win as a jockey at Calder Race Course on Sept. 7, 2003 aboard Elian (Native Fir) for trainer George Heath. He caught on quickly and has won riding titles at Presque Isle Downs, Ellis Park and Turfway.

Mena moved his base to Kentucky in 2006 and became a steady force among the riding colonies there. He finished among the top five in the Churchill standings eight times. Mena's 481 wins at Churchill Downs rank 15th all-time.

On Mar. 15, 2018, Mena was involved in a serious spill at Fair Grounds, where he was the leading rider at the time. He suffered a compound fracture of his right ankle and a broken heel. He made his comeback seven months later on Oct. 18 at Keeneland. He was named the winner of the first Randy Romero Pure Courage Award in February 2020. Presented at Fair Grounds, the award recognizes an active jockey who has overcome adversity.

After the news broke, there were a number of tributes to Mena posted on Twitter.

“R.I.P. Cholo. Prayers to your wife and kids. We will all miss you brother,” wrote jockey David Cohen.

“RIP Miguel–rode many for GMB Racing–none more impressive than this ride in the Stephen Foster aboard Tom's d'Etat–our prayers to the Mena family during this sad time,” read the post from GMB Racing.

Jockey Alex Canchari wrote: “My heart hurts right now, I can't believe this, RIP my friend Miguel Mena, a devoted father an amazing/fearless Jockey and a role model to so many. My heart is broken for Miguel's family, I have no words. Rest easy, Cholo.”

Jose Santos Jr. has started a GoFund Me campaign for Mena's wife and two young daughters. To donate, click here.