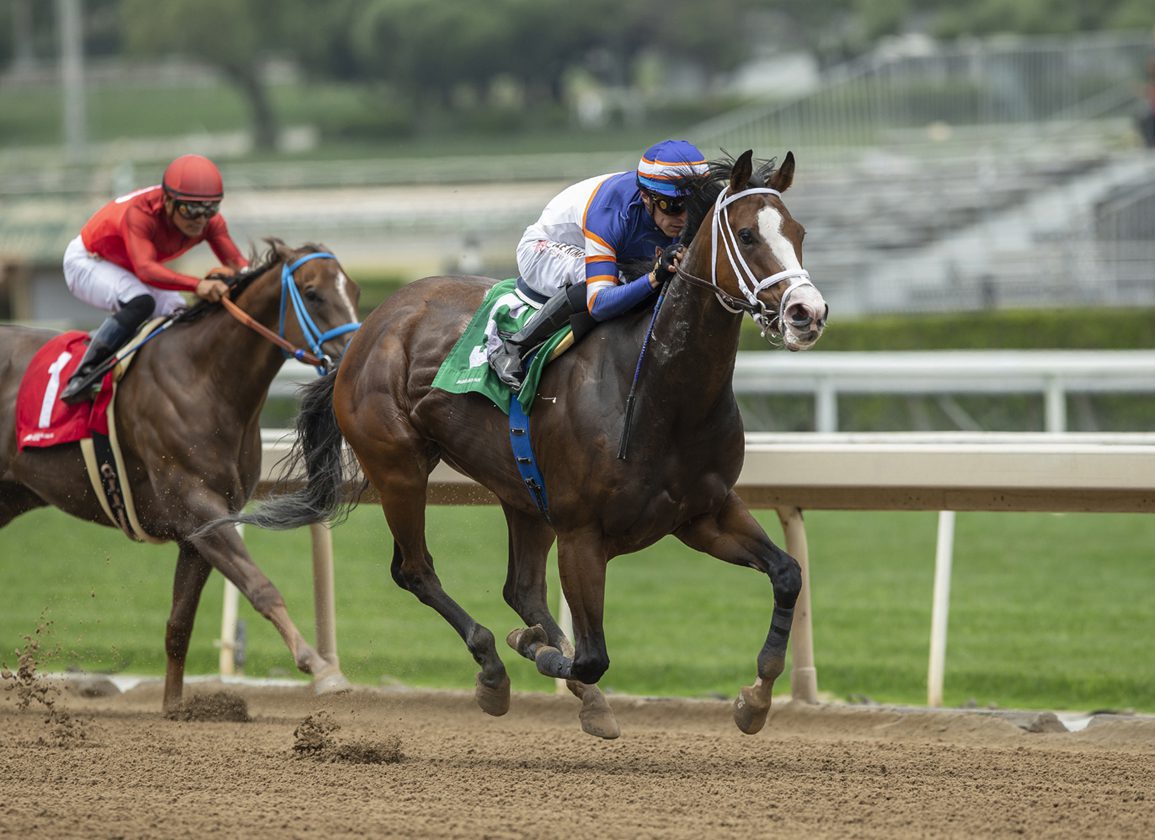 Historically, Independence Day racing had served up a smorgasbord of delectable graded action throughout the U.S. Since the advent of the 'Super Saturday' format instituted in many of the nation's biggest racing jurisdictions in more recent times, however, July 4 racing has felt a little more abstemious than gourmand. Underscoring the point, this year's holiday racing schedule features a single graded stakes race, the GII Great Lady M. at Los Alamitos.

Formerly the Sequoia H., the Great Lady M. was initially contested over seven furlongs at Hollywood Park in 1941, when it was won by movie mogul Louis B. Mayer's Painted Veil. KO'd by World War II the next two years, it returned in 1944 as a race for juvenile fillies at six furlongs. Not held from 1947 through 1958, the race resumed in 1958 once again featuring older horses, and in 1986, it was upgraded to a Grade III before gaining Grade II status in 1990. Renamed the A Gleam H. in 1979, the contest finally garnered the name of the Great Lady M. in 2013, when moving to Los Alamitos following the closure of Hollywood Park. The race's namesake, trained by Hall of Fame trainer D. Wayne Lukas, won the 1980 renewal of the A Gleam, far surpassing her racing accomplishments as a broodmare after foaling 1986 Horse of the Year Lady's Secret (Secretariat).

While last season's 6 1/2-furlong test for filles and mares served as a stage for an embarrassingly easy 10-length romp by the 2020 champion female sprinter Gamine (Into Mischief), the 2022 edition of the race doesn't appear to have a filly of that caliber in its midst, although Nick Alexander's Becca Taylor (Old Topper) has proven dominant on the left coast, having won eight of nine starts, including Santa Anita's GIII Desert Stormer S. June 4. A debut winner at Los Al during her juvenile season, the California-bred has registered wins at four different California tracks, having only tasted defeat once when nosed out for the win while facing statebreds in the grassy Irish O'Brien S. Mar. 19.     Also included among graded stakes winners in this year's renewal are Ain't Easy (Into Mischief), last term's GII Chandelier S. scorer, who also finished third in a pair of Grade II races in 2022, and GII Sorrento S. victress Elm Drive (Mohaymen), winner of her sole start in 2022 in the May 8 Angels Flight S. at Santa Anita.