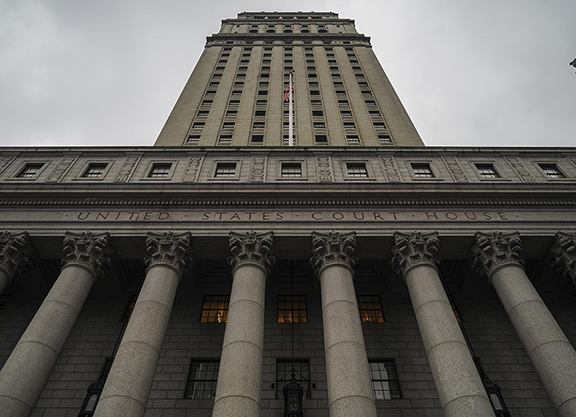 Jordan Fishman, the convicted Massachusetts-based drug formulator who made illicit substances that were later injected into racehorses, got sentenced to 15 months back on Feb. 8 after pleading guilty in the wide-ranging international horse doping conspiracy.

But nearly four months later, Fishman still hasn't been incarcerated because the Bureau of Prisons (BOP) has twice lagged in telling him to which federal facility he's supposed to surrender.

On Monday, for the second time within the past six weeks, his attorney wrote a letter to the judge handling the case to inform him that it's now three days before the date Fishman is supposed to turn himself in, but he still hasn't heard anything from the BOP.

Patrick Joyce, Fishman's lawyer, had articulated essentially the same concern back on Apr. 25 in United States District Court (Southern District of New York). Fishman's original reporting date had been May 9, but the judge pushed the surrender date back one month because of the lack of assignment.

In general, prisoners who are scheduled for self-reporting get at least several weeks of lead time about where they're supposed to serve their sentences so they can make any necessary arrangements about getting there or inform the prison about medical needs.

“It is most important that Mr. Fishman be permitted to contact the facility to which he is designated prior to his incarceration,” Joyce wrote. “We are hoping to supply the facility with a list of foods to which Mr. Fishman is allergic. Mr. Fishman has a significant reaction to most fruits, and anything containing gluten. His exposure to these things causes a variety of serious health issues. (Severe GI issues, headaches, and anaphylactic reaction).

“For these reasons, Defendant respectfully requests that the Court adjourn Jordan's surrender date until August 9, 2022, before 2 PM, or until 14 days after he has been notified of his designation, whichever date occurs later,” Joyce wrote.

Back in October, Fishman, 64, had pleaded guilty to one count of adulterating and misbranding purportedly performance-enhancing drugs.
Jordan Fishman is unrelated to-but had a professional working relationship with-Seth Fishman, the convicted veterinarian who is awaiting his own sentencing from the same series of arrests and faces 20 years in prison for his role in the horse-doping conspiracy.

This story was posted in Top News and tagged doping trial, Jordan Fishman.