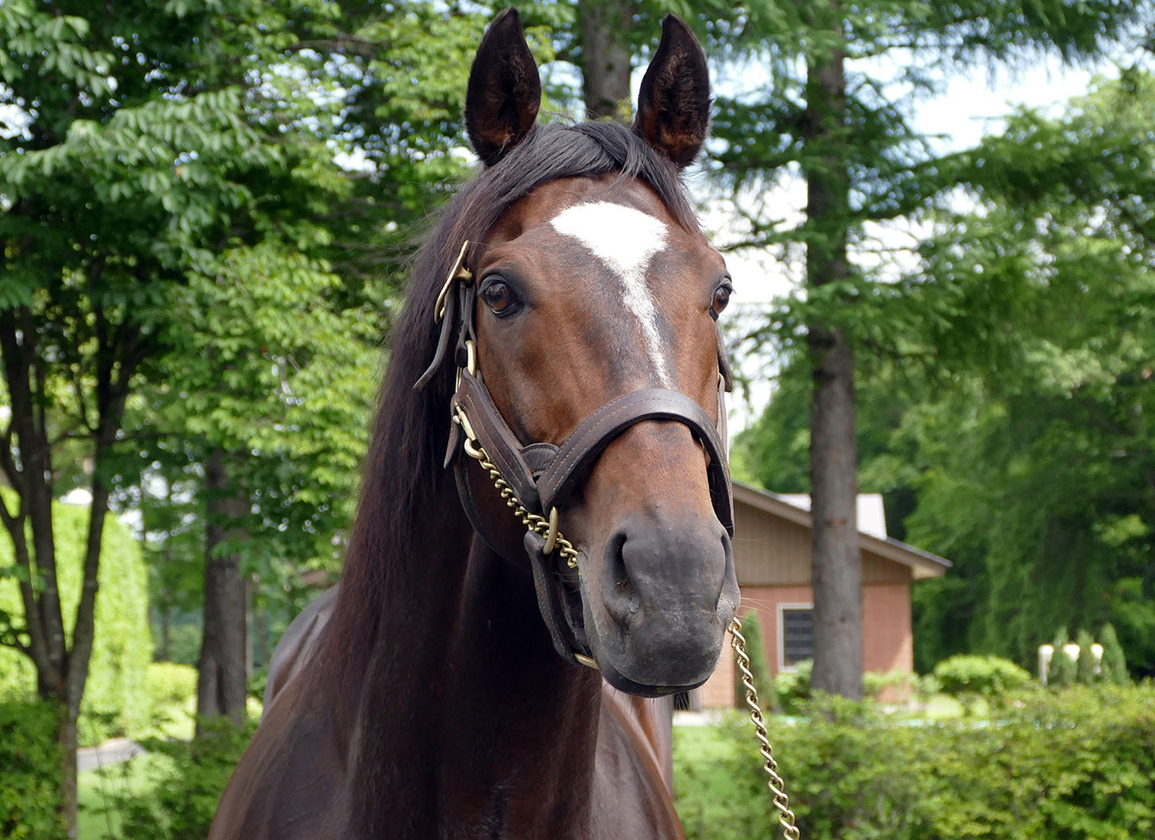 Responsible for the G1 Victoria Derby victor Hitotsu (Aus), Maurice (Jpn) (Screen Hero {Jpn})'s fee has been reduced to ¥7,000,000. That is the same price that Japanese Classic winners Rey de Oro (Jpn) (King Kamehameha {Jpn}) and Saturnalia (Jpn) (Lord Kanaloa {Jpn}) will command, with the former having first yearlings in 2022 and the latter welcomes his first foals next year. 2019 U.S. Horse of the Year Bricks and Mortar (Giant's Causeway), whose first foals are yearlings in 2022, will hold court for ¥6,000,000. The last son of Sunday Silence on the Shadai roster, Daiwa Major (Jpn), will stand for a private fee.

For the complete Shadai 2022 roster, please see below. 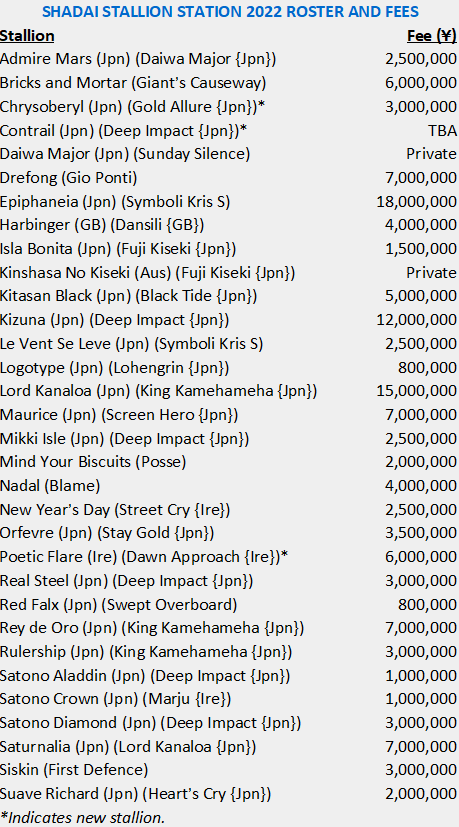