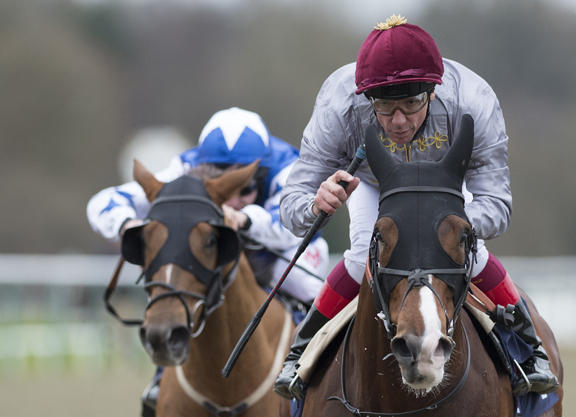 Frankie Dettori's contract with Al Shaqab Racing has been reduced, his agent Peter Burrell confirmed to The Times. Burrell said it was the operation's shift in concentration to France that necessitated the change.

“They have reduced the number of horses by 50% in Britain and the contract makes allowance for that,” Burrell told The Times. The agent said of Dettori's previous contract, which stretched back to 2013, “It would be correct to say that [the retainer] was a substantial six-figure sum.”

Despite the cut Dettori will presumably not be short of quality mounts in 2018, his rides outside the Al Shaqab banner including John Gosden's champion 3-year-olds Enable (GB) (Nathaniel {Ire}) and Cracksman (GB) (Frankel {GB}).

It has been reported that Al Shaqab has in recent months owed its trainers considerable debts, which Al Shaqab General Manager Khalifa Al Attiya linked to organizational restructuring and an issue between offices in Europe and Qatar.