Decrypt On Course For 2000 Guineas 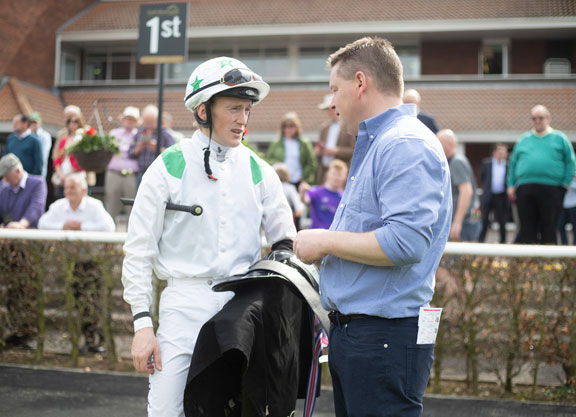 Tipperary trainer Paddy Twomey is looking forward to saddling his progressive colt Decrypt (Ire) (Dark Angel {Ire}) for the G1 Tattersalls Irish 2000 Guineas on Saturday week. Though yet to be tested in stakes company in three outings, the 3-year-old gave the impression that he is very much a potential pattern performer when slamming his rivals in a conditions race at Cork on his seasonal reappearance last month under Billy Lee. That victory saw his rating rise to 105 and while that still leaves him well short of the market principals in the Guineas his owner/trainer is not concerned about the steep rise in class. “He’s very much on target for the Irish 2000 Guineas,” Twomey said. “I was happy with him at Cork – he did what I hoped he would do, and I’m looking forward to running him next Saturday. I don’t think the ground will really matter to him. He’s won on good to firm and good ground, so I’d not be worried about that,” he added. Paddy Twomey’s string is in fine form at the moment with Foxtrot Liv (GB) (Foxwedge {Aus})’s win in Killarney on Tuesday the trainer’s third winner from his last five runners.