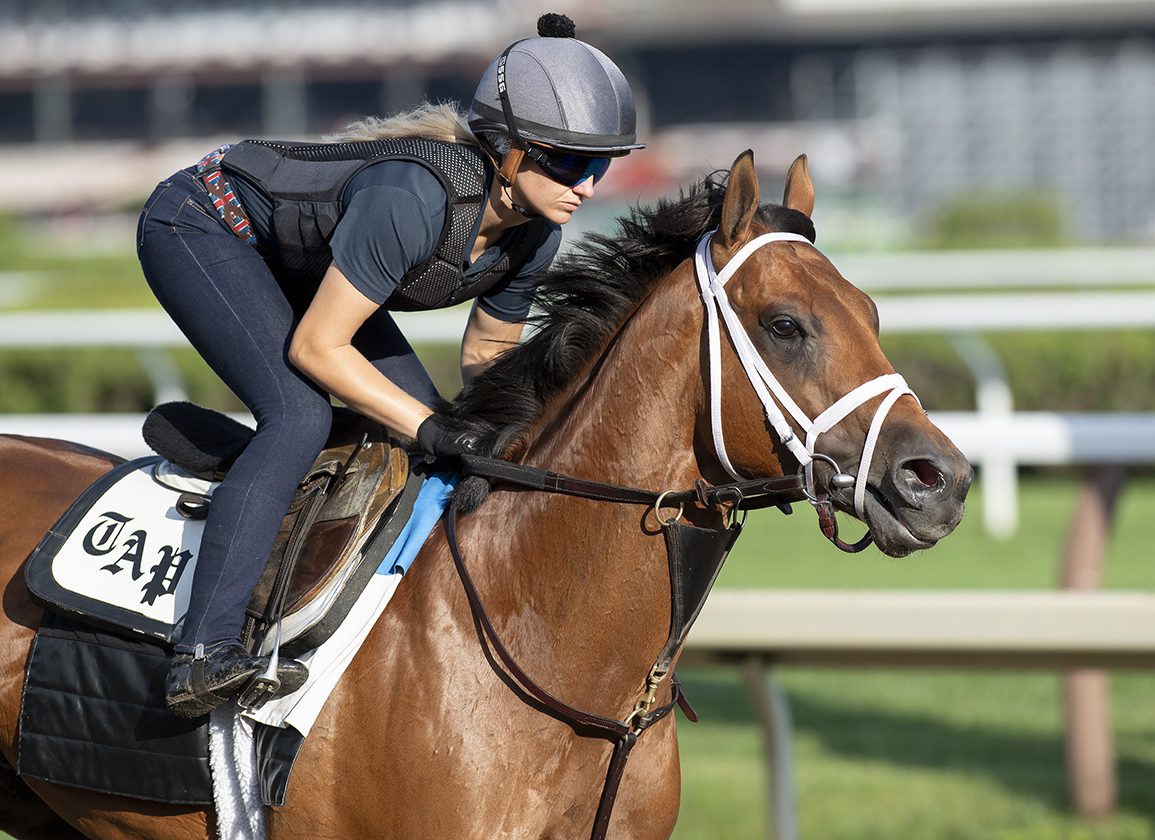 The 'TDN Rising Star' spent some time at WinStar after his championships season and, with Bob Baffert serving his suspension, was sent to Pletcher in May with an eye on the late season sophomore highlights. (Click here for Pletcher's thoughts in Mike Kane's Saturday feature).

“We're hoping that with the good fortune we had with his sire Quality Road and him making his debut for us in the Amsterdam, which produced a track record performance, that hopefully some of that good fortune will follow through here,” said Pletcher, who seeks his fifth Amsterdam win.

While he will be the favorite, he won't have it easy. Corniche is joined by Grade I winner Gunite (Gun Runner) and graded stakes-winning fellow Pletcher trainee My Prankster (Into Mischief), who finished one-two in Churchill's Maxfield S. last out July 3. The champ also faces one of his former shedrow mates from the Baffert barn in GISW Pinehurst (Twirling Candy).

Never worse than second in a juvenile campaign that included a win in the GI Darley Alcibiades S., Juju's Map (Liam's Map) looks to return to winning ways Sunday in the GIII Monmouth Oaks. Making her seasonal debut with a dominant optional claimer score on the GI Kentucky Oaks undercard, the dark bay checked in third as the favorite last out in Belmont's GII Mother Goose S. June 25.

She will be made to work for it though with the presence of Meydan sensation and 'TDN Rising Star' Shahama (Munnings), who receives Lasix for the first time Sunday. The $425,000 OBSAPR acquisition was second in the Mother Goose after rallying for sixth in the Oaks.

A pair of Gun Runner fillies look to add to their sire's stakes success at Monmouth last weekend in SW Shotgun Hottie and GSP Runaway Wife.