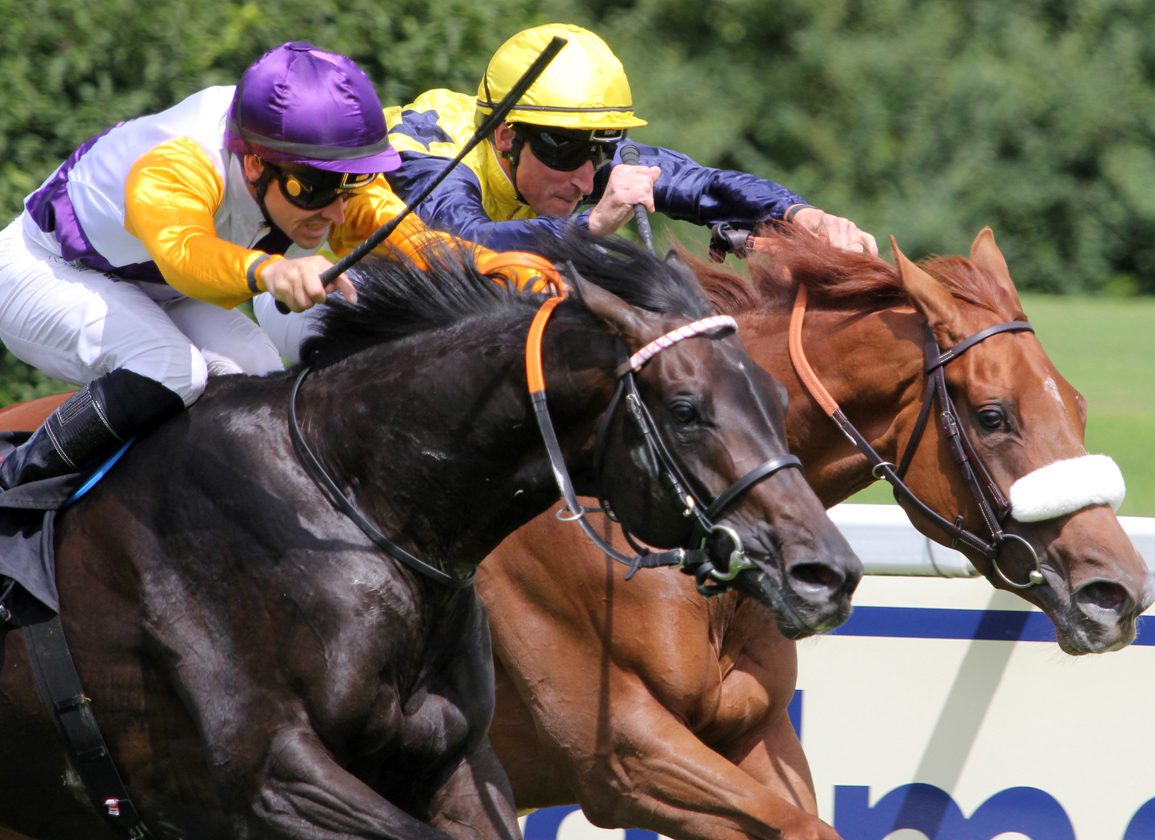 Sammarco, who saluted in his Oct. 31 debut at Halle, suffered his only reversal when second over this course and distance in the May 1 G3 Bavarian Classic on seasonal return and bounced back in style to snag Cologne's June 6 G2 Union-Rennen before basking in Classic glory on the first Sunday of this month.

The 16-5 second favourite was well away to occupy second passing the judge first time and settled into a smooth rhythm against the fence when slipping one spot along the backstraight. Bustled along to close soon after turning for home, he angled into a clear passageway for the final quarter mile and kept on relentlessly under continued rousting to deny Amazing Grace (Ger) (Protectionist {Ger}) by 3/4-of-a-length in the dying strides. The Aga Khan's international globetrotter Ebaiyra (Distorted Humor) held every chance in the straight, but was unable to reach the leaders at the business end and ran on to finish a half-length adrift in third as the 13-10 favourite.

“Sammarco is truly a great horse and we will now take our time to decide where to go from here,” commented Peter Schiergen in the aftermath of securing a fifth renewal and hot on hooves of the trainer snagging Friday's G3 Thoroughbred S. at Goodwood with Rocchigiani (GB) (Time Test {GB}). “He will definitely run over longer trips again in the future and I was pretty certain he could also do the job over 10 furlongs. With regard to his future career as a stallion, it is so important for him to have won over different distances and he's achieved that now.”

“It was a big task and test for Sammarco, having to run against his elders from at home and abroad at the highest level, and just four weeks after winning the [G1 Deutsches] Derby,” insisted his owner-breeder Helmut von Finck after Sammarco emulated his damsire (by In The Wings {GB}), who garnered this event for Schiergen in 2005 and 2007. “He is a dream of a horse and such a genuine fighter. To win this race for a third time is an overwhelming feeling.”