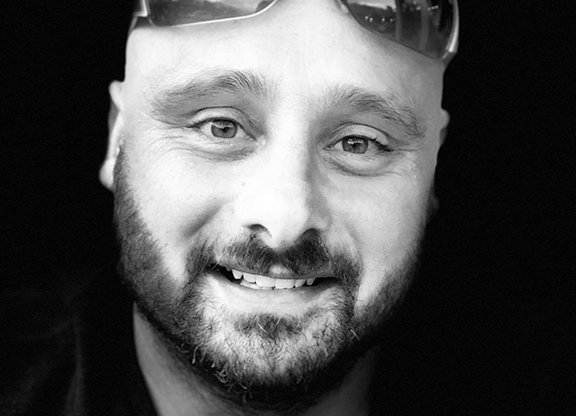 The concept of selling bloodstock online has never caught on in the U.S., but an Australian named Anthony Gafa thinks he can change that. Gafa runs Bloodstockauction.com, which has been selling horses based in Australia and from every imaginable category since 2014, and will be launched in the U.S. May 7.

“When we started, the plan was to reach out all over the world,” Gafa said. “The next country we are going to is America. We have a staff in America and have established an office there. For us, it is an exciting time. It's definitely something the industry there needs. Nobody over there s doing it on a regular basis at the moment.”

Gafa said it was always his intention to launch in the U.S. later this year, but he moved up the date due to the coronavirus. With several major U.S. sales postponed and with some owners looking to sell their horses due to the uncertain state racing is in, Gafa said he believed the U.S. market needs to have an online option. Just last week, Fasig-Tipton announced that all of their future auctions would offer online bidding, and said they were also planning to launch a timed, online-only auction at a future date.

“The timing to launch Bloodstockauction.com has the potential to help the industry during these times of uncertainty and has come at a crucial time to allow for the industry to continue to trade horses,” said Gafa.

Bloodstockauction.com said they planned to hold two auctions per month with the auctions starting on the first and third Thursday of every month. Each one will conclude five days later, on a Tuesday.
There are not many industries left that don't rely heavily on internet sales, but the Thoroughbred bloodstock industry has been one of the last to embrace the concept. The vast majority of all auctions take place at the sales grounds. It's not about tradition or racing being behind the times, but that most buyers have traditionally not felt comfortable purchasing a horse unless they and their advisors can go over it from top to bottom in person.

Gafa said that's why there is a five-day period from the beginning to end of an auction. That should give potential buyers a chance to contact the seller and arrange for an in-person inspection.

“The five days gives you ample time to conduct a search on that horse,” he said. “We're all about networking, so the vendors can be contacted by the potential purchasers. People are encouraged to contact the vendors and ask questions and set up a time for an inspection. We encourage people to inspect the horse.”

Another factor that may make the U.S. market harder to crack than the Australian market is that there are no claiming races in Australia. Without the claiming option, Australian owners and trainers hoping to acquire or sell racing stock don't have a lot of options, which makes an online sale more appealing. Gafa said he believed Americans will discover that moving horses online is more practical than trying to do so via the claiming game.

“The advantage of moving a horse through an online auction is a horse can be sold much more frequently as auctions go live on the first and third Thursday of every month, giving vendors the opportunity to sell horses without having to wait sometimes up to four or five months for a suitable sale or to get a racehorse fit for a specific claiming race,” he said. “This also opens a much larger buying bench as not only licensed trainers can buy the horse but anyone who is a member of Bloodstockauction.com.

If the U.S. version of Bloodstockauction.com follows the Australian version, the website won't compete with the high-end sales at places like Keeneland, Fasig-Tipton, or OBS. Gafa said about 60 percent of the website's sales are race horses that are in training. The most anyone ever sold a horse for on the site is $275,000 (AUD), which converts to $169,000 US. Gafa said the Australian version of the website will have about 5,000 listings in 2020 and that 75 percent of all horses listed will be sold.

“We sell a lot of horses for around $100,000 to $120,000,” Gafa said, referring to Australian dollars. “Then there are the horses that sell for $10,000. We sell off-the-track horses as well and one of them might sell for $600. Our average is growing every year. We encourage people at all levels to list horses with us and sell them.”

He said about 75 percent of all horses listed will sell. In Australia, a $600 minimum price has been set so that no one will buy a horse from the auction site and immediately send it to slaughter.

“The key to what we do is work with realistic vendors and realistic purchasers and we always encourage people to list with a realistic reserve. We want to sell horses and we don't want to just collect listing fees.”
Gafa said Bloodstockauction.com has been a “game changer” in Australia. But will what works in Australia work in the U.S.? Gafa said he thought it would.

“Given our market research, along with feedback from breeders, trainers, owners, industry participants and large commercial breeding and racing organizations in America, this is an opportunity Americans are wanting to embrace.”