Arrogate Represented By First Winner at the Spa 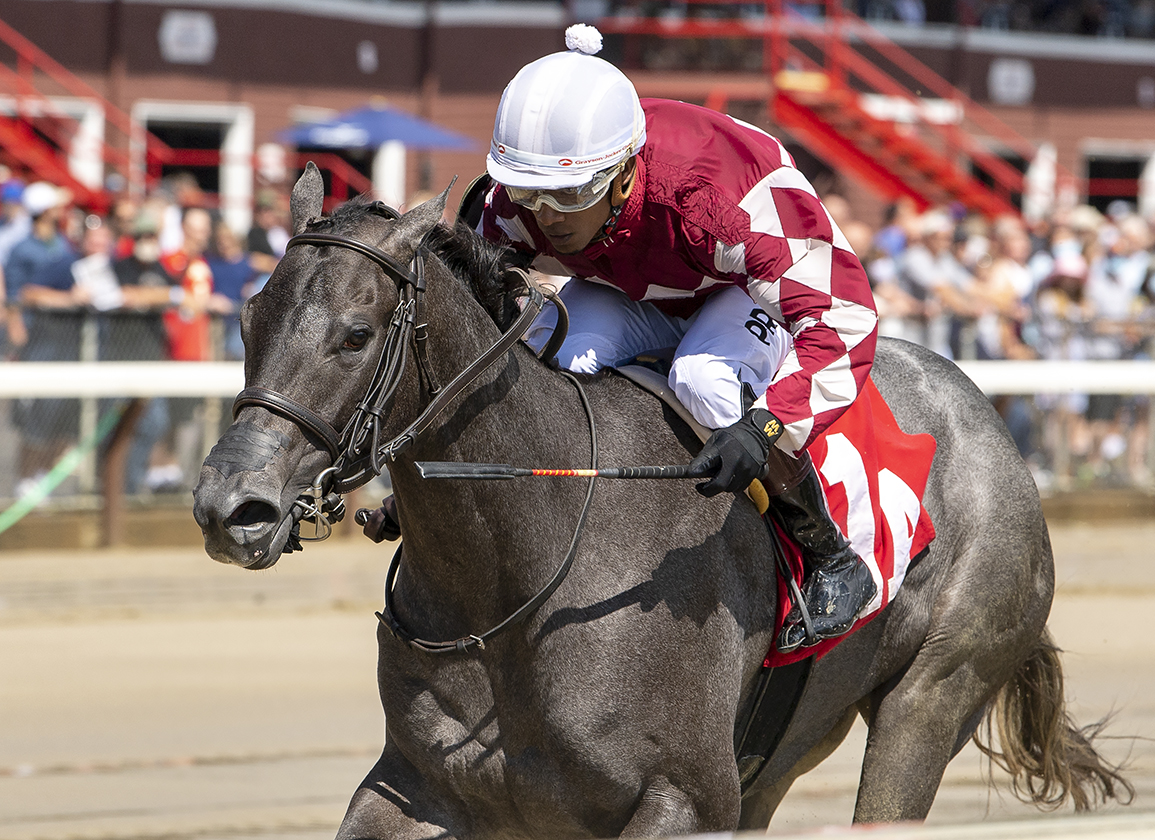 Sent off as part of an entry at just over 3-1, DJ Stable's Adversity (Arrogate–Artemis Agrotera, by Roman Ruler) became the first winner for her late freshman sire (by Unbridled's Song) with a second-out success Monday at Saratoga. Run over a main track that was downgraded from good to sloppy and sealed by a quick-passing storm, the grey filly–a debut seventh sprinting over the turf course Aug. 12–stepped well from an outside gate and pressed the pace from the outside beneath the hot-riding Ricardo Santana, Jr. Asked to win her race in upper stretch, she hit the front about a furlong from home and kept on to score by a comfortable 2 1/4 lengths despite failing to switch her leads late. The Honorable Ruth (Trinniberg) was second, while Adversity's entry-mate Carbon (Ironicus) closed for third.

Bred by Chester and Mary Broman, like DJ's GIII With Anticipation S. winner Coinage (Tapit–Bar of Gold), Adversity made a single appearance at public auction, fetching $335,000 at OBS April after breezing her eighth of a mile in a smooth :10 flat. Artemis Agrotera, who won the GI Frizette S. in 2013 and this track's GI Ballerina S. as a 3-year-old the following season, is also the dam of Adversity's SW half-brother Chestertown (Tapit), the $2-million topper at OBS March in 2019, and has a yearling colt by Into Mischief and colt foal by the Spendthrift maestro. Artemis Agrotera was most recently covered by Curlin.

Click here for TDN video of Artemis Agrotera and Adversity when he was a foal.