Home » Archive » Europe » Arqana Back In Business With August Highlight

Arqana Back In Business With August Highlight 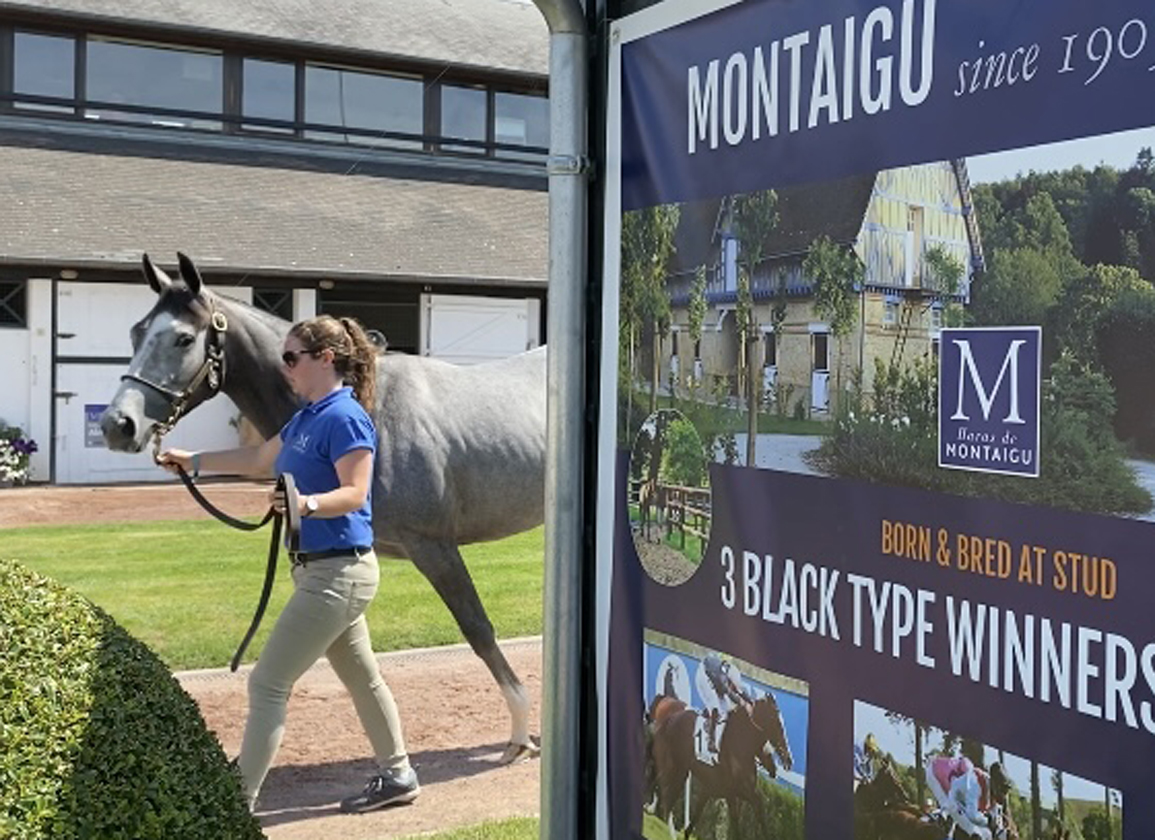 DEAUVILLE, France–As the first full day of showing got underway for Arqana's August Yearling Sale, the sales grounds gradually filled as visitors arrived from Britain and Ireland, along with a planeload of agents and owners who came straight to Normandy from Saratoga.

As if to welcome France's premier sale back to its rightful slot in the calendar, the sun also made an appearance as Arqana prepared to bring the curtain up on the European yearling season. The three-day auction begins its run on Saturday, with two select evening sessions after racing concludes next door at the Hippodrome La Touques followed by Monday's 1pm kick-off for the final, longer session.

Last year's edition, rebranded as the Select Sale when pandemic restrictions meant it had to be postponed to September, was as ebullient as any of its August predecessors and featured three seven-figure yearlings, led by Ecurie des Monceaux's predictable headline-grabber, the Dubawi (Ire) half-sister to Arc winner Sottsass (Fr) (Siyouni {Fr}) and multiple Grade 1 winner Sistercharlie (Ire) (Myboycharlie {Ire}), who sold for €2.5 million. Now known as Pure Dignity (GB), the chestnut filly is in training in Newmarket with Roger Varian for HH Shaikh Nasser Al Khalifa and KHK Racing.

There is no yearling from her illustrious dam Starlet's Sister (Ire) (Galileo {Ire}) in the catalogue this year, but we can once again expect the team behind Ecurie des Monceaux to play a leading role at France's premier yearling auction. Its 38-strong draft will be one of the first to take to the ring when it offers lot 3, a Lope De Vega (Ire) half-brother to the G1 Haskell Invitational winner Coil (Point Given) and G1 Hollywood Derby winner Chiropractor (Kitten's Joy).

The Lepeudry family's Elevage de Tourgeville has been well represented by graduates on the international stage in recent years including the likeable Lord Glitters (Fr) (Whipper) and G1 Prix Marcel Boussac winner Lily's Candle (Fr) (Style Vendome {Fr}), and the latter's half-sister by Frankel (GB) appears early in the Saturday session as lot 16.

“This is the diamond for us, there are not many chances to have a Frankel around the farm,” said Felix Lepeudry, who returned to his family's stud in January following stints in Newmarket as assistant trainer to both Roger Varian and Marco Botti.”

Further top-class claims close-up in the family are made by Lys Gracieux (Jpn) (Heart's Cry {Jpn}), whose four Group/Grade 1 wins include the Arima Kinen and the Cox Plate and who shares her grandam, the Tourgeville foundation mare Miller's Lily (Fr), with this filly.

In yard B, an elegant grey daughter of Galileo (Ire) drew plenty of admirers, and it was not just for the fact that she is one of four yearlings by the late champion sire. Lot 120, offered by her breeder Haras de Montaigu, is also a half-sister to the 2017 Derby winner Wings Of Eagles (Ire), and she is not the only sibling to a Classic winner catalogued for this weekend. Haras du Logis St Germain presents lot 111, a Ribchester (Ire) half-sister to the farm's 2020 G1 Poule d'Essai des Pouliches winner Dream And Do (Ire) (Siyouni {Fr}), who is now among the broodmare band at Japan's Northern Farm and is also from the immediate family of treble Group 1-winning miler Charm Spirit (Ire).

Just a few doors down from the Ribchester filly in T yard is a Kingman (GB) filly (lot 62) bred by Jose Delmotte's Haras d'Haspel who boasts one of the best updates in the book. The statuesque filly is the third foal of the Observatory (GB) mare Needleleaf (GB), a sister to Juddmonte's G1 Haycock Sprint Cup winner African Rose (GB), and is a half-sister to Godolphin's recent G2 Superlative S winner Native Trail (GB) (Oasis Dream {GB}).

Among a slightly larger and well presented draft from Ballylinch Stud is one of the sale's rarities, a filly by Shadai Stud's Lord Kanaloa (JPN), whose offspring include the outstanding dual G1 Japan Cup and G1 Tenno Sho victrix Almond Eye (JPN). In early as lot 19, the Merry Fox Stud-bred filly is the second foal of the GIII Robert G Dick Memorial S winner Guilty Twelve (Giant's Causeway), whose first foal is a filly by Deep Impact (JPN).

Arqana's Freddy Powell, who flew back in with the American clients from Saratoga on Wednesday, pointed to the diversity of this year's catalogue. He said, “Our advertising campaign says 'More than just business as usual', and we really feel we have a very strong band of horses. There are a lot of new families in the catalogue–pedigrees that we are not usually selling in Deauville–and I think that is a wonderful advertisement for the investment of the French breeders over the last few years.”

He added, “Of course there are the big names like Etreham and Monceaux but there are a number of other farms who have invested to buy mares and fillies and they are sending them to good stallions around Europe. We are all quite excited about it.

We had about 55 people on the plane, including around 25 American agents or owners. Travelling has not been fun in the last year and we wanted to make it easy for everyone, to create some positive dynamism and make it easier for people to invest.”

Following Hubie de Burgh's tale in yesterday's TDN of the prominent bloodstock agent who was thrown in the clink overnight some years ago for flicking the vees at the flics, Robert Nataf decided to out himself as the agent in question and provided a clarification of the story.

“I actually did it twice, each time the police drove past, and then I hid under the table,” he recalled of the incident which took place 21 years ago. “Then Paul Webber told them where I was hiding and they took me away.”

Nataf even has a fond memento of his run in with the law framed in his office after Webber launched a 'Free Robert' campaign and got his colleagues to sign up to the cause.

Listening in to the account, Charlie Gordon-Watson promised an even more lurid story for tomorrow's TDN. Watch this space.