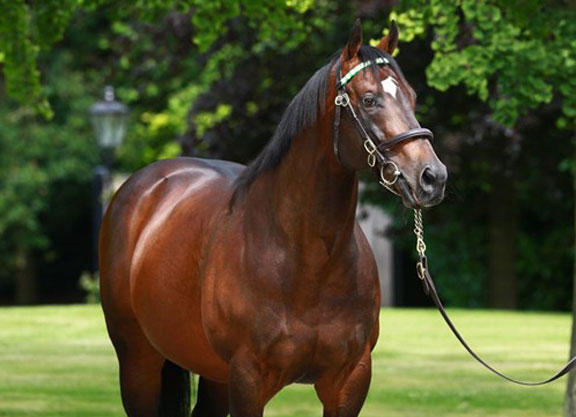 As breeding sheds prepare to swing open their doors in the coming weeks, we bring you the final installment of our 2021 Value Sires series. Gone are the days of dissecting sales averages and speculating on the comments of the judges; these elder statesmen have proven their mettle on the racecourse, and a few of them are even available at their lowest ever fees.

While value exists in all price brackets and for all budgets, we have chosen to limit the scope of this analysis to stallions standing in Europe for £/€20,000 and below, selecting two sires apiece that stand between 15,000 and 20,000; 10,000 and 12,500 and below 10,000. As we have covered in depth the sire crops up to those which have first-crop 3-year-olds this year, stallions highlighted here will be those with at least two crops of racing age fully behind them.

Selecting the final six was far from an easy exercise. There were many worthy candidates, and in addition to the raw data likes percentages of winners and stakes winners and overall career performances, other factors taken into consideration included price point and the current trajectory of the horse's career.

This price bracket must be one of the most intriguing of them all: it includes not only the ever-reliable Iffraaj (GB) and Nathaniel (Ire) at a career-low fees, but also the incredibly popular Dandy Man (Ire) and the rising talent Make Believe (GB). But two stallions stand out in this price range on both percent of stakes winners to runners and winners to runners: Oasis Dream (GB) (£20,000) and Mastercraftsman (Ire) (€15,000).

One would be hard-pressed to nominate a sire in this price range that has compiled a body of work over a career that compares with Oasis Dream's. The 21-year-old former G1 July Cup winner was fast out of the gate with his first crop and soon established himself as a world-class sire, with the likes of Midday (GB), Muhaarar (GB) and Power (GB) among his 17 Group 1 winners. The dark bay stood for up to £85,000 at Juddmonte's Banstead Manor Stud, and is this year down to a career-low £20,000. His 9.5% rate of stakes winners to runners puts Oasis Dream in a class with sires that stand for many multiples of his fee, and he likewise gets 66% winners/runners. The dip in his fee goes hand-in-hand with the reality that his numbers of stakes winners have leveled off in recent seasons, but an average of seven per season since 2016 is still nothing to scoff at, and he is still turning out Group 1 winners, with three of his 17 having come since 2016: Muarrab (GB) won the G1 Dubai Golden Shaheen as a 7-year-old in 2016 while  Pretty Pollyanna (GB) and Polydream (Ire) won the G1 Prix Morny and G1 Prix Maurice de Gheest, respectively, in 2018. Oasis Dream has sired 122 stakes winners and his daughters have produced 58 stakes winners and five Group 1 winners. He had a remarkable year in 2020 alone as a broodmare sire, with G1 Irish 2000 Guineas winner Siskin, G1 Melbourne Cup winner Twilight Payment (Ire), G1 Cox Plate scorer Sir Dragonet (Ire) and G1 Prix Saint-Alary victress Tawkeel (GB) on his honor roll in addition to standout juveniles Miss Amulet (Ire) and Chindit (Ire). A mark of his consistent brilliance is that Oasis Dream is still well-supported in the sales ring, too: his 29 yearlings sold in 2020 averaged €86,669/£76,604. It's hard to imagine a horse in Oasis Dream's price range with a better chance to get a breeder anything from a sales horse to a potential broodmare or a top-class runner.

The six years younger Mastercraftsman (Ire) is following a similar trajectory; in fact, he has an average of 9.6 stakes winners per crop, versus 8.7 for Oasis Dream. From eight crops of racing age, the grey has supplied 77 stakes winners (6.3% of starters) and he gets winners at a rate of 62.3% (of starters). Mastercraftsman has 15 Group 1 winners, just two off Oasis Dream, and he likewise gets them at the highest level: Alpha Centauri (Ire) was champion 3-year-old filly and won the Coronation S., Falmouth S., Irish 1000 Guineas and Prix Jacques le Marois; The Grey Gatsby (Ire) took the G1 Prix du Jockey Club and G1 Irish Champion S., and Amazing Maria (Ire) and A Raving Beauty (Ger) each won a pair of Grade/Group 1s apiece. Mastercraftsman's 2021 fee of €15,000 is his lowest since 2013, and his crop bred off the back of Alpha Centauri's championship season will be 3-year-olds when his 2022 crop are going to the yearling sales.

There are plenty of horses in this price range across Britain, Ireland and France that offer eye-catching stats-with Coolmore stalwart Footstepsinthesand (GB) and French up-and-comer Galiway (GB) certainly among them-and once again we landed at Coolmore and Juddmonte for our top two choices: Bated Breath (GB) (£12,500) and Holy Roman Emperor (Ire) (€12,500).

A Group 2-winning sprinter for Roger Charlton who was second in four Group 1s, Bated Breath marked himself out early as a prolific source of high-class winners, his first three crops including the likes of G2 Rockfel S. and G3 Albany S. winner Daahyeh (GB), G2 Railway S. winner Beckford (Ire), G2 Dahlia S. and G3 Prix Minerve S. winner Worth Waiting (GB) and G2 Boomerang S. and G3 Jersey S. scorer Space Traveller (Ire). The bay has continued to build on those results, and in 2020 notched his first Group 1 winner in the GI Matriarch S. victress Viadera (GB). Bated Breath's juveniles had another outstanding year, too, in 2020, highlighted by Makaloun (GB) winning the G3 Prix de Conde and Cairn Gorm (GB) taking the G3 Prix de Conde. His winners to runners ratio is 60.2%, and the crop bred after his first successful season with 3-year-olds are three themselves in 2021. His yearlings are providing a return for their breeders and pinhookers, too: 53 sold at auction last year realized an average of €50,018/£44,162 that was 4.4x their £10,000 covering fee.

The 17-year-old Holy Roman Emperor (Ire) has carved out a truly remarkable stud career that has seen him sire Group 1 winners all across the world and across a great variety of trips. His 13 top-level scorers range from Guineas winners Homecoming Queen (Ire) and Romanised (Ire) to G1 Australian and New Zealand Derby scorer Mongolian Khan (NZ) to G1 Oakleigh Plate victress Sheidel (Aus) and GI Santa Anita Sprint Championship winner Rich Tapestry (Ire). They can be fast and precocious-like he was as a G1 Phoenix S. and G1 Jean-Luc Lagardere S. winner-but also have plenty of scope to train on. Holy Roman Emperor sires stakes winners at a rate of 6.1% of his starters (he averages 8 stakes winners per crop), and winners at 66.2%. He is still producing the goods and is this year available for the second-lowest price he has ever commanded.

At last we deviate away from the Danzig sireline as we land on Raven's Pass. The G1 Queen Elizabeth II S. and GI Breeders' Cup Classic-winning son of Elusive Quality has long had his books restricted at Kildangan Stud-his crops of racing age average 57 foals apiece–but he will certainly have his admirers; he is currently turning out stakes winners at a rate of 8.3% of his runners, and winners at 62.6%. His 2-year-olds of 2021 were bred off the back of his career-best season in 2017 when he provided 12 stakes winners, four of which were group winners including the G3 Prix Imprudence scorer and G1 Prix Rothschild second Via Ravenna (Ire). The chestnut has supplied three Group 1 winners: the G1 Sprinters S. winner Tower Of London, who was also a Group 2-winning 2-year-old on the competitive JRA circuit; G1 Prix Jean-Luc Lagardere winner Royal Marine (Ire) and in 2020 the G1 Al Maktoum Challenge Round 3 victor Matternhorn (Ire). Raven's Pass is available for four figures for the first time in 2021: he stands at Kildangan Stud for €7,500.

Our second selection in this price bracket also resides in Co. Kildare: Rathasker Stud's elder statesman Clodovil (Ire). The 21-year-old Clodovil is the sire of 25 stakes winners and, remarkably, had one of his finest years yet in 2021 with six black-type winners headed by his third Group 1 winner, the G1 Prix Marcel Boussac and Prix Francois Boutin victress Tiger Tanaka (Ire). In fact, 2020 was a notable year for Clodovil's juveniles, he having also sired the G3 Molecomb S. winner Steel Bull (Ire). Clodovil is siring black-type winners/runners at a rate of 4.6%, and winners at a rate of 65.2%; those are pretty attractive numbers for a €5,000 fee-like Raven's Pass, Clodovil is at his lowest-ever fee. It is worth noting that Clodovil's triple group-winning son Gregorian (Ire) is also available at Rathasker at the same fee, and he has gotten off to a promising start with five stakes winners from his first three crops to race, including last year's G2 Criterium de Maisons-Laffitte winner Plainchant (Fr) and G3 Summer Fillies' S. victress Queen Jo Jo (GB).