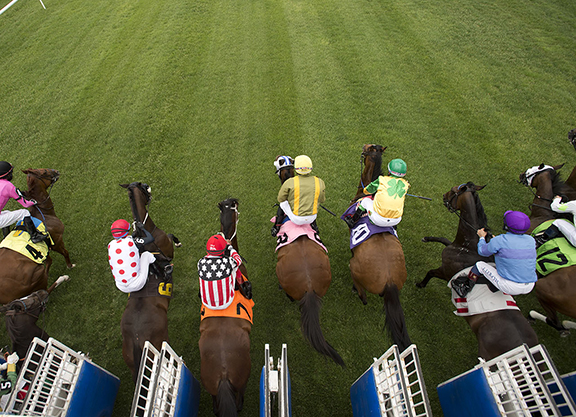 An assistant starter at Zia Park has been ruled off by the track's stewards for six months for slapping a filly in the head four times while the animal was locked in the gate prior to a race going off.

Ramon Alvarez has not appealed the ban, which went into effect Nov. 2 and runs through May 1, 2021, according to Izzy Trejo, the executive director of the New Mexico Racing Commission.

The abuse took place Oct. 20 during a mixed-meet card of Thoroughbreds and Quarter Horses at Zia. Alvarez was in the outermost stall attempting to control Javys Brown Sugar prior to Race 4, a 400-yard Quarter Horse trial for New Mexico-bred 3-year-olds.

Javys Brown Sugar dropped her head several times and Alvarez's reaction was to correct her with four open-handed slaps to the head, Trejo explained in an email to TDN.

Trejo acknowledged that the incident is difficult to see on the pan and head-on replays, but he added that the stewards utilized a cross-view gate angle from the outside post pointing toward the inside to get a definitive look at Alvarez delivering the blows.

After being hit, Javys Brown Sugar was allowed to start and ran third at 39-1 odds.

“The bottom line is, this type of behavior against our horses will not be tolerated,” Trejo wrote. “It's people like this in our industry that just pound that nail deeper into the coffin as others work diligently in trying to keep the industry afloat.”