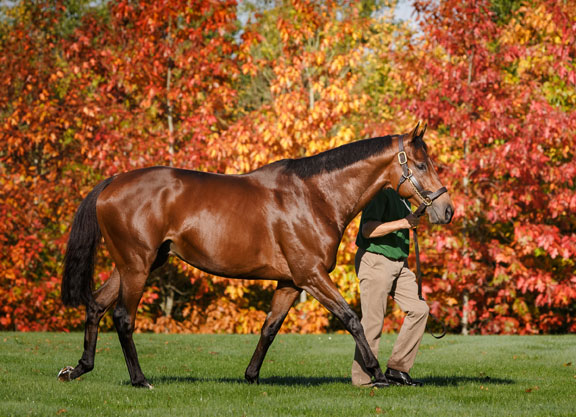 Three stallion shares and a breeding right were offered during Arqana's Online sale on Thursday, and it was a 1/50 share in France's soon-to-be-crowned champion first-season sire Zarak (Fr) that topped the sale on a bid of €380,000 from Martin Schwartz Racing. Schwartz is based in New York but has had plenty of success racing fillies purchased in France, including the likes of GI Breeders' Cup Filly & Mare Turf winner Zagora (Fr), the Classic-winning Stacelita (Fr), GI Garden City S. winner Alterite (Fr) and GI Spinster S. scorer Asi Siempre.

Zarak is France's leading first-season sire with 18 winners, two stakes winners and two Group 1-placed fillies, including Purplepay (Fr), who was sold for €2-million to Roy and Gretchen Jackson of Lael Stable at Arqana December.

A 1/50 share in a member of the same sire cohort, Almanzor (Fr), also attracted attention during the sale, eventually settling at €160,000 to Didier Krainc of Ecurie Vivaldi. Almanzor, Europe's champion 3-year-old of 2016, has had eight winners this season.