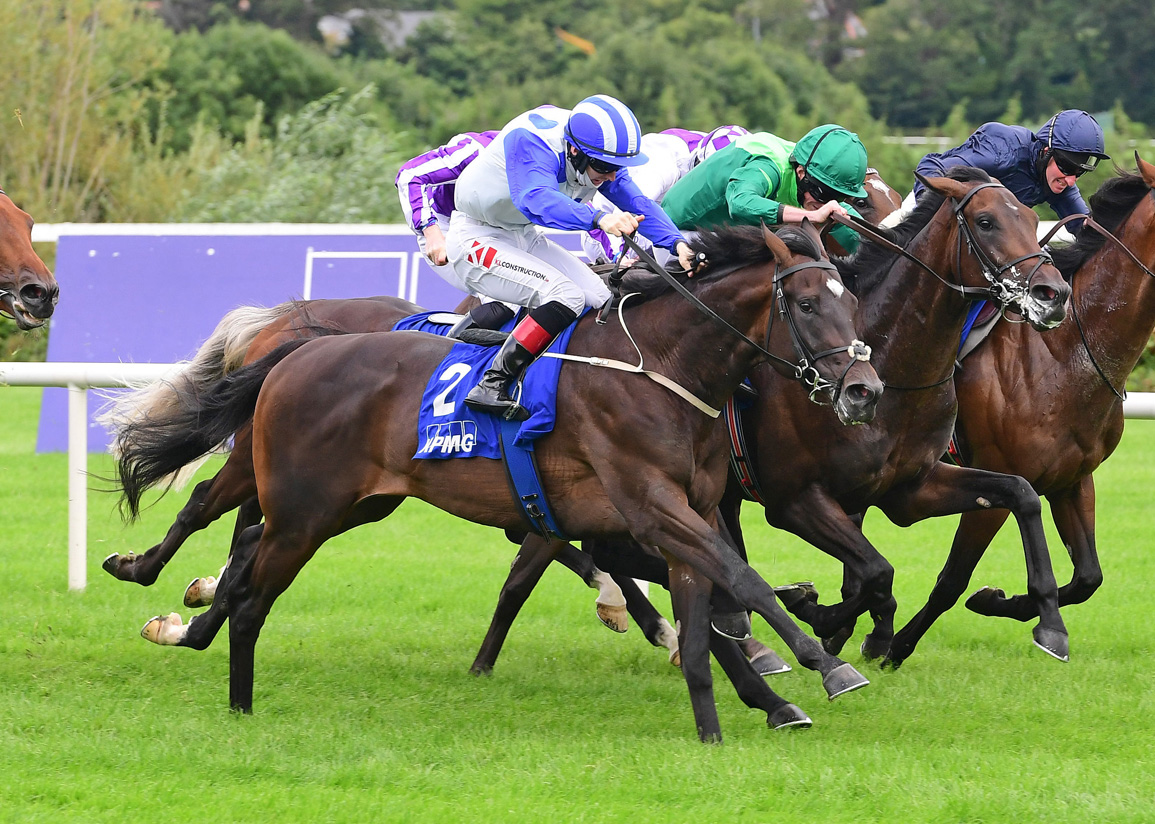 Fresh from winning the opening Listed Ingabelle S. on Saturday, Ger Lyons and Colin Keane combined to enjoy the perfect start to Leopardstown's Irish Champions Day when following up in the G2 KPMG Champions Juvenile S. with Atomic Jones (Fr) (Wootton Bassett {GB}). Owned by Sean Jones, David Spratt and Lynne Lyons, the bay who had won on his sole start in a seven-furlong maiden at The Curragh June 27 was restrained early from his low draw to race with two behind. Switched outside with three furlongs remaining, the 10-1 shot had plenty still ahead a furlong later but unleashed a sustained surge of acceleration to overhaul Stone Age (Ire) (Galileo {Ire}) 100 yards from the line. Battling from there, he registered a head verdict over that 10-3 joint favourite, with Absolute Ruler (War Front) a further half a length away in the first of several close finishes on the day.

Ger Lyons was racing for the first time in person for several months and was rewarded with a remarkable four-timer. “He's a fantastic big, strong Wootton Bassett–to be honest, he's one that I thought I'd be introducing at this time of year with one run before being put away for the winter,” he said. “That's it for this year and I'd say he'll be introduced at the same trip when he comes back, but he is one for 10 furlongs. He's a huge baby and I'd say he's a smart horse with plenty of ability. He's done that without even knowing he's done it, just pure raw ability. I think he's typical of the sire, good, strong and dependable and I love to see horses hit the line strong, as it shows you have something to work with. He's 70% there at the moment, if he is that much. Full credit to Kerri [Lyons] and the team, he was a good buy at Book 1 and Sean [Jones] and David [Spratt] are a huge part of the outfit, so anything I can repay them with is good.”