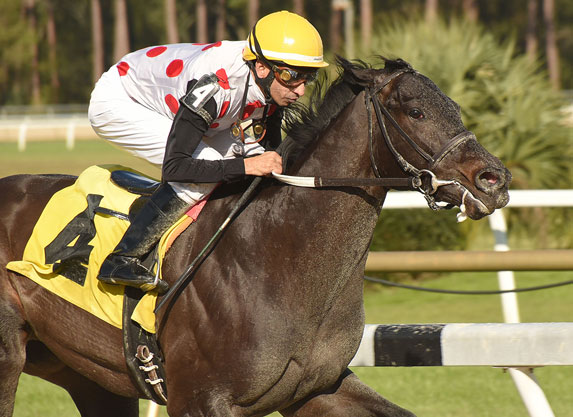 “He is one of those kind of horses that does what you tell him to do,” said trainer Michael Trombetta. “If I want him to work a half-mile in :52, he does it, and if I need him to work faster than that he'll do that, too. I've made several trips [to Tampa Bay Downs] to watch him work [since the Pasco], and he is doing everything I would have hoped for.”

Win Win Win has won three of his four career starts, notching maiden and allowance wins at Laurel Park before finishing second in that venue's Heft S. Dec. 29. With all four starts coming at sprint distances, the homebred colt will be asked to navigate a two-turn trip for the first time in the Tampa Bay Derby.

“We've been putting some nice gallops and nice breezes under him and he is doing everything he's supposed to, so I'm as anxious as anyone else to see what he will do,” Trombetta said.