Will Flightline Run Next Year? Farish Weighs In 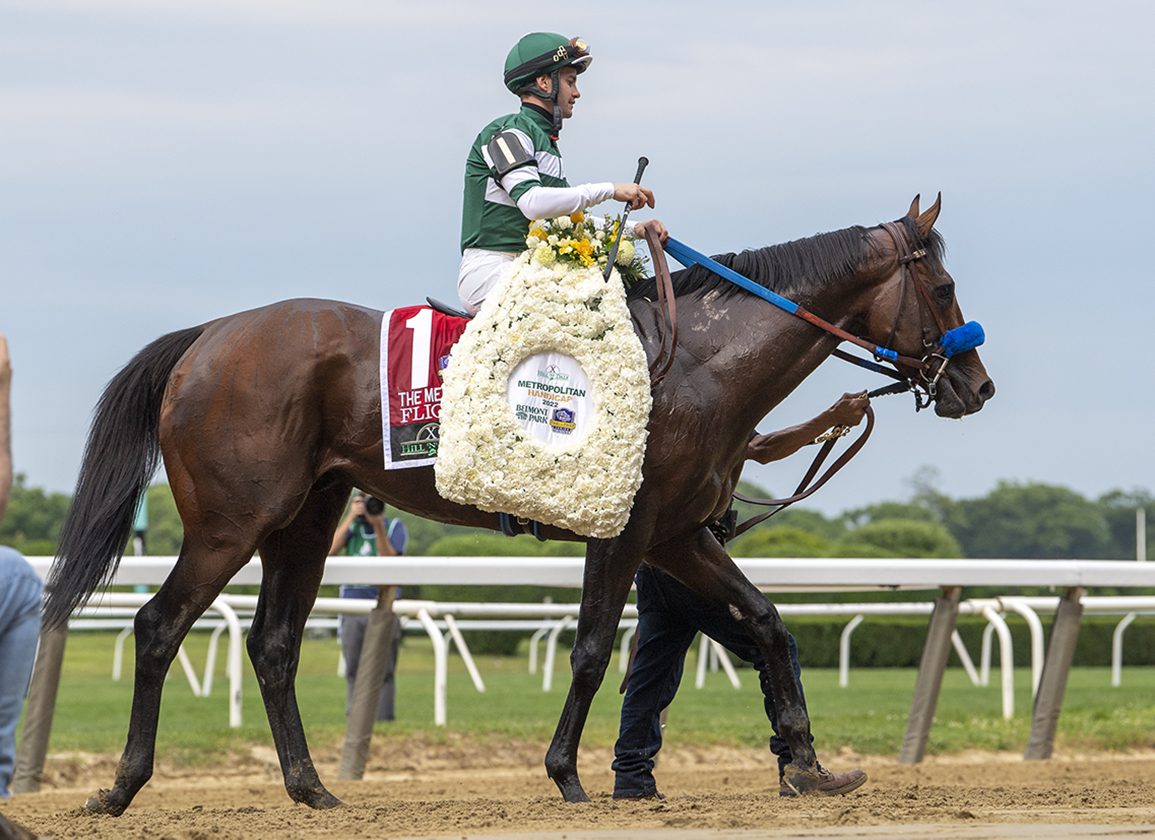 While a decision regarding whether or not superstar Flightline (Tapit) will buck industry trends and return to the races next year as a 5-year-old will not be made until after the Breeders' Cup, co-owner Bill Farish said he is open to the idea of bringing the horse back for a 2023 campaign.

Farish is just one of five owners, but his opinion could carry more weight than that of his partners. Farish is the general manager of Lane's End Farm, where Flightline will stand at stud after his racing career is over. Perhaps more so than anyone else in the group, he has more to gain by Flightline being sent off to stud, where he can make far more money than he could racing.

Even so, Farish understands that this decision involves more than just the bottom line.

“We are all racing fans and we all want to do what is good for the sport,” he said of the ownership group. “That weighs into this. When you get a horse who is this unique those aspects become bigger. He's such a unique talent that everybody would like to see him run multiple times next year and have a full season and maybe even go overseas. But it is a tough decision when you have a horse that may be as valuable as anything that has gone to stud in decades.”

The other owners are Siena Farm LLC, Summer Wind Equine LLC, West Point Thoroughbreds and Hronis Racing. Appearing on a recent edition of the TDN's Writers' Room podcast, Kosta Hronis said he was in favor of bringing Flightline back next year and said there was a “great possibility” that he will have a 5-year-old campaign.

“All the owners love racing,” Farish said. “There's nothing more fun than what happened at Del Mar the other day in the Pacific Classic. Everybody is a fan at heart. In a perfect world we'd keep racing him. But there are other things to weigh when making that decision.”

Farish said that the plan is for the owners to huddle after the Breeders' Cup and hash out Flightline's future.

“We have a pretty large ownership group and we've all agreed that we would discuss this after the Breeders' Cup and see where we are. It's really hard to say definitively what is going to happen,” he said.

The decision could come down to a vote among the owners, but Farish doesn't think that will be necessary.

“I think there will be a discussion and hopefully we will all agree as to what the right thing to do is,” he said. “I guess it could come down to a vote if there is a lot of disagreement, but I don't think that will be the case.”

When Flightline does retire, Lane's End will be his new home. As good as Lane's End's stallion roster is, on the day he arrives Flightline will be the farm's biggest star.

“We are very, very excited that he will stand at our farm,” Farish said. “We've been fortunate enough to have had some pretty special horses retire to the farm over the years. So, it's not a completely unique situation for us. This is what we are in it for. But this horse seems to be taking things to a whole another level.”