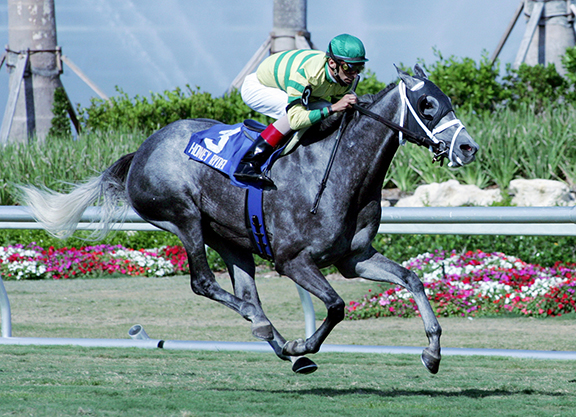 The terms `best’ and `favorite’ are typically two subjective concepts when it comes the Thoroughbred racehorse. The TDN’s Gary King reached out to key players from different facets of the industry to hear their thoughts. Email Gary King ([email protected]) to have your say.

Favorite: My favorite horse of all time was Honey Ryder (Lasting Approval). She’s the reason I’m in the horse business. She took my family and I on one helluva ride around the world. She went to two Breeders’ Cups, Dubai and won a Grade I in Canada. She gave me my first taste of what it’s like to win at the highest level. Her Grade I Flower Bowl win might be the most exciting race I’ve ever watched live. She won two Grade I races and 9 stakes races in 33 starts, and never missed a day. She was honest and tried every race.

Best: The best of all time? That’s a tough one for me. I don’t think it’s fair for me to pick a horse that I never witnessed run in my lifetime. To me, Frankel (GB) (Galileo {Ire]) was probably the most dominant horse I’ve ever seen. The 147 Timeform rating is truly incredible. Hard to say who the best ever is but he’s the best I’ve ever seen.

Favorite: Wise Dan (Wiseman’s Ferry). I was able to witness many of his wins in person. He ran to the age of seven, and won on every surface. He had a huge heart and a will to win.

Best: Alydar (Raise A Native). One of the best horses in history that was never crowned a Champion. He had such a great rivalry with Affirmed (Exclusive Native), and became an influential sire and broodmare sire.

My personal favorite is Zenyatta (Street Cry {Ire}). The moment she crossed the wire first in the Breeders’ Cup Classic is still to this day the most overwhelmingly euphoric experience I’ve had at a racetrack. The collective joy of that crowd applauding is something that I hope I get to experience again. The eerie silence one year later when she lost at Churchill [to Blame in the Classic] brought me to tears, and was an outcome that I didn’t want to believe for a very long time. The big moments made an impact but I remember so many little moments as well. Mornings at the barn watching her train, her personality and that dance that seemed to build and build over the years, her narrow victory at Del Mar when it looked as if the streak had been broken too soon. The list goes on and on.

Best: It has to be American Pharoah (Pioneerof the Nile). Quantifying this seems impossible but my all time best is AP. Many tried and failed in my lifetime and it started to seem like winning the Triple Crown wasn’t going to be possible in modern racing. The ease with which he accomplished that feat is almost unbelievable when you look back on those three races now. And shockingly, he seemed to get better in the Haskell and Breeders’ Cup Classic. He had it all, the mechanics of his stride were perfectly efficient and his kind and gentle nature was just the cherry on top. He was the ultimate racehorse.