What Would You Fix First? Erin O'Keefe 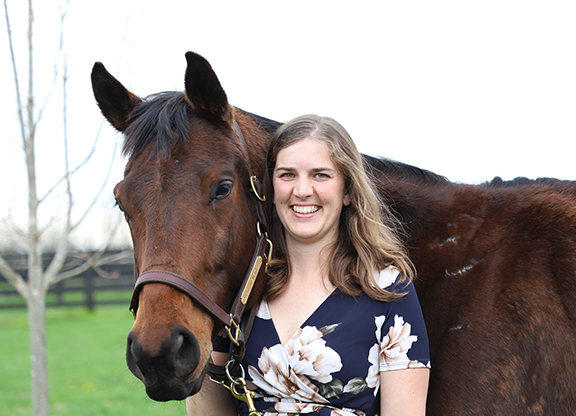 For the past few weeks, we have been running a series of responses to The Jockey Club's proposed cap on a stallion's book at 140 mares. Many people expressed the feeling that there were more pressing problems to which the industry should attend. So we asked a group of respondents, `What would you fix first?'

What would I fix first about the Thoroughbred industry? In a word: everything. There isn't a facet of the industry that cannot be improved. The central driving feature of this industry is the Thoroughbred horse-a creature that captures the dreams and imagination of almost every child. Able to represent peak masculinity as the valiant steed of cowboys, knights, and princes and simultaneously be the real-world embodiment of little girls' dreams of unicorns, Pegasus, and the dream horse with an unspoken bond, we have the perfect product to market. And yet we are losing fans. Clearly, as an industry, there are tremendous changes that need to occur to allow this industry to thrive and achieve its full potential.

The industry agrees that ease of access and participation in the sport is a key issue. The way to efficiently do that is to consolidate control with a single entity. I recognize that this is complex and difficult, but this industry can not shirk away from the challenge. While no single entity currently wields the power to create change easily, if we could set aside egos and individual financial goals, we could come together as an industry and create change. Everybody is willing to say that changes need to happen and have meetings about it. But it is not enough to pat yourself on the back for talking about things, and never stick your neck out and work for change. Those in power need to be willing to rock the boat and demand change. We need a single, national governing body. If you don't think we need that, I encourage you to speak to someone outside of the industry and tell them we don't already have that. Look at their shocked expression, answer their questions about why an industry this large doesn't have a governing entity, and then try and tell me it wouldn't improve our public image. The debate for federal control vs. self-regulation is valid. In my opinion, whatever reform we can agree on is what needs to happen. But rather than pass the buck to the federal government, I urge everyone to think about if we want control handed over to those that do not have a vested interest in or understanding of the industry. We would gain uniformity in some areas, but it would not solve all the issues the industry has.

Many people are quick to fixate on medication policies as the thing that needs to be uniform and controlled, and I'm not disagreeing with that. But it is important to realize that a governing body should do much more than just create uniform medication policy. And it is more important to have a complete solution than to argue over what the specific medication rules should be. Put together an entity that has a public relations department to address media issues. Have a safety board that oversees tracks and shares ideas, allowing tracks to learn from the mistakes of others. Have an aftercare branch that works to make sure all horses retiring do so safely. Have a horseman's division to advocate for those who make their living in this industry. Have The Jockey Club to make the best rules for the breed, and allow rules to be enforced across the ENTIRE sport. Fund research to allow for medication and welfare policies based in science and fact. Share data across the industry to improve the sport and make racing more accessible to the general public.

As an industry, we need to stop squabbling about the most pressing issue. At the end of the day, it doesn't matter if access to information, or betting takeouts, or stallion book size, or racing surface are the biggest issue. They are all big enough issues and need to be addressed. Now. Every organization associated with racing needs to collaborate with each other, like a team, to develop a governing body so that so everyday hurdles are minimized in an effort to address the pressing issues efficiently and to rebuild what was not long ago the most popular spectator sport in America.

Erin O'Keefe is the director of operations for Taste of Victory Stables.