Home » Archive » Shared News » What Are You Bingeing?

What Are You Bingeing? 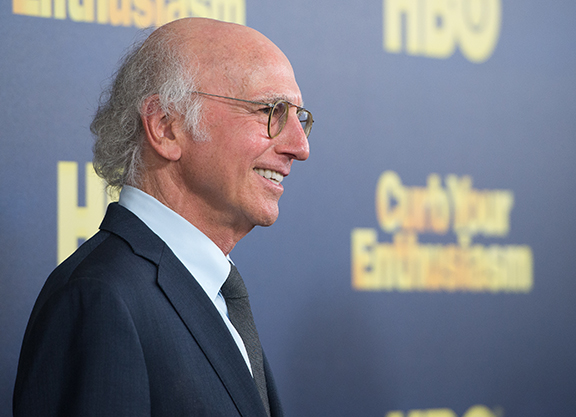 In these days of self-isolation, the need to find your next great t.v. series or movie is greater than ever. We asked some industry folks what they're watching these days, and for their top recommendations to last us until we can leave our homes again. Pull up a couch!

I just watched Shawshank Redemption the other night. It's on Netflix right now. It's a classic, timeless movie that celebrates friendship and perseverance – a perfect film for the current situation!

I am in lockdown in Florida with my 17-year-old daughter Lauren, who is home from school in Connecticut. We were flipping through Netflix and I asked her if she had ever seen Shawshank Redemption? Surprisingly to me, she said she had never heard of it?! We watched it and she said it is one of the greatest movies she's ever seen!! Made me feel like maybe I'm not so old and uncool after all!

The Man from Snowy River of course!!! I truly believe this movie is the reason I married an Australian. Incredible views and scenery, amazing horsemanship (yes that was actually him riding!). Great love story ….

I'm not sure everyone will remember but Phar Lap was the best by far, but in these times we're in maybe Secretariat is a feel good story? Food for thought!

Some other good series current or recently on PBS here: A Place To Call Home (Australian drama); 800 Words (set in NZ); Les Miserables (best production of this classic I've seen).

I always love watching anything that can make me laugh, especially during a time like this. One of my favorite standup comedy routines is Ellen DeGeneres: Here and Now (2003). You can watch the full HBO special on YouTube: https://www.youtube.com/watch?v=_W9JZkHdCdA

As far as movies, I recently watched Knives Out On Demand, which I guess I would describe as a modern day Clue. I found the movie to be far better than the trailer makes it out to be.

Good Girls is one of my current favorite TV shows. It features three average suburban moms who get tangled up in a world of crime while trying to solve their money problems. It's funny, smart, suspenseful and has a great cast. I also love the music choices that accompany the show. You can catch up on seasons one and two on Netflix. Season three is currently airing on NBC, Sunday nights at 10:00PM ET. https://www.youtube.com/watch?v=EXJdwEtqaSs

As far as movies go, I've been enjoying a lot of throwbacks from the '90's and early 00's. Next up for me is Mrs. Doubtfire. https://www.youtube.com/watch?v=PqxpC_jYncE

The first season of The Outsider, which just concluded on HBO, was really well done and definitely worth a watch–maybe during the day, though. Succession is another HBO must watch if you haven't already seen it. Ozark on Netflix will appeal to Breaking Bad fans, and season three drops Friday. Fleabag is great for something closer to a comedy, though it's not exactly uplifting. I got roped into watching Love Is Blind, and will admit it was easy to get lost in.

My go-to for distracting entertainment is stand-up comedy, most recently watching Sebastian Maniscalco's special, “Aren't You Embarassed?” on Amazon Prime. He also has three other specials on Netflix available. I am keeping up with Curb Your Enthusiasm on HBO, but older seasons are available on Amazon Prime. My current favorite show, Schitt's Creek, is in its last season on TV, but the previous seasons are available on Netflix and are definitely binge-worthy.

If you're a fan of cold-weather who-dunnits, I'd recommend Shetland and, if your Finnish isn't great and you don't mind reading your TV, Deadwind. I also enjoy The Magicians. If people still watch network TV, Stumptown on ABC is a good watch, too.

I had been looking forward to The Hunters, the new show on Netflix about Nazi Hunters in America in the 70s and 80s. But I watched two episodes and decided this wasn't the time I needed more stress in my life. I agree with Becky Thomas and Kristen Lomasson that Curb Your Enthusiasm is about the only thing that completely takes your mind off things right now. I also plowed through Netflix's new Virgin River in under a week. And I can't wait for season 2 of After Life on April 24…especially if we're still inside.