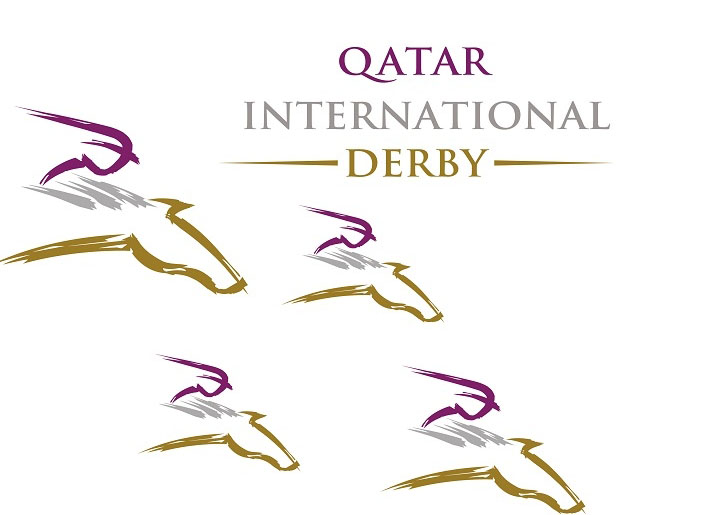 With my passport currently collecting more dust than stamps these days, I didn't have to think about it long before accepting an invite to attend this week's Qatar International Derby.

With leading trainers Brian Meehan (UK), Tom Dascombe (UK), Mike de Kock (UAE), Mario Hofer (Ger), Rune Haugen (Nor) all with entries, and the effervescent globe-trotting Frankie Dettori booked for mounts, there will be plenty of international flavor (er flavour) on display for sure. But the home team does hold a very strong hand in the Derby, too, with top local conditioner Jassim Al Ghazali represented by four runners alone. More to follow on the participants.

Selected as the host site of the 2022 FIFA World Cup (the first Middle Eastern country to earn this honor), Qatar is quickly becoming a force in racing at home and abroad as well. The Qatar Racing and Equestrian Club has sponsored the prestigious Qatar Prix de l'Arc de Triomphe in France since 2008, and under the current agreement, will do so through 2022. And QIPCO, one of the leading private investment companies in Qatar, also has its name attached to several high-profile races, including the lucrative British Champions Series at Glorious Goodwood. Qatar's International Equine Sword Festival, meanwhile, spearheaded by the HH The Emir's Trophy, is held at Al Rayyan in late February. Al Shaqab Racing's Dubday (GB) (Dubawi {Ire}) has won the past two renewals of the aforementioned feature.

The State of Qatar–which gained independence in 1971–is a sovereign country located in Southwest Asia, occupying the small Qatar Peninsula on the Northeastern coast of the Arabian Peninsula. Ruled by The Emir, HH Sheikh Tamim bin Hamad Al Thani, Qatar's total population is estimated at more than 1.7 million, with over 40% of the nation's population living in the rapidly growing capital city Doha. Transactions are done in the Qatar Riyal (QR3.65 = US$1).

After a 1 1/2-hour drive on a foggy Sunday morning from the Jersey Shore to Philadelphia airport and a subsequent nonstop 12+-hour flight (my 6′ 2″ frame has never been more comfortable in economy, thank you Qatar Airways), I touched down in Doha shortly before 7 a.m. Monday.

There was plenty to take in on the drive to the Ritz-Carlton, including the spectacular Doha skyline (hard to imagine that it's still a work in progress considering all of the construction cranes in place) and the gorgeous Corniche waterfront promenade. My affable driver Henry from Kenya made me feel at home from git-go, offering suggestions of which sites to check out during my stay while his American-centric playlist, featuring several songs by The Weeknd, played in the background.

While only in town for three days/two nights, it's time for me to get going…