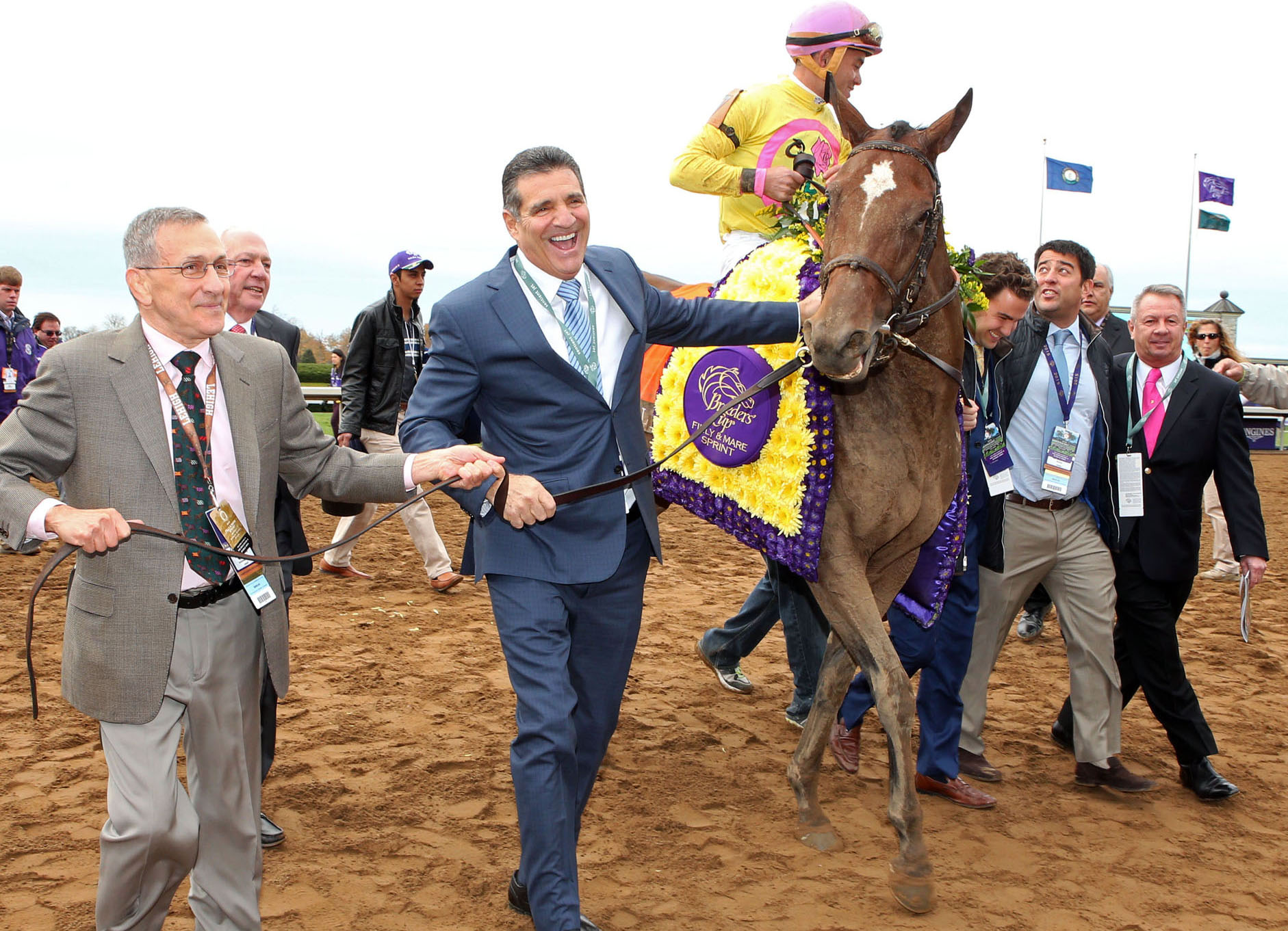 Wavell Avenue (Harlington), a 10-1 upset winner of the GI Breeders' Cup Filly & Mare Sprint at Keeneland Oct. 31 (video), will return to the races for her 5-year-old season in 2016, according to owner Michael Dubb. The dark bay is currently based in South Florida with trainer Chad Brown's Palm Meadows string.

“She obviously completed with flying colors the test that we gave her and Chad [Brown] feels that we haven't seen the best of her yet,” Dubb commented. “He wants to take his time with her. He wasn't looking to try and squeeze another drop out of the lemon this year.”

Major objectives for Wavell Avenue in 2016 include: the GI Madison S. at Keeneland in April; the GI Humana Distaff S. at Churchill Downs on the GI Kentucky Derby undercard; the GI Ballerina S. at Saratoga in August; and a return trip to the Breeders' Cup Filly & Mare Sprint at Santa Anita in the fall. All four races are contested at seven furlongs.

“I'm not 100% sure that it has completely sunk in,” Dubb replied when asked to reflect on winning his first Breeders' Cup trophy. “The goal that everybody in the game has is to one day win the Derby. And if you can't win the Derby, then you want to win a Breeders' Cup race. We tried a bunch of times. This was about my 12th trip to the Breeders' Cup and the best I ever previously had was a second-place finish with [GI Spinaway S. heroine] Grace Hall [in the 2011 GI Breeders' Cup Juvenile Fillies]. I just never really imagined that it would happen.”

Like the majority of Dubb's powerhouse stable–which has claimed the past two owner's titles at the prestigious Saratoga meeting–Wavell Avenue is campaigned in partnership. Being able to share the ride with co-owners and close friends like David Simon, Sol Kumin of Head of Plains Partners LLC and Mike Caruso's Bethlehem Stables is what it's all about, according to Dubb.

“The fact that it happened with guys that I'm so close with and could share it with such good personal friends of mine made it all that more special,” said Dubb, who has also campaigned recent Grade I winners Belle Gallantey (After Market), Condo Commando (Tiz Wonderful) and Slumber (GB) (Cacique {Ire}). “Particularly Dave Simon, who is a neighbor of mine at our winter condominium in Florida; Mike Caruso, who's been a close friend first and a partner second for years and years; and Sol Kumin, who is new in the game, but we became fast friends and also spend a lot of time together.”

Dubb continued, “We're all family. We really are. It's not about who owns what. It's just about sharing the experience together.”

Wavell Avenue was acquired as an unraced 3-year-old for $70,000 out of the Eugene Melynk dispersal at the 2014 Fasig-Tipton Summer Selected Horse of Racing Age Sale (catalogue page). Bred in Ontario by Melynk, she is the second foal from the multiple stakes-placed Silver Deputy mare Lucas Street.

“Going back to the beginning, the credit goes to [bloodstock agent] Steve Young who picked her out,” Dubb acknowledged. “He kept telling me that she was a runner. I think part of it was just figuring her out. Her first start was sprinting on grass at Saratoga. The light bulb really went off when we dropped her down to easier company [for her maiden win] and we haven't looked back.”

Dubb–a member of the New York Racing Association's Board of Directors–is the founder and chairman of the Long Island-based Beechwood Organization, which has built more than 6,000 homes in 60 communities since its inception 30 years ago. Any significance behind Wavell Avenue's namesake?